I recently collected my final paycheck from the resort at which I work, meaning for me the summer has officially come to a close. Last week’s two and a half inches of rain and the nighttime temperatures dropping into the low 30s punctuated the fact. It’s probably for the best, though, because I’ve temporarily reached the limits of my psychological carrying capacity.

All of us at the resort got a chuckle out of that term, which was introduced into conversation by a co-worker who’s enrolled in a parks and recreation degree program. The reason we found it humorous was because it’s an over-the-top, academic way of saying that we’re tired of dealing with tourists. Don’t get me wrong. We all have a great time at work and understand that our livelihoods depend upon people visiting Lake Tahoe and spending their vacation money. However, if you’ve ever had a job in your life you know there’s always a point at which you reach your wits’ end with either your customers, co-workers, the work itself, or the technology used to perform the work. In the outdoor recreation industry I find that it tends to be the customers, and this point often occurs sometime during the final weeks of the season. No matter how positive the interactions are, you simply grow tired of repeatedly answering the same questions and having the same conversations. The only real remedy is to take some time off to recover and allow your state of mental health to reset. Fortunately, time off is inherently built into the seasonal work rotation (i.e. I don’t have a job right now). 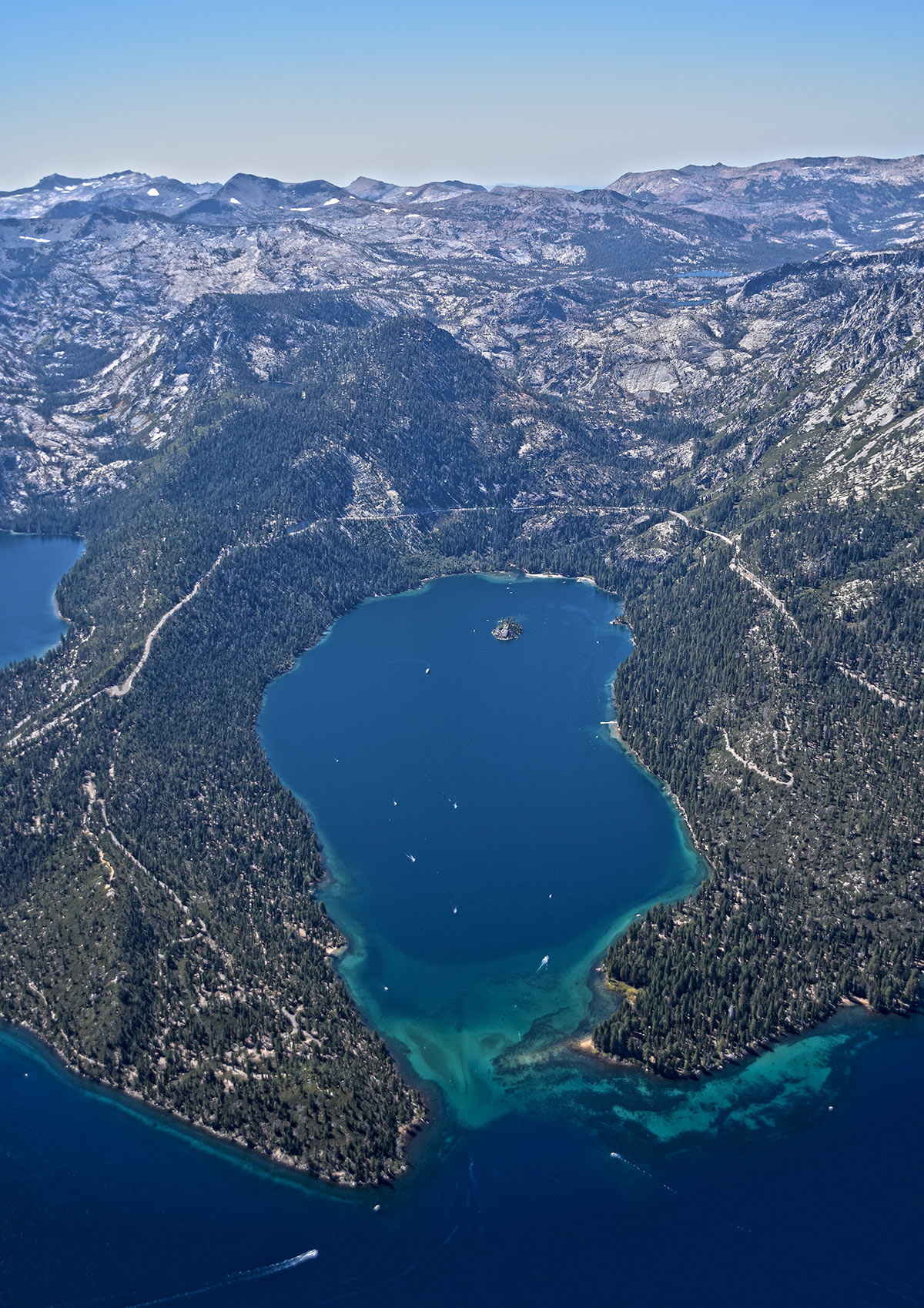 So, for the past week I’ve been taking a closer look at this concept of carrying capacity. Mostly I was inspired to research the topic because my parents were in town visiting and I had the opportunity to see Lake Tahoe through their eyes. But the long-term factors behind my inquiry include:

Although carrying capacity is a fully developed concept that’s been used to study the tourism industry, as a measurement tool it’s considered flawed by many people. The reason for this is because it attempts to quantify a dynamic location or resource and subjective experience. Regardless, I find it an interesting lens (or lenses) through which to view the world. There are multiple subcategories of carrying capacity, but generally they all include the following four environments: 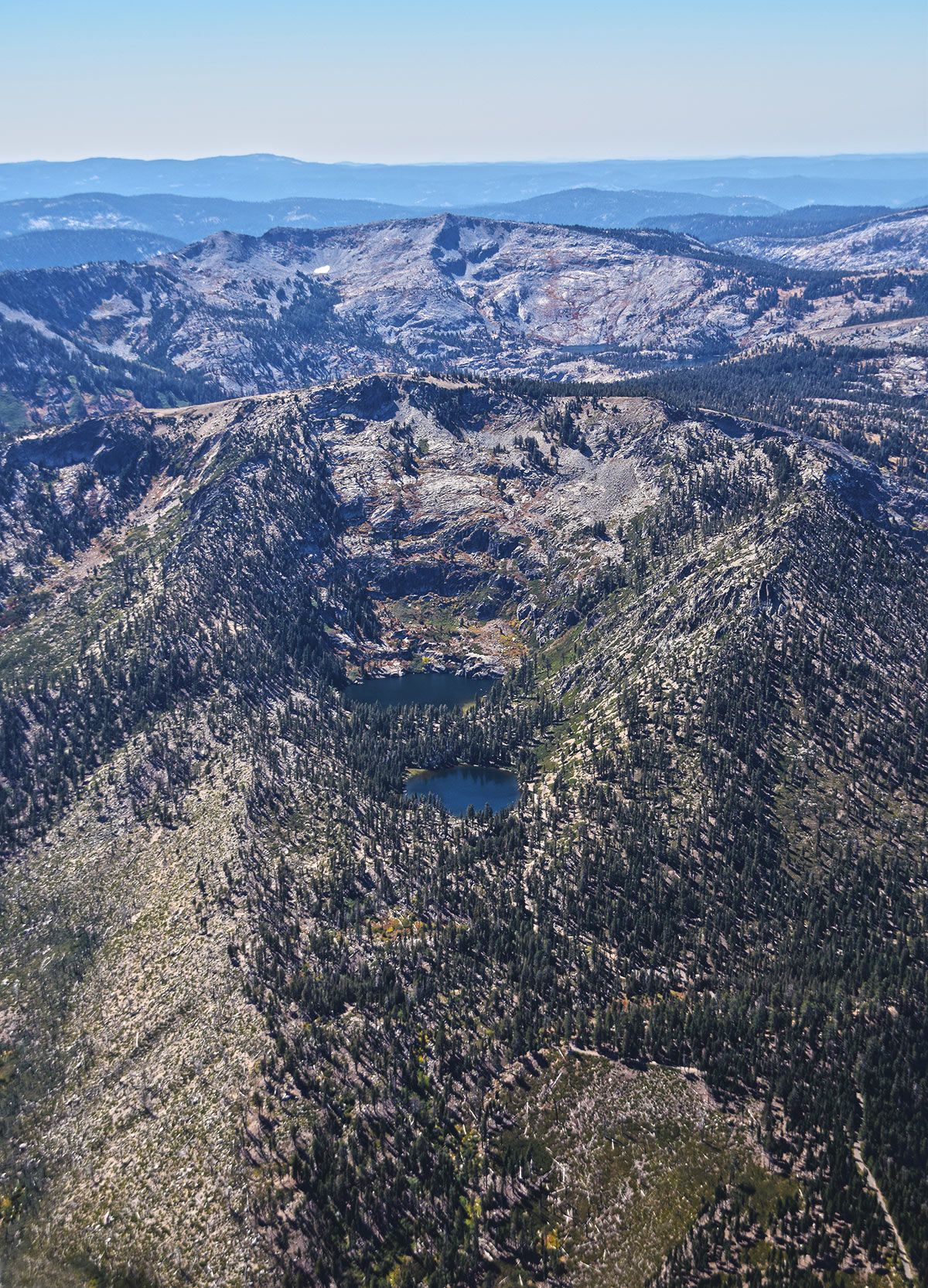 As you can probably imagine based on their descriptions, there’s no accurate or consistent way in which to quantify information in terms of “capacity” about these environments. Even the physical environment, when viewed in the context of a large land area such as a state or national park, is impossible to accurately measure with regard to capacity (and its potential impact). Unless you’re talking about a finite space like a single room or structure that’s confined by walls, how can you actually determine whether or not the location is at, above, or below capacity? Ecologically, a thousand people hiking a trail through the park over the course of a summer will clearly have an impact on the terrain. However, as long as they stick to the established trail and adhere to Leave No Trace principles, their impact will be minimal compared to the small group who decides to destroy on a whim a land feature that took thousands of years to form.

Again, an inherently flawed approach, but the nature of the concept is inspiring because it dares to ask and seeks to answer the enigmatic question “how much is too much?” I’m visualizing carrying capacity with Lake Tahoe tourism in mind, but the question clearly has broader implications.

How many humans can the city, state, country … earth safely accommodate or sustain?

Will the earth and its flora and fauna be able to sustain or recover in spite of an increased human population and the fact that people are living longer than ever?

In a global economy where foreign money has the potential to disrupt entire economies, is that money actually contributing to the long-term sustainability of the recipient nation?

A light topic for contemplation during my first week off from work, no? What can I say? Places like these are where my mind travels when I start to ask questions about my life and the path I’ve walked. 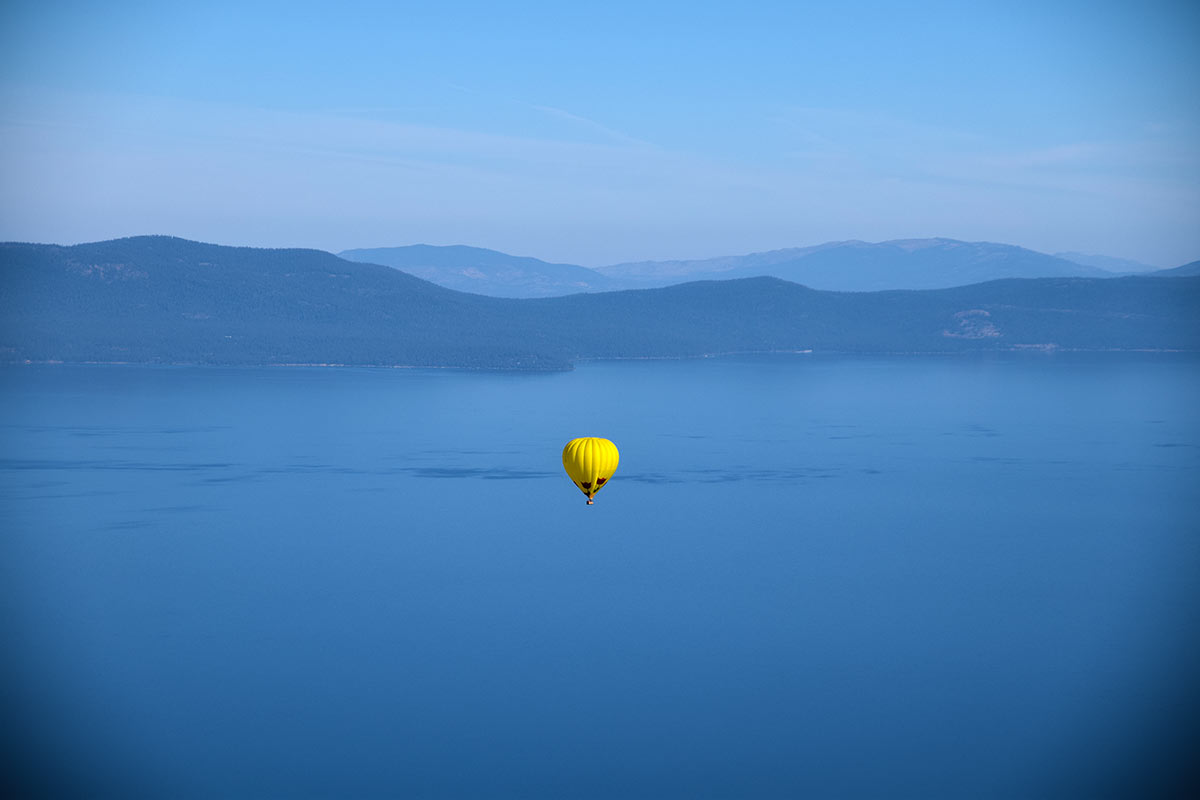 One of the questions brought about by this topic of carrying capacity has been whether or not I’m contributing in a positive way to the tourism industry of Lake Tahoe via my outdoor blog Tahoe Trail Guide. I’ve always encouraged people to go outside and have adventures. I find nothing more inspiring than exploring the natural world. However, despite my efforts to share universal lessons and philosophy with each article I write and to encourage people not only to go outside but to do so responsibly and ethically, I can’t deny that the trails, history, and photos I feature focus on Lake Tahoe.

Can we accurately determine whether or not we’re at, above, or below capacity (in all of its categories) at Lake Tahoe? It’s hard to say. I do know that there are plenty of long-time locals who’d love nothing more than to see all websites and information about Lake Tahoe scrubbed completely from the internet. Too bad we can’t put the toothpaste back into the tube. Even if we could, though, we’re about 150 years too late for that because the toothpaste escaped in the mid-1800s when the first white settlers started coming to Lake Tahoe. So the idea that we should close the door behind us since we already made it through is both selfish and naïve. Besides, have you traveled anywhere in the last decade or two and said to yourself, “Gee, there are so many less people and buildings here than I expected (or remember)?” I doubt it.

Although there’s no question in my mind that I’m building something worthwhile and helpful for people looking to safely play outdoors, I do have to occasionally check myself to ensure that I’m not becoming that old curmudgeon shaking his fist and screaming at the neighborhood kids to “Stay off of my lawn!”

Fortunately, I have a couple of weeks before starting my cross-country ski center job in north Lake Tahoe in order to refresh my psychological carrying capacity. 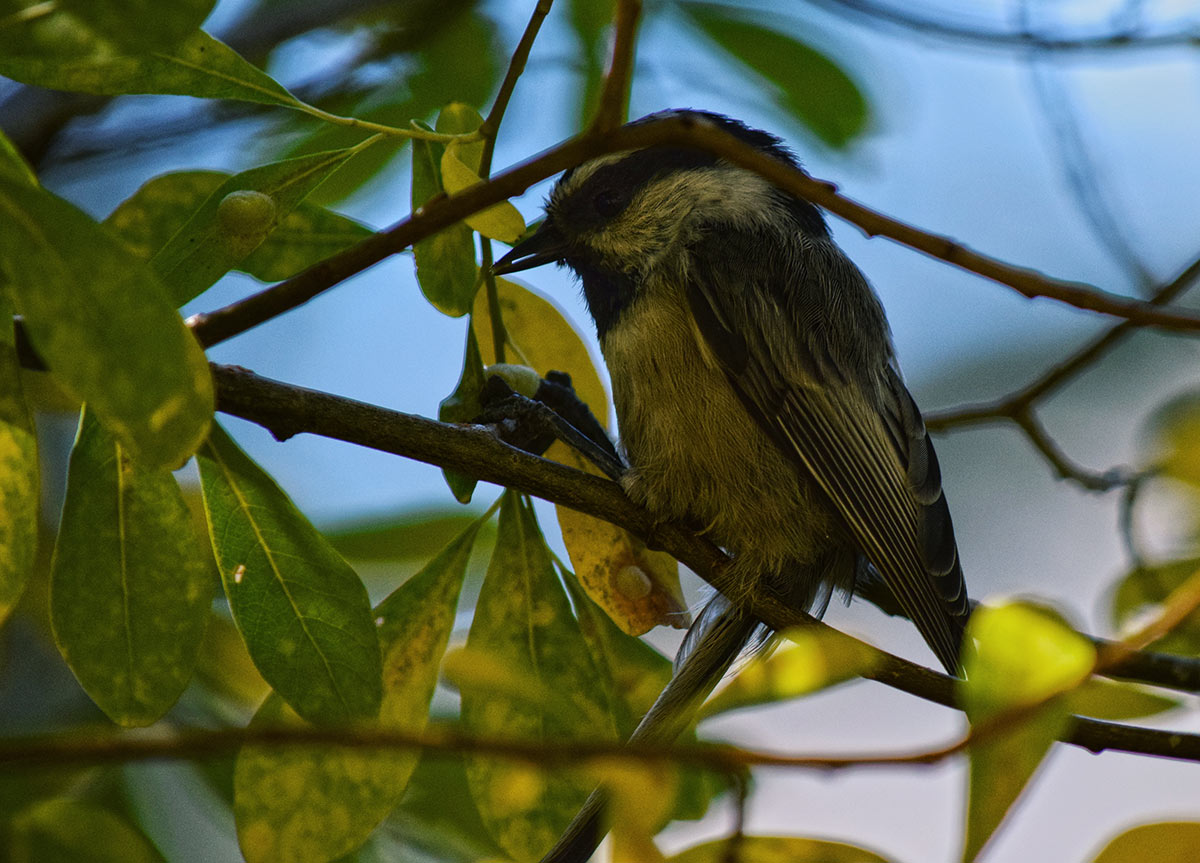 Two of the three articles I wrote took some additional time to finish as they were a bit more complex than my usual fare. The history lesson about Vikingsholm features interesting information about the castle itself as well as its creator Lora Josephine Knight and its protector Helen Smith. Right now the Kokanee Salmon are spawning at Taylor Creek (south shore of Lake Tahoe), so check out the article as they are pretty interesting fish. The trail to Captain Pomin Rock is a bit more obscure than most hiking trails at Lake Tahoe, but a rewarding one nonetheless. 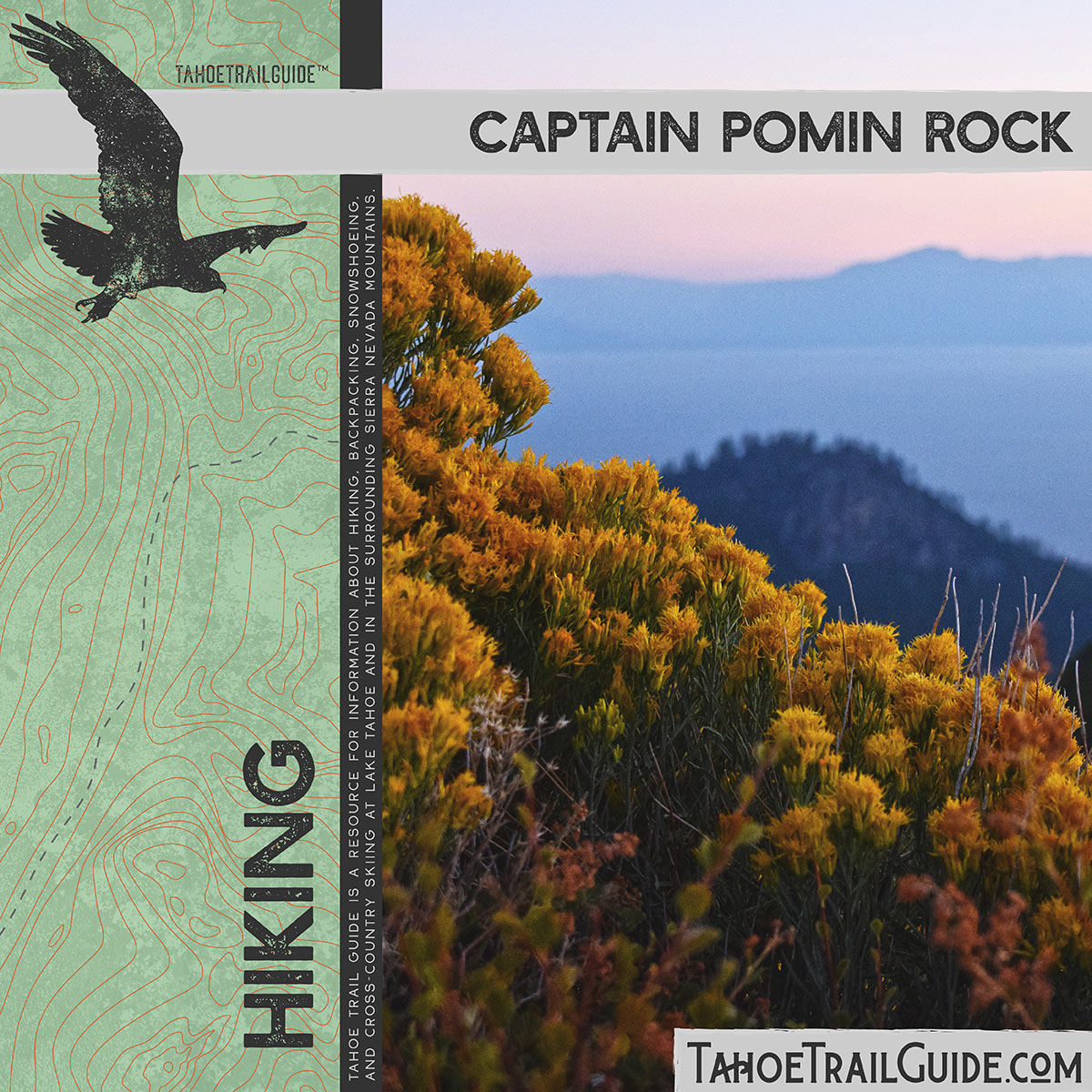 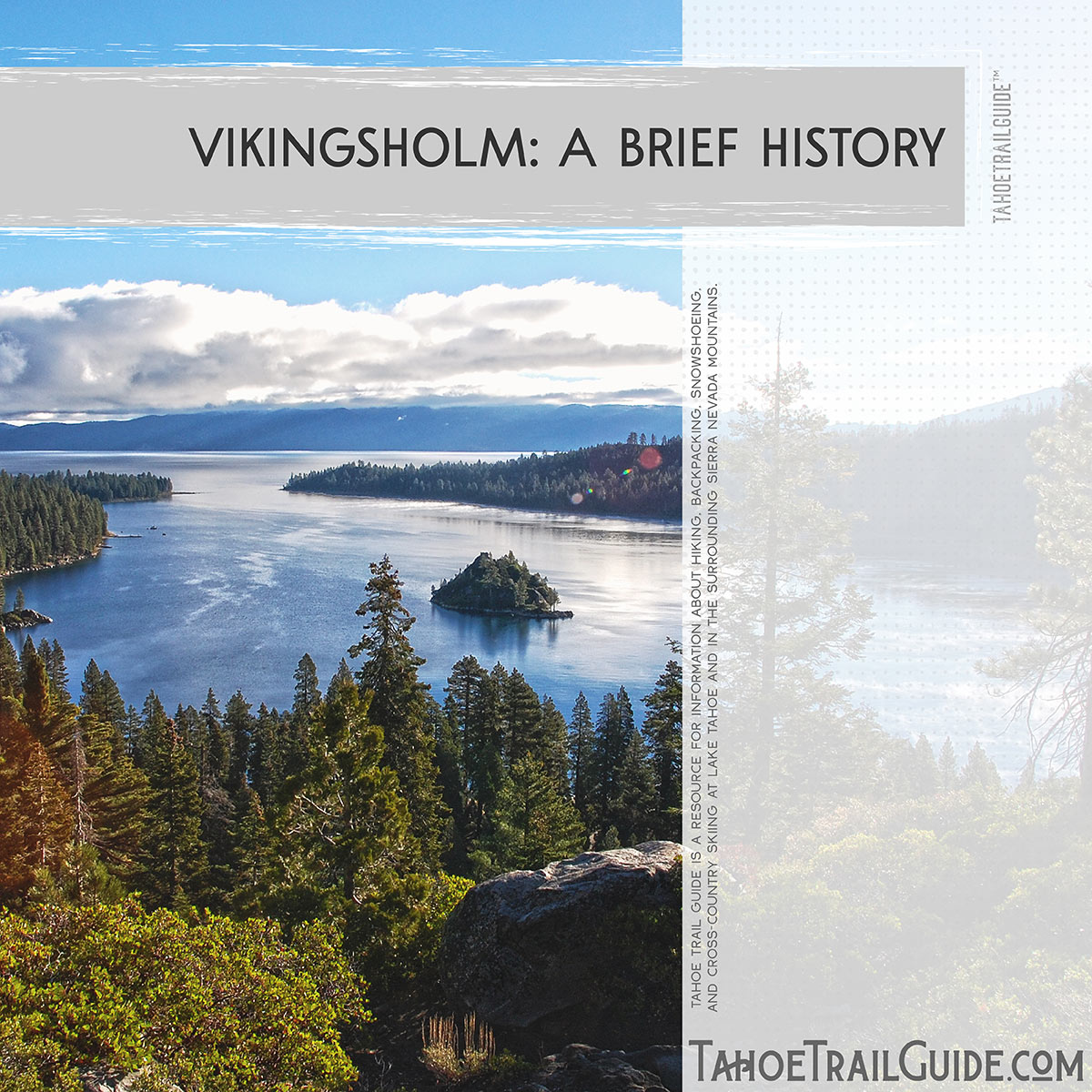 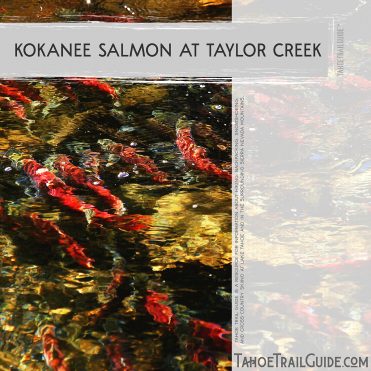