People close to me know that I frequently immerse myself in new (and sometimes bizarre) endeavors. Just look at my “resume” and you’ll see that there’s no rhyme or reason to my life’s trajectory. For example, I went from serving in the US Marine Corps to becoming an artist. I went into the Army National Guard, only to wind up becoming a massage therapist. I worked with at-risk youth followed by self-publishing a horror comic book and then an illustrated memoir about hiking. And I’m sure that over the past year and a half of writing these letters I’ve described more than one rabbit hole into which I’ve jumped.

So, one of the questions I’ve wrestled with for much of my life is … where does my desire to try new and seemingly random things stem from? 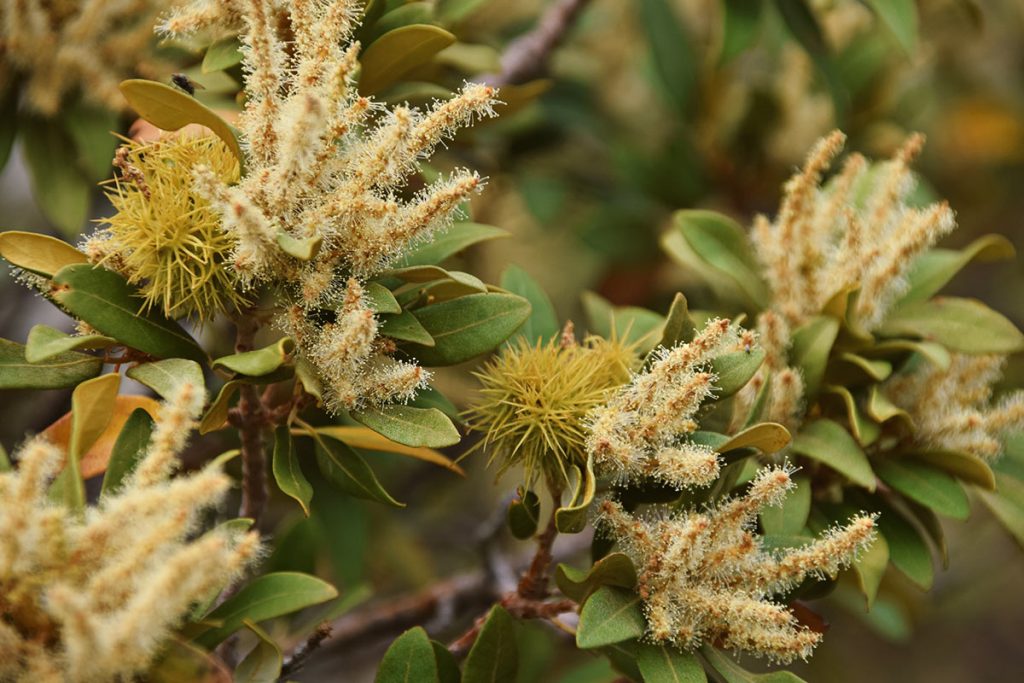 Close-up of Chinquapin in bloom on August 6, 2018. Please note that this stuff stinks! © Jared Manninen

That question is a bit of a set-up, though, because it’s actually an easy one for me to answer. I like to learn. I love to learn. Curiosity is the obvious reason for my pursuits as it’s the basis for all knowledge and passion, but everyone has diverse interests. In this respect I’m no different. Besides, in and of itself, curiosity can be pretty short lived. Like many people, once the “mystery” has been revealed I find that I quickly lose interest in the subject and move on.

If curiosity is the starting point, then the follow-up question is … what fuels my curiosity to the point that I totally plunge into new areas of interest and study (and sometimes do so on a whim)? Most people don’t know, but the reason I became a massage therapist was because back in college I was gifted a 30 minute massage after completing some yardwork for a neighbor. That brief experience had such an impact on me that two years later (and only a year after earning a bachelor’s degree in communications) I was back in school, enrolled in a 760 hour massage therapy program that lasted 48 straight weeks and cost me thousands of dollars. I worked as a professional therapist for the following five years and then quit cold turkey. Admittedly, that’s only one example of many where I’ve invested a bunch of years and money into a pursuit only to eventually let it go completely. Who does that? And who does that multiple times throughout their lives? 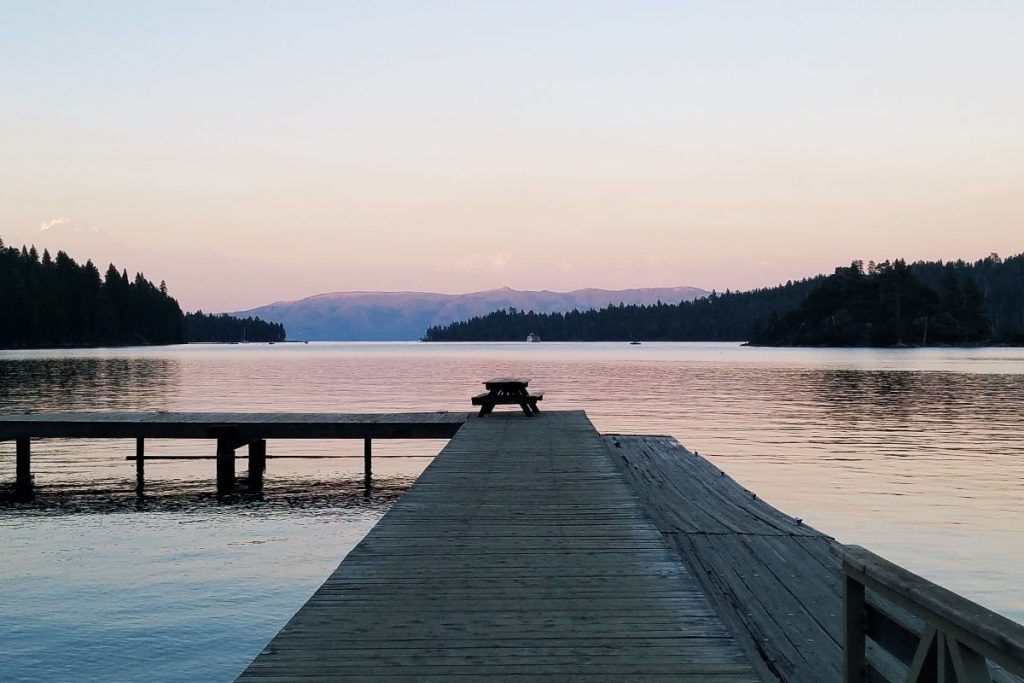 View of Emerald Bay from the dock at Vikingsholm on August 15, 2018. © Jared Manninen

So I keep asking more questions of myself to determine what it is exactly that I want out of life, as well as what truly motivates me to get out of bed each day. Through this examination, I begin to see a more compelling factor to my curiosity than being content with merely taking a peek behind the curtain.

Some paths clearly lead to either more peace or more suffering, but ultimately there’s no right or wrong way to experience life. Standing on the edge of the water and looking out across it is one way to experience an alpine lake. On the other hand, submerging yourself in the lake and letting its waters envelope you, then standing in the mud, gravel, or stone that lines its bottom and looking out from it is a completely different experience. Again, neither is right or wrong. They’re simply different and directly based on your interaction with the activity. 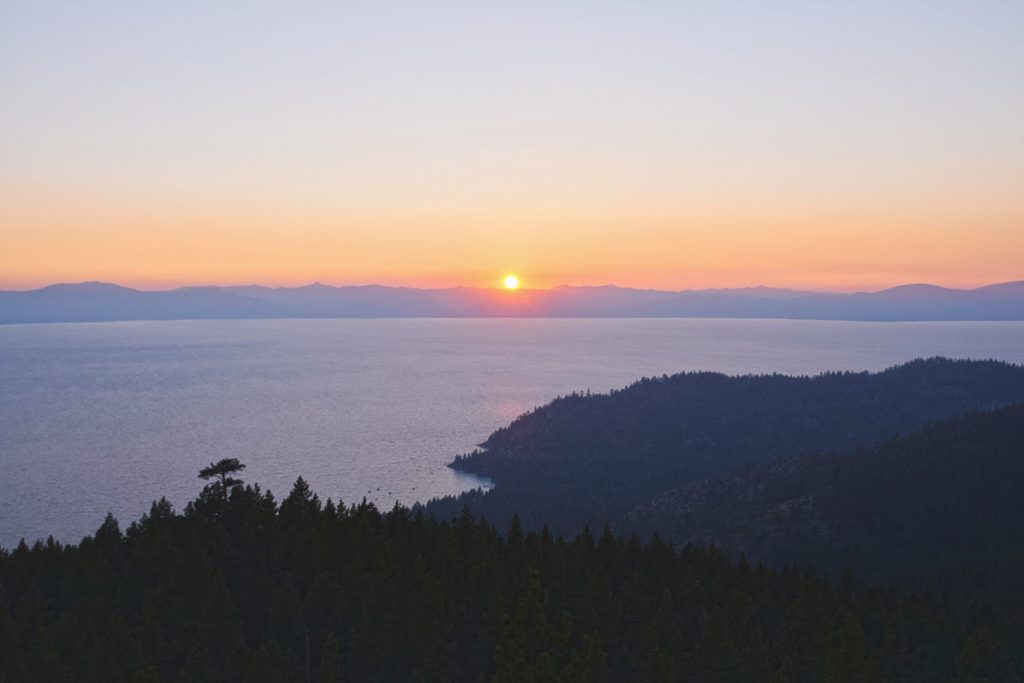 For better or worse, the latter example has been my usual approach to experiencing life. I like to dive in head first and learn to see the world through the framework or context of the new activity. This approach to life is a lot like switching lenses on a camera, adding a filter to it, or simply moving to another location in order to see the subject from a different angle (but not nearly as easy to accomplish!). You’re ultimately looking at the same thing (i.e. Life) but with a new perspective.

The reason I say “for better or worse,” is that in order to live life this way it does take a commitment and sometimes total surrender to the activity in question. For most people, this is simply not a reality because they’re already consumed by the life experiences of careers and/or families, for example. I get that, and often I’m jealous of those lifestyles because they make sense. In reality, however, any one of my past pursuits could’ve been a full-time career that would’ve afforded me the opportunity to own a house and raise a family. 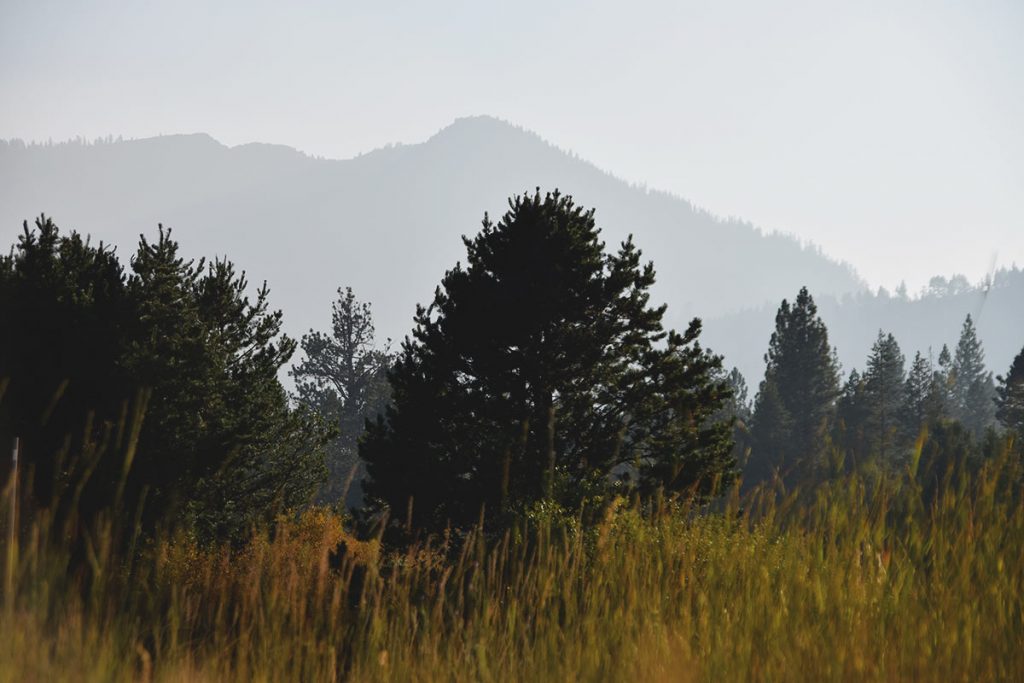 View of Angora Peak on August 25, 2018. Some smoke from various California wildfires still occasionally hangs in the air at Lake Tahoe depending on the direction of the wind. © Jared Manninen

So what keeps compelling me to drop those activities altogether and start from scratch in a completely new environment?

That’s the million dollar question for which I can’t seem to find a definitive answer. I refuse to simply chalk it up to boredom, although that’s how it feels sometimes, because none of the things I’ve done are inherently boring. In fact, they all require a lifetime of commitment and study in order to master. Maybe I burn out due to my rather usually intense obsession with whatever it is that I’m studying. A star that burns twice as bright burns half as long, and all that jazz. Perhaps my compulsion to jump tracks so often is based on my awareness that life is finite and there are still so many things I want to experience before I go. Or, it’s simply possible that the answer to the question is to just stop asking the question at all and commit to an endeavor and see it through to the end. No matter what, I don’t have an answer to this question yet, so I’m going to test that last theory and continue to pursue my foray into Lake Tahoe naturalism (via my blog Tahoe Trail Guide). 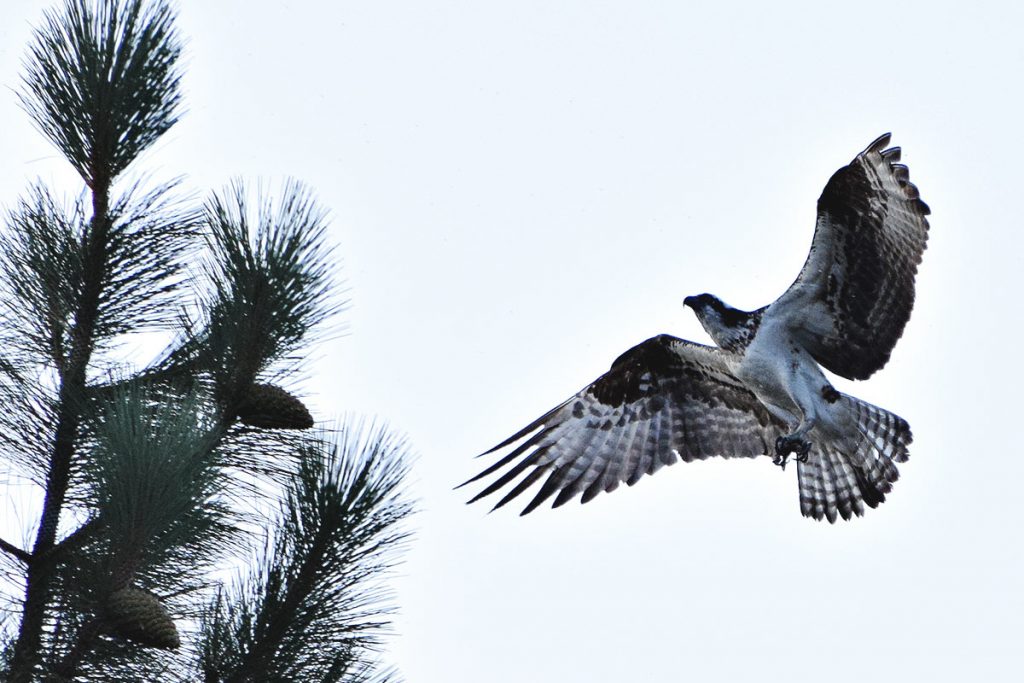 In the meantime, I’ve managed to begin my descent down two more rabbit holes this past month.

I borrowed some roller skis a few weeks ago, so I’ve begun to make my preparations for the upcoming cross-country ski season by learning to skate ski on asphalt. Mostly it’s been a great experience, but I did take a digger on my fourth ski, so I’m waiting for the road rash on my forearm to heal before I set sail again. Watch the short 42-second video below to see me practicing the cross-country skiing technique V2 Alternate (not me falling!).

I also began playing chess for the first time in many years. My best friend convinced me to open a Chess.com account last month so that we could play against each other online. He has the career and family thing going on, so we don’t get to see each other that often anymore. Although movements on the chess board aren’t the same as hanging out, the game is still a welcome conversation. That said, if you play chess and are interested, look me up (JaredManninen) and challenge me to a game. I’m somewhere between a 900-1100 point player, depending on how alert my mind is. Choose the one day option (each player has up to 24 hours to move) as I work full-time. I usually don’t play that slow, but life happens and I’m not always immediately available to move my pieces.

Lastly, be on the lookout for the next issue of Cross Country Skier Magazine. A few months ago I had submitted a reader essay for publication, and the editor has confirmed that it will be printed in the October 2018 issue. 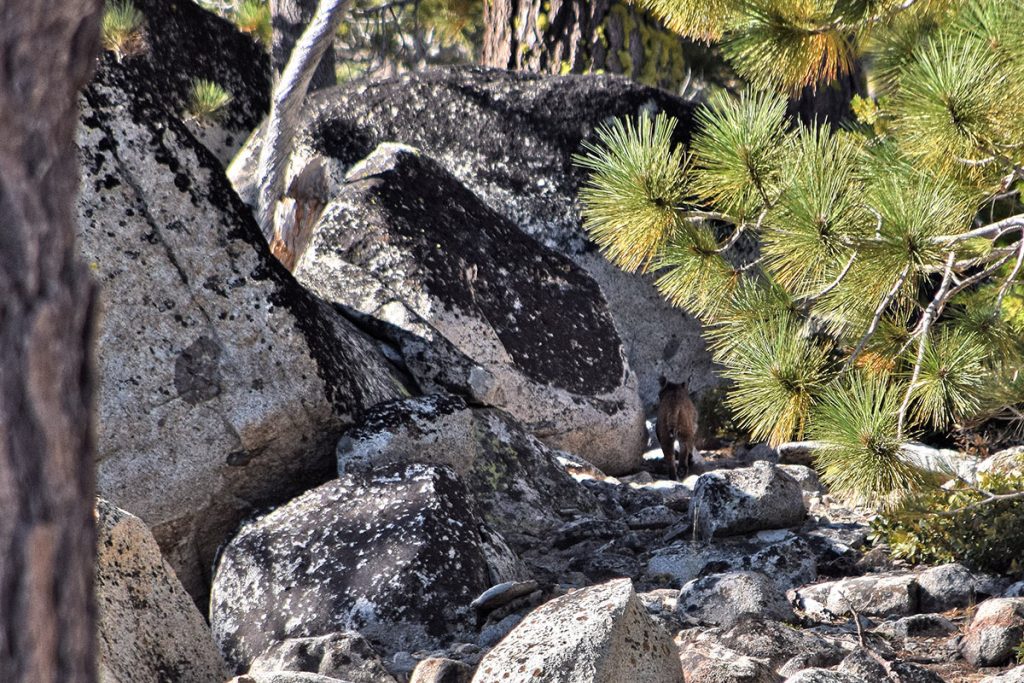 View of the backside of a Bobcat. I seldom see any Bobcats let alone while I actually have a camera in hand, that is until August 27, 2018. Not the best picture of a Bobcat, but you can definitely tell it is one. Note the bobbed tail and pointy ears. © Jared Manninen

Last month’s articles for Tahoe Trail Guide feature two short hikes with incredible views and an article about wildfires and smoke in the Lake Tahoe Basin. Check ’em out when you get a minute. 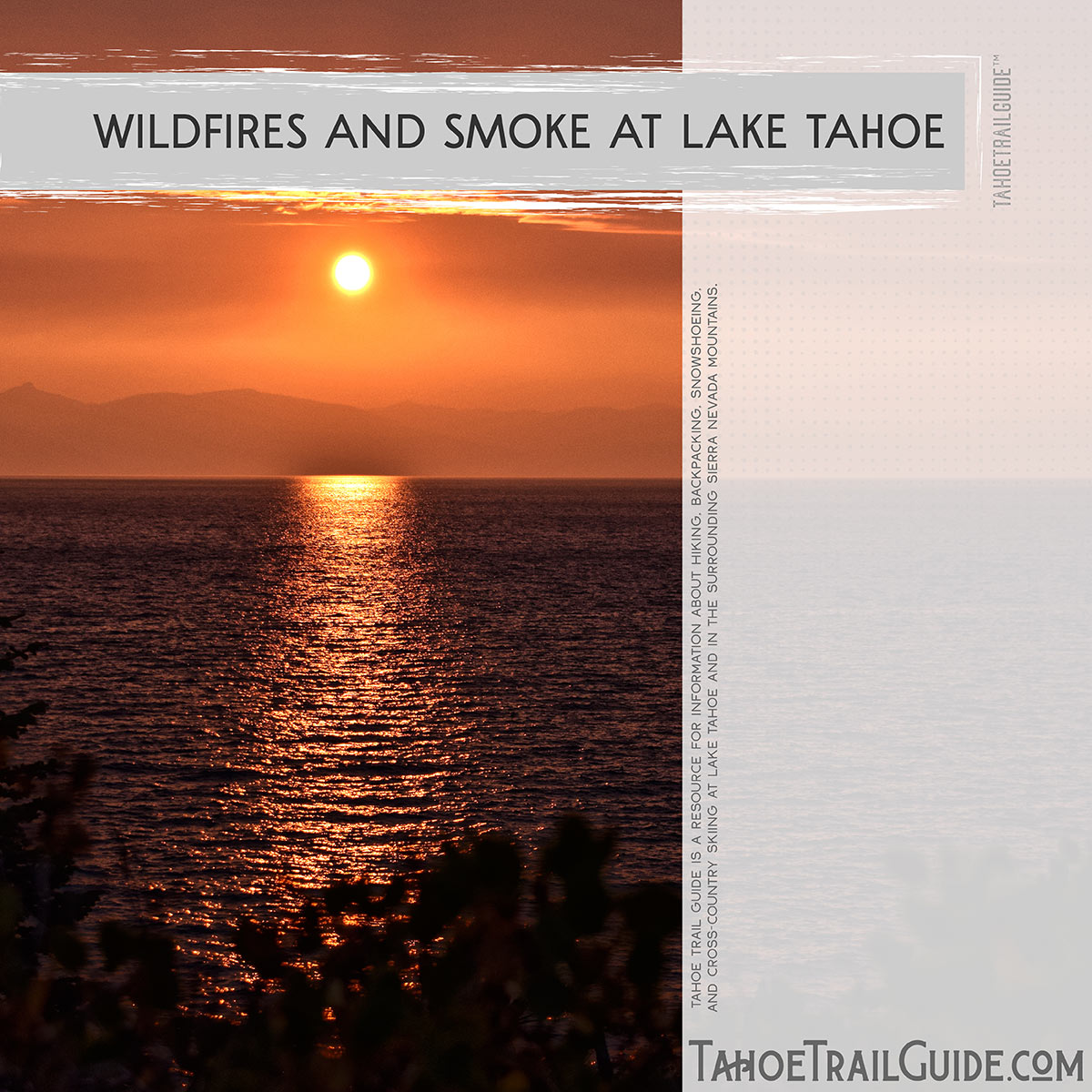 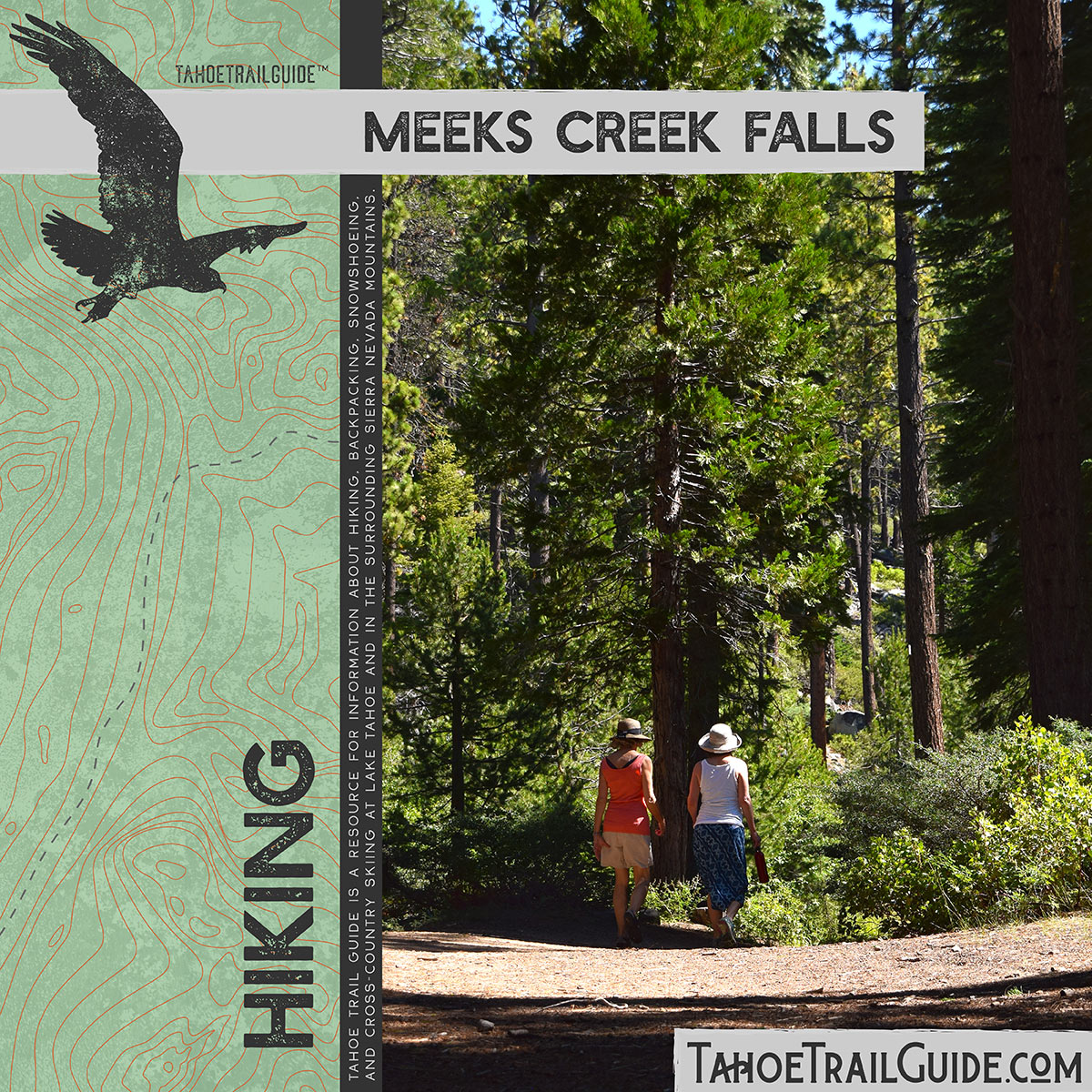 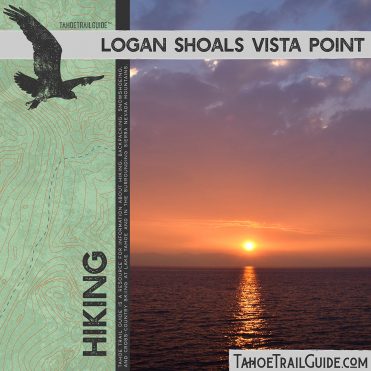