What a difference one year can make.

Lake Tahoe was recovering from #februburied at this time last year (2019), in which we received one punishing snowstorm after another during the whole of February. As a result of all those snowstorms, though, the Lake Tahoe region enjoyed an extended ski season followed by a wildflower extravaganza.

That doesn’t appear to be on the schedule for 2020, however. Just look at the photos I’ve included from the past month and you’ll see that we mostly had blue skies in February. Not that I’m opposed to blue skies, mind you, but they don’t produce precipitation of any kind let alone snow. 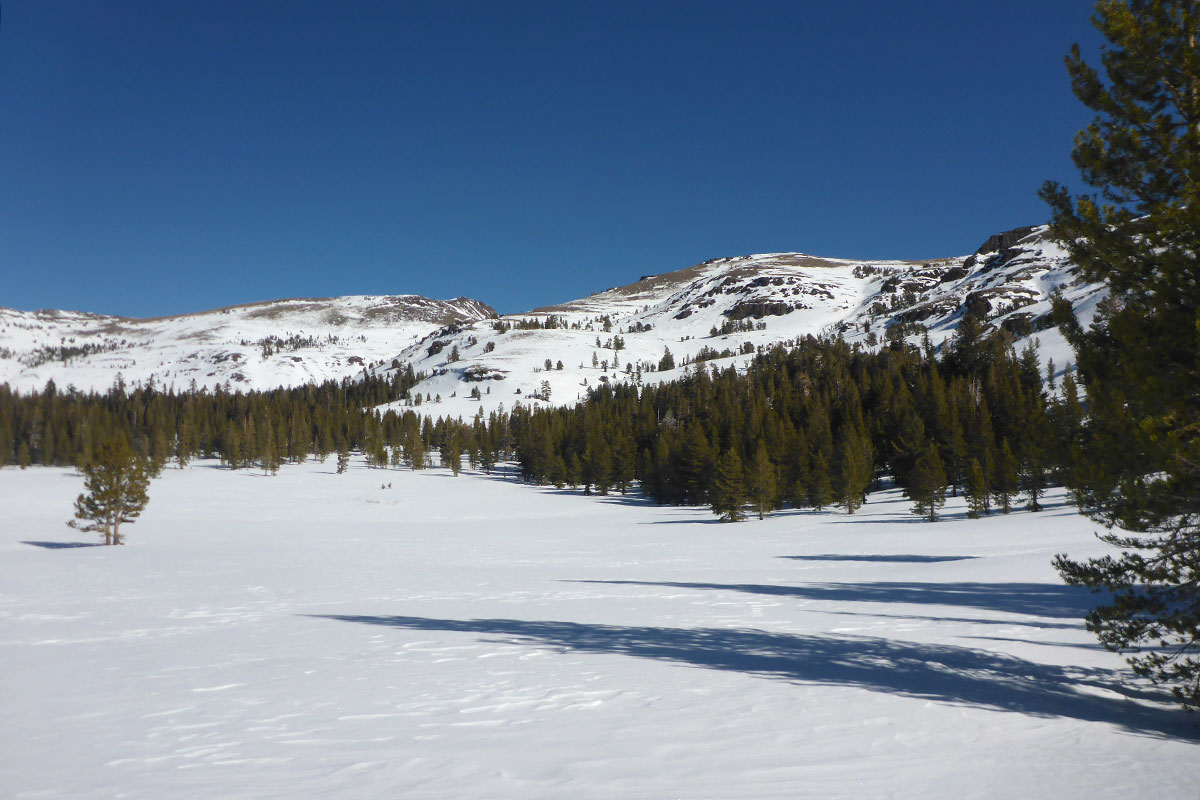 A robust snowpack in the Sierra Nevada is important because it acts as a time-released water source for California. Basically, the snow melts slowly during the warmer months which keeps reservoirs full and the ground moist.

A small snowpack melts quickly and early, leaving soil dry for most of the summer. Late season or spring snow is fine, but it melts quickly since temperatures don’t stay cold enough for the snow to set. Summer rain also helps, but generally Tahoe experiences very few summer showers. 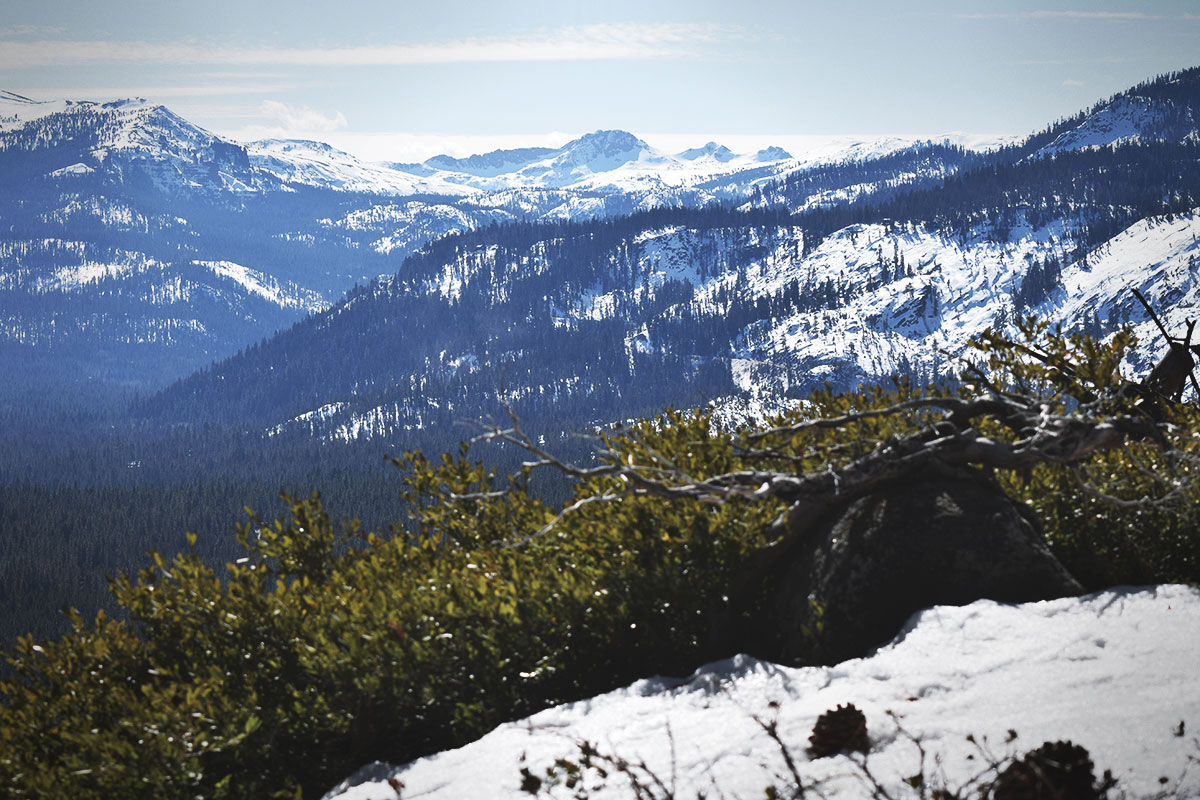 Beyond the economic impacts of having a small snowpack (i.e. lackluster ski season and decreased water supply), California has to then prepare for an increased potential for wildfires. That’s a huge topic that I’m not about to discuss here. Although, I have written some of my thoughts about it at Tahoe Trail Guide. But it seems like in recent years, there’s a new wildfire every week during the summer in California.

Another aspect that bums me out about a smaller snowpack is that it yields far fewer wildflowers. Clearly, the state of wildflowers is not the most critical thing to consider. However, last year was nearly a super bloom for Lake Tahoe wildflowers due to the snowmelt and runoff. And, it was glorious! 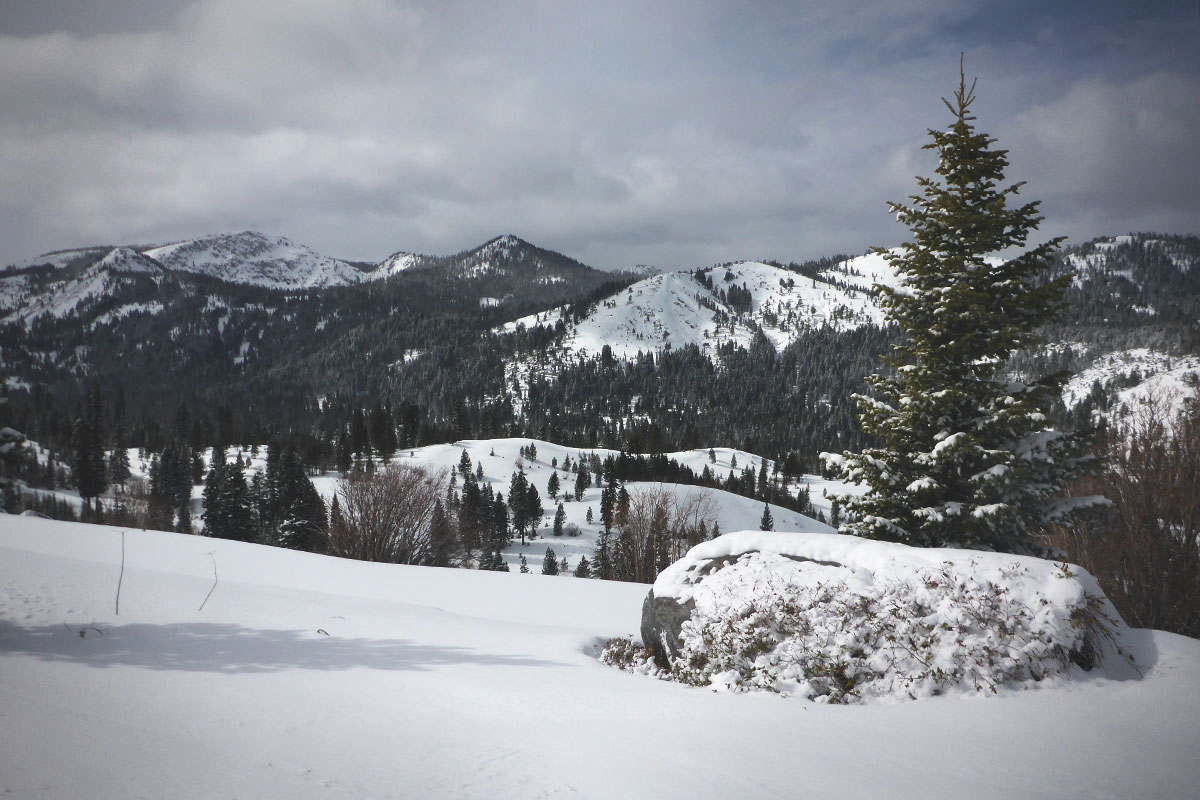 Playing in the mountains after a short snowstorm on March 1, 2020. © Jared Manninen

I was recently turned on to the work of Amber Share. She’s a graphic designer in North Carolina who’s begun to create a series of satirical yet provocative designs based on US National Parks.

In addition to creating beautiful artwork of each US National Park, she’s added to the designs one-star reviews of the parks. Amber finds the reviews at crowd-sourced websites such as Yelp. And, she believes that the phrases she finds are earnest and genuine, meaning that the people posting the ludicrous statements aren’t doing it to actually be funny.

The series is called #subparparks and is both hilarious and a little sad. 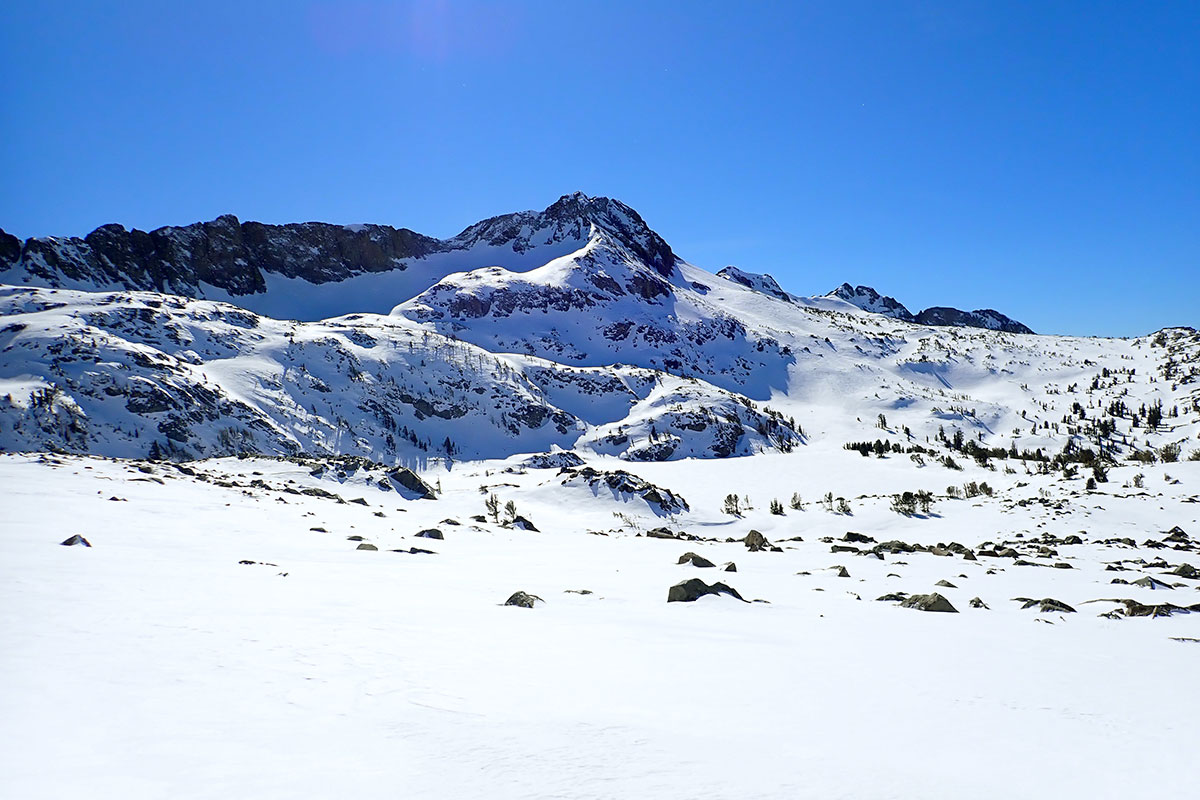 Round Top and Winnemucca Lake on March 2, 2020. © Jared Manninen

US National Parks feature some of the greatest natural wonders on the planet.

And, yes, I totally agree that everyone has a right to their own opinion and that peoples’ tastes differ. However, as a human being, you should feel at least some sense of wonder and amazement when seeing, for example, the Grand Canyon or Yosemite Valley for the first time. For someone to simply shrug their shoulders and roll their eyes in a “not impressed” manner at such awe-inspiring sights … well, that’s just not good.

Because those people vote.

If they don’t find US National Parks impressive or inspirational, what motivation do they have to protect and preserve them? And then we have to consider that if they can’t appreciate some of the most unique landscapes on earth, why would they care about lesser yet still beautiful locations that are simply open space and wild land? 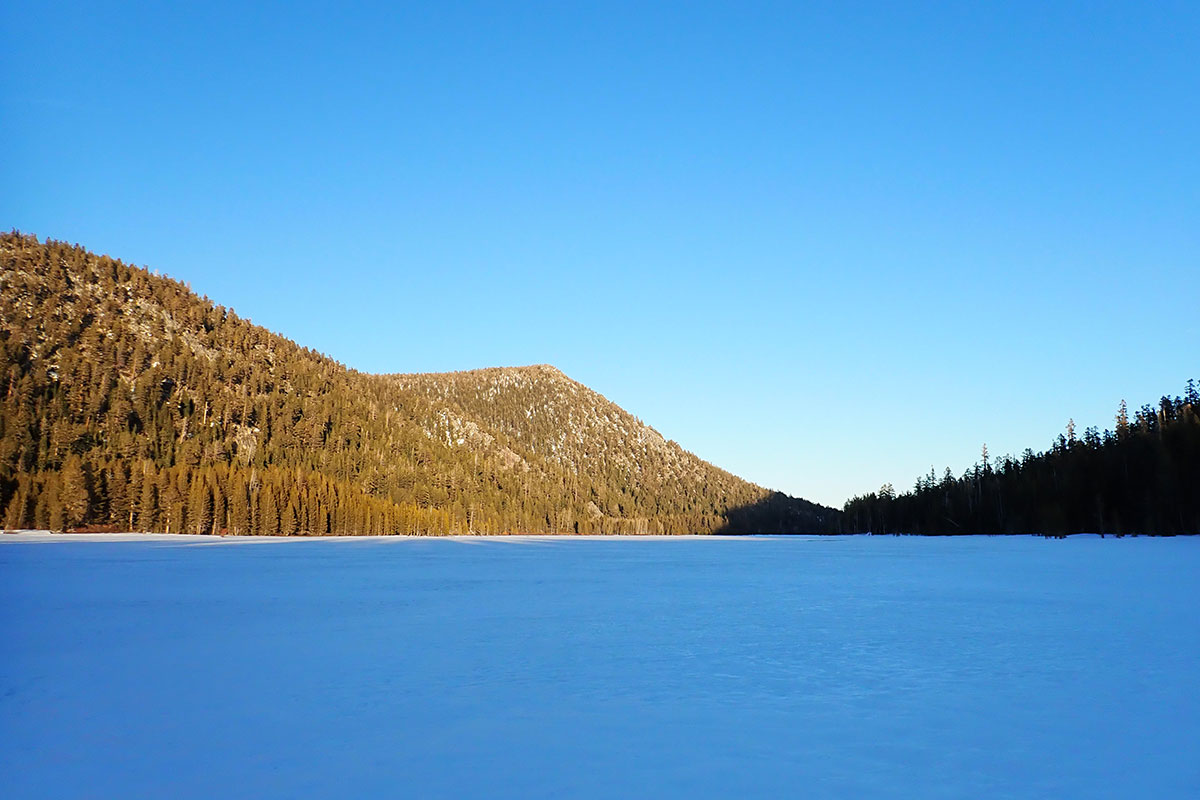 Grass Lake in the late afternoon on March 3, 2020. © Jared Manninen

The urbanization of the world population has, I believe, decreased peoples’ sensitivity to and appreciation for the natural world. If “it” doesn’t happen on a screen or look exactly as it did on social media (after being heavily edited), it becomes a disappointment.

Or, another phenomenon occurs whereby the urbanized individual becomes inspired to go out in nature (thanks to social media, etc.), but doesn’t know how to do it responsibly. They’re unfamiliar with the concept of the “authority of the resource,” whereby the resource (nature) demands a certain behavior that enables it to carry on after the visitor(s) has left. 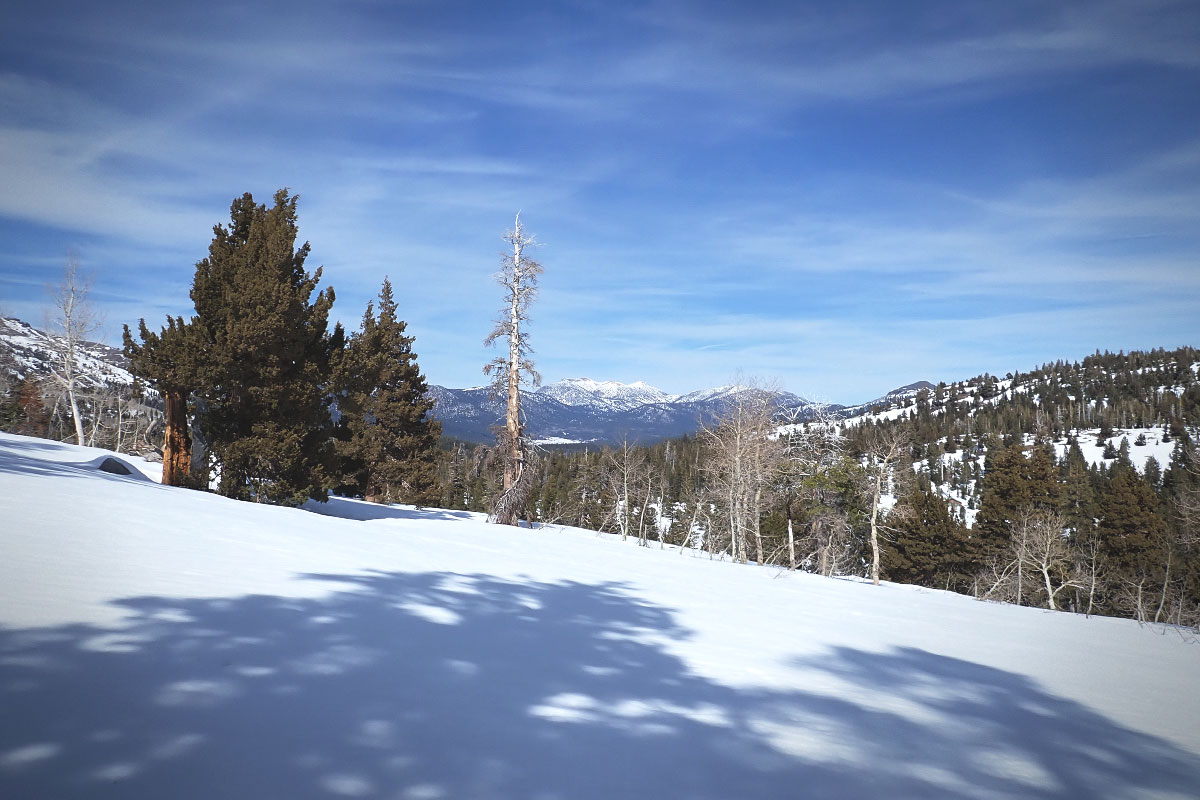 Even in Sweden, where they boast an entire national ethos called allemanstratten (freedom to roam, aka right of public access), they’re having a challenge coping with people unaccustomed to outdoor recreation. This is not just because “foreigners” are coming to their lands and ruining them (which is a mantra chanted frequently at Lake Tahoe by longtime locals). This is also because 85% of the Swedish population lives in an urban environment. And, they too, have begun to forget how to recreate responsibly in the great outdoors.

I wouldn’t say that urbanization is necessarily the issue with the local population at Lake Tahoe. Rather, it has more to do with entitlement. This is their home, therefore they can do whatever they want to it. For example, the rules don’t apply to them … just like my neighbor down the street who sets off fireworks every 4th of July in spite of the perpetual ban on fireworks in the Lake Tahoe Basin (due to wildfire concerns and regard to wildlife). But this, too, is essentially just a lack of understanding of authority of the resource. It’s unfortunate, really, because our community has the opportunity to be a world leader in so many ways. 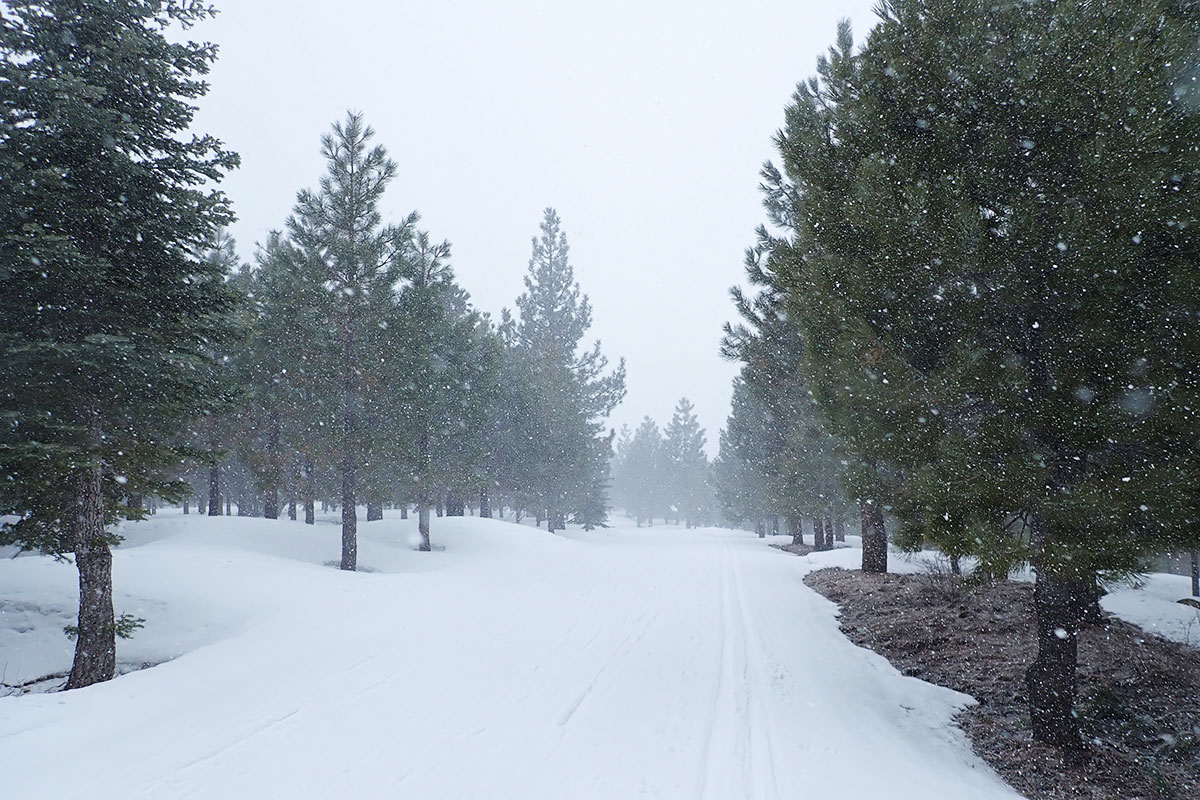 A brief but beautiful snowstorm on March 7, 2020. © Jared Manninen

Although it may have sounded like I was preaching doom and gloom, that wasn’t my intention. There’s already enough of that going around. I just wanted to acknowledge the interconnectedness of life.

There’s a cause and effect to all things, even if the correlation is measured in months, years, or centuries. So if we keep pulling that thread, we risk undoing it all. And if there was any subversive, political undertones or messages to my work it would simply be that…

I just checked and this weekend’s forecast has been upgraded. It’s now calling for nearly two feet of snow at Lake Tahoe!

Who knows? Perhaps we’ll have a #miraclemarch 🙂

I created two more YouTube videos last month. The Top Gun: Maverick-related video features an audio transcription (by me!) of my short story “Hunting Big Game, Or That One Time I Stalked A Movie Star.” The story was published in the 2019 edition of Lake Tahoe Community College’s annual literary journal The Kokanee.

Please subscribe to my channel if you haven’t already. I’m trying to monetize the channel so that I can earn some ad revenue. I need at least 1,000 subscribers and I’m currently I’m at about 400.

This isn’t necessarily a new article, but for the past year I’ve been heavily editing many of my previously written articles. And I’ve been bringing to the “front” of my website relevant and currently popular articles (according to the analytics) such as this one about hiking at Lake Tahoe during the spring.

So many visitors that come to Lake Tahoe are from the Bay Area and other places along the California coast. But our climate here in the Tahoe mountains can often be months behind that of the coast. So, many of those visitors are surprised when they see snow still hanging around Tahoe (especially in the backcountry) well into the spring. While they’re beginning to plant their gardens, I’m still cross-country skiing in the backcountry! 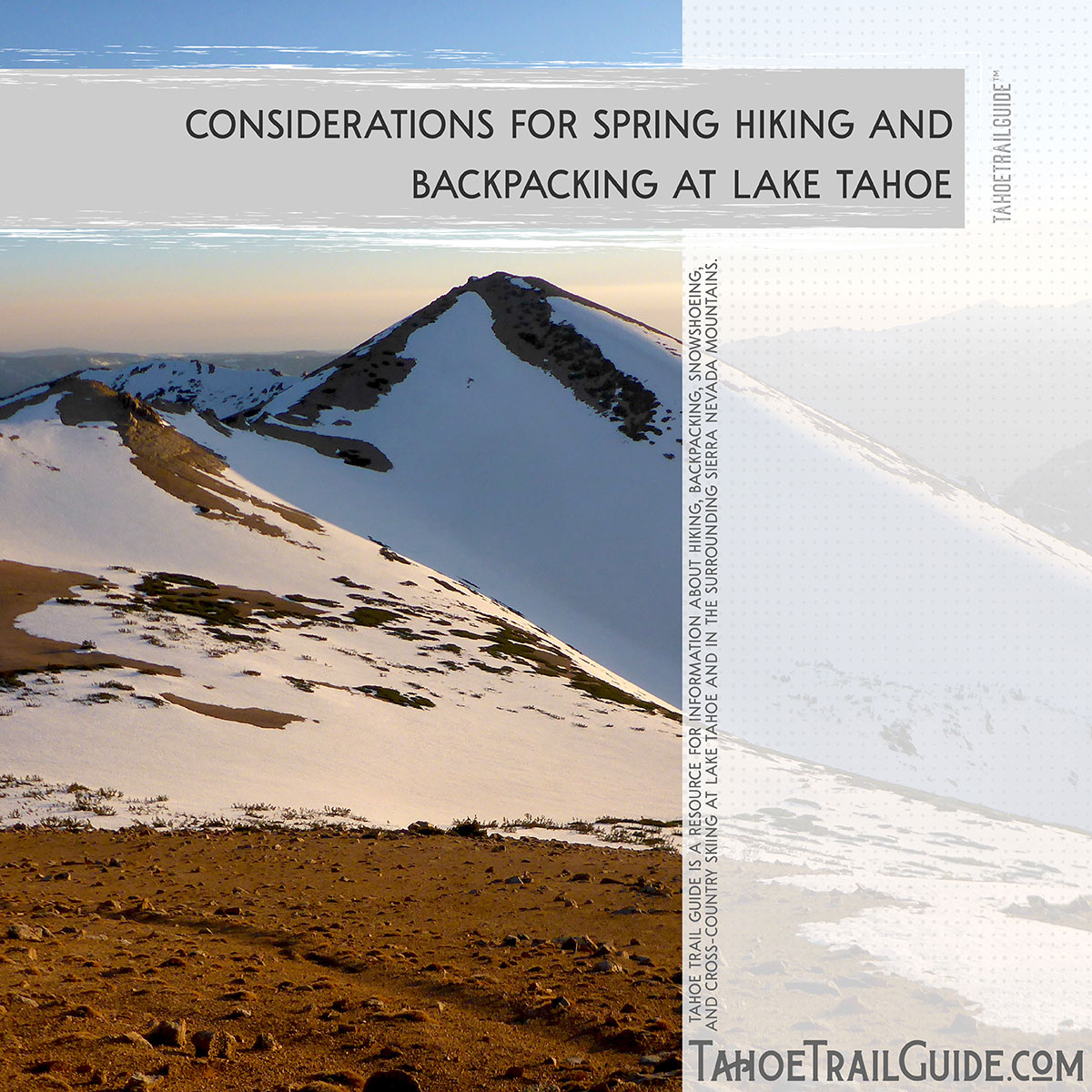