Calling Something Good or Bad

A year ago, I received the official explanation for the lower back pain I’ve experienced most of my adult life. I was diagnosed with having degenerative disc disease between L5 and S1. As terminal as the name sounds, the problem is technically not degenerative nor is it an actual disease. The term is simply a general description for when a disc in the spine becomes compromised or damaged in a way in which it’s not as “full” as it should be.

This generic name doesn’t make it any less of a painful or inconvenient condition to deal with, however. But through targeted exercises (not medication or surgery!), I can decrease the symptoms and mitigate the pain. This back pain and its associated referral pain, however, is the main reason I’ve taken an indefinite break from martial arts training and have focused on hiking and cross-country skiing. Both activities enable me to maintain an upright posture and neither places much stress on my back. 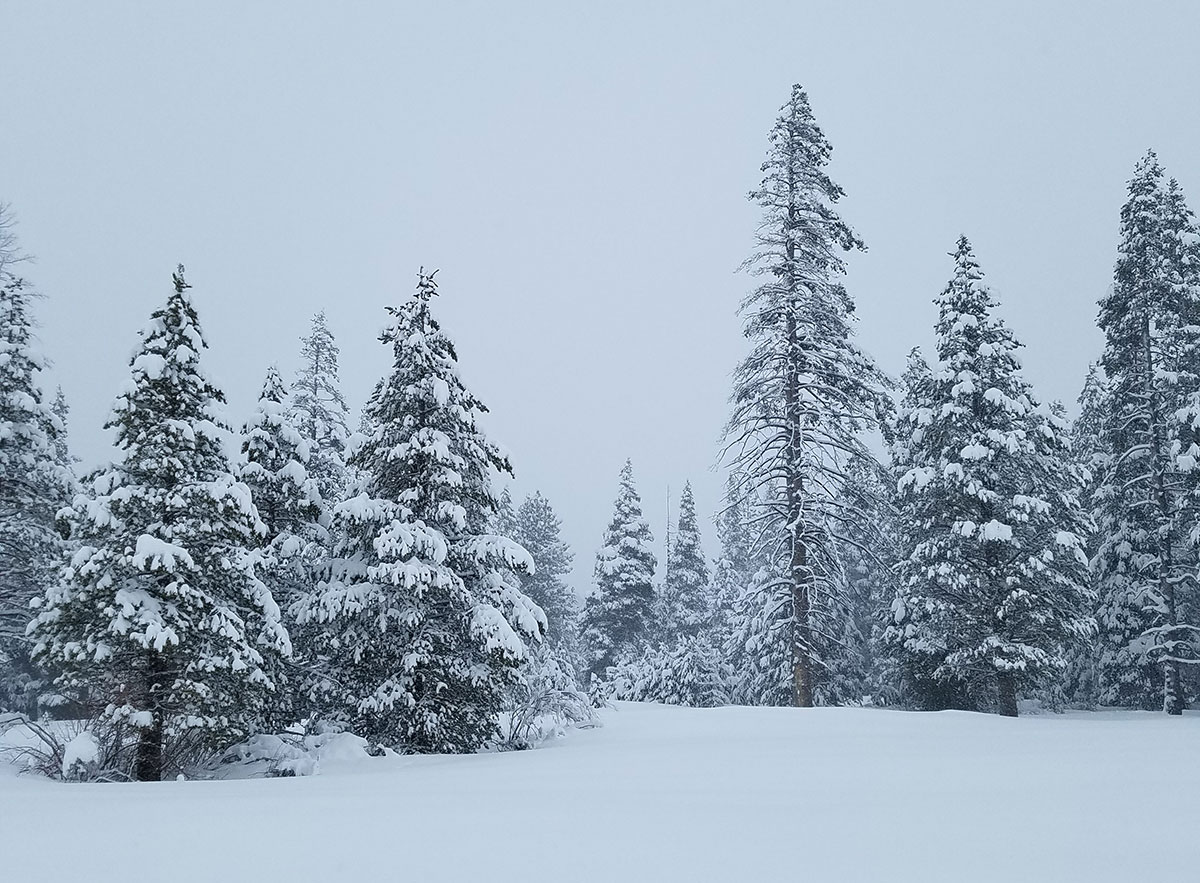 View from work at the cross-country ski center in North Tahoe on February 3, 2019. © Jared Manninen

Last year I also began to experience presbyopia, which is the age-related process of losing near vision. So, now I wear reader glasses when checking my text messages or reading a book. Although presbyopia is normal with age, it’s frustrating because I’ve always had exceptional sight and many of my passions, such as art and photography, are visually-oriented.

Alas, no person, place, or thing escapes the ravages of time or the universal scales of balance. There’s a call and response inherent to life or, put another way, there’s a cost to everything we do.

The flame that burns twice as bright, burns half as long comes to mind. And I have put my body through the ringer over the years. 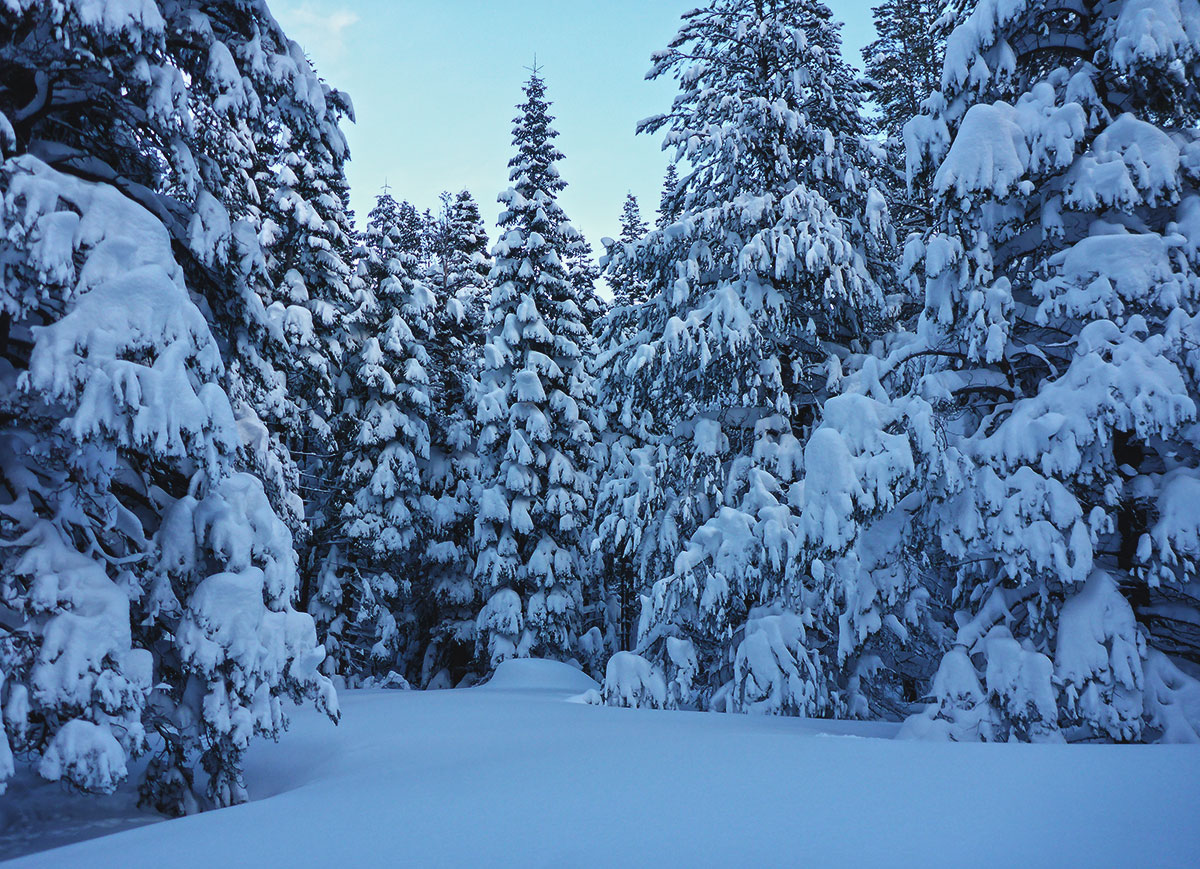 Snow-flocked trees were all the rage in February. View from a cross-country ski tour near my home on February 5, 2019. © Jared Manninen

Last week I watched the documentary titled The Bill Murray Stories: Life Lessons Learned from a Mythical Man. In the show, one of the persons interviewed told the Taoist tale of the farmer with the prize winning horse. It goes something like this …

The parable could clearly continue indefinitely. However, the point of it isn’t about becoming apathetic or indifferent toward life or denying our emotions. Rather, it’s about understanding that life will always challenge us with “good” and “bad” circumstances, and that it’s ok to acknowledge our emotions but not become attached to them. We can’t know for how long a thing will last, or to what length it will stretch. But we do know that life is forever in a state of change. 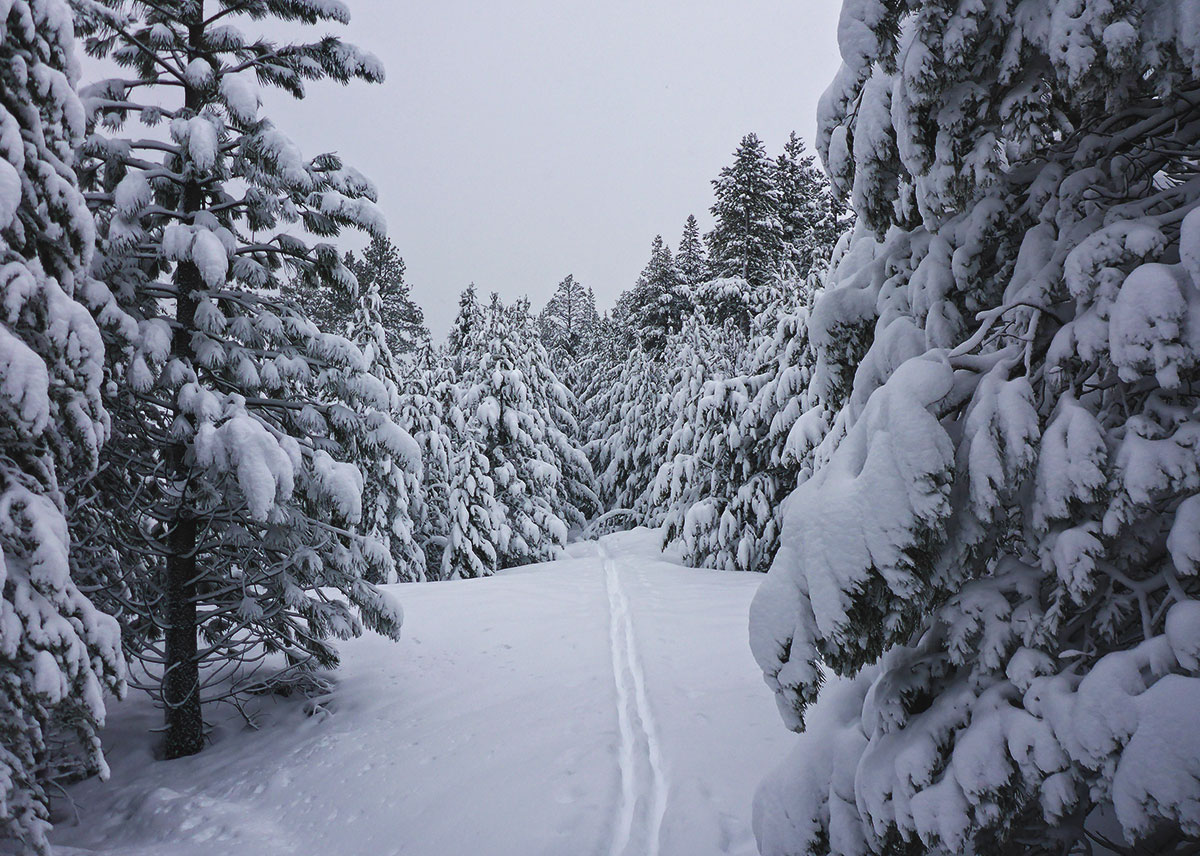 Cross-country skiing through the state park near my home on February 14, 2019. © Jared Manninen

So, it’s with this mindset that I’ve embraced my ever changing body and stopped asking whether or not it’s bad that I haven’t, for example, been to the dojo to train for a long time. This attitude is also how I’ve been dealing with my feast or famine style of living while working in the outdoor recreation industry at Lake Tahoe.

You see, last winter at this time the region was bone dry and I was barely scraping by with work. In fact, the only real winter we experienced during 2017-18 was a couple of weeks of snowstorms in March. On the other hand, Lake Tahoe is experiencing an absolute feast of snow right now. Most area ski resorts have already recorded at least 400 inches of snow, while a handful of them have received well over 500 inches to-date. 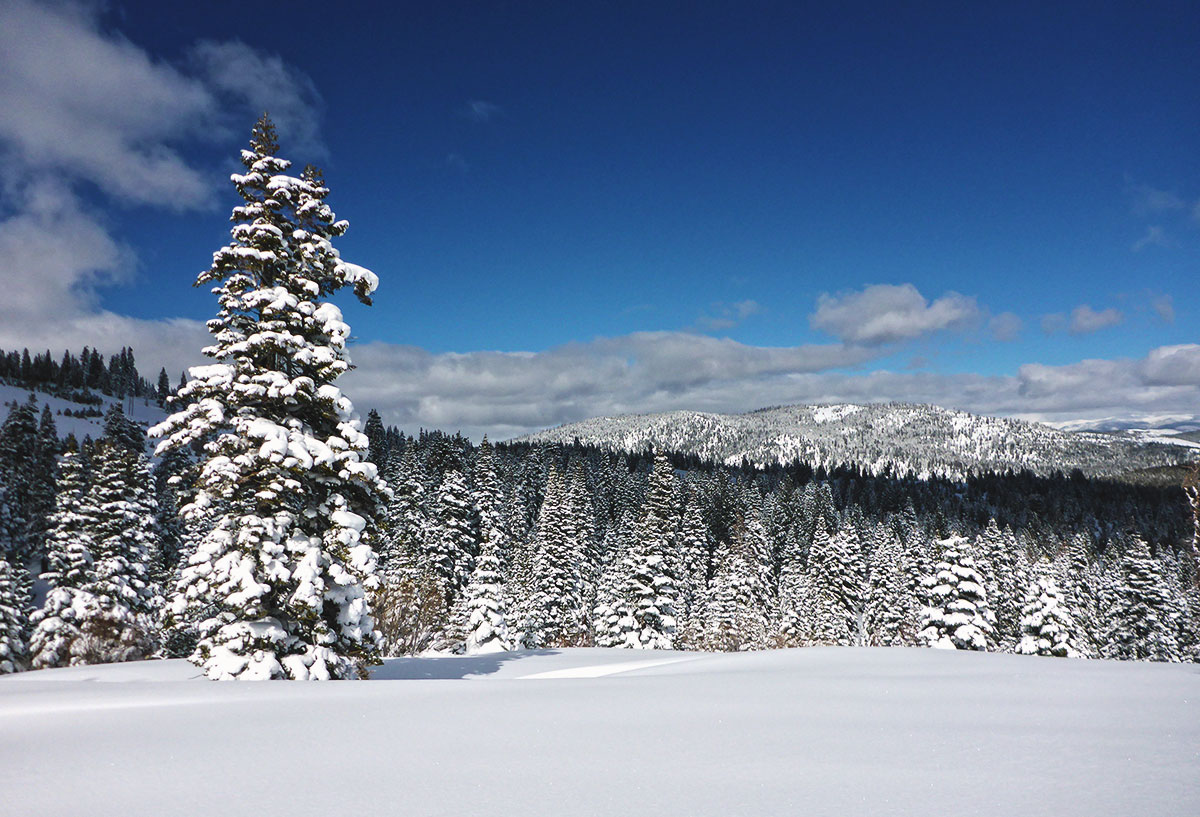 There were a couple of bluebird days in February. View while cross-country skiing on Dogs in Space on February 18, 2019. © Jared Manninen

More snow equals more work … financially, physically, and mentally. It means a steady paycheck, but it also means more shoveling, more time being stuck on the roads during hazardous conditions trying to get to and from work or just to buy groceries, and generally less time actually playing in the snow. Although I’ve done my fair share of complaining, I’ve tried to keep it in check and make peace with all of the snow this winter.

I’m grateful that I’ve had consistent and abundant work all winter long. And, as of yesterday, I logged my 76th day and 340th mile on cross-country skis for the season. So, I don’t know if it’s good or bad that I’ve had to modify my physical endeavors or deal with excessive amounts of snow. I think it just is. 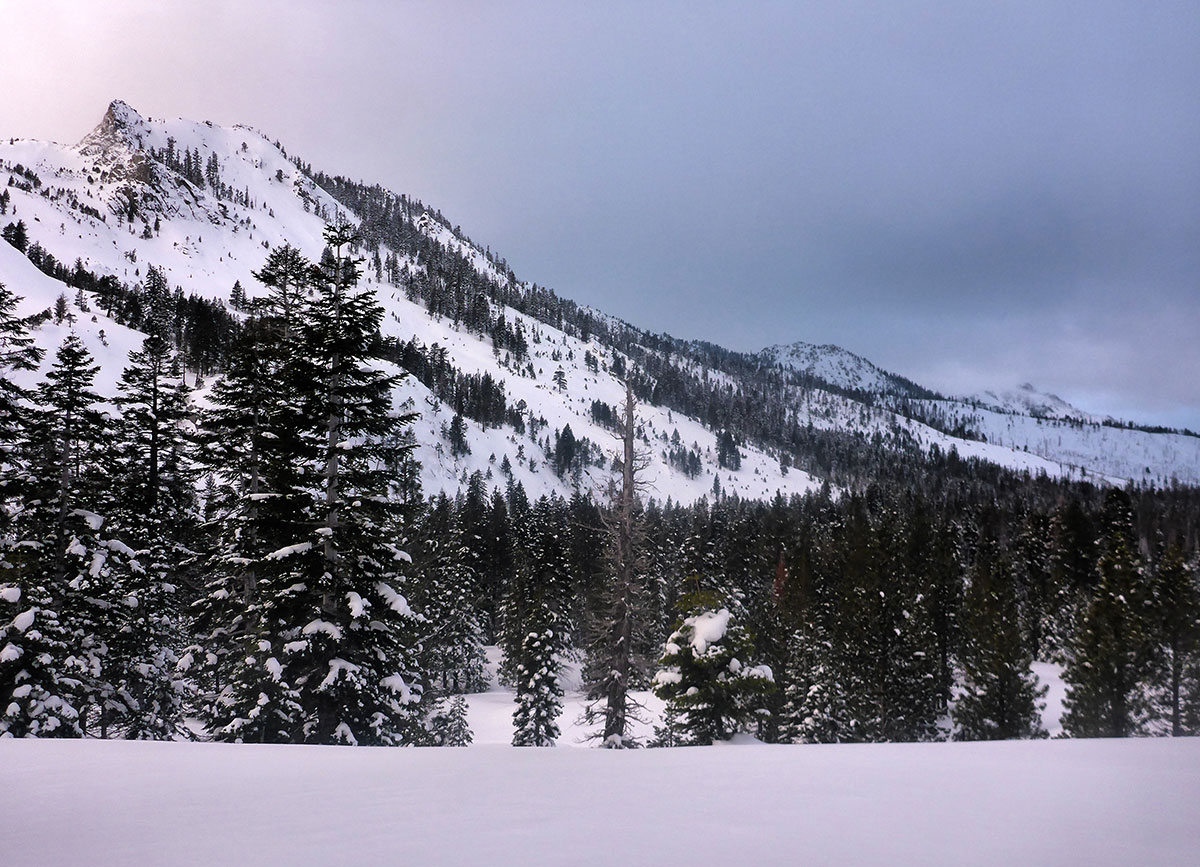 Views of the eastern side of Desolation Wilderness while on a cross-country ski tour near my home on February 21, 2019. © Jared Manninen

I didn’t have time to write a full article about snowshoeing (yet!), but I did squeeze in the time to film and edit a video about getting around on snowshoes. I admit it’s a bit long, but it is thorough and shows a handful of examples of the techniques in really deep snow (including getting up when you fall).

Due to snow management, I only had time to write a couple of Tahoe Trail Guide articles in February. They essentially wrap up the core concepts of classic cross-country skiing for my series titled Cross-Country Skiing Explained. 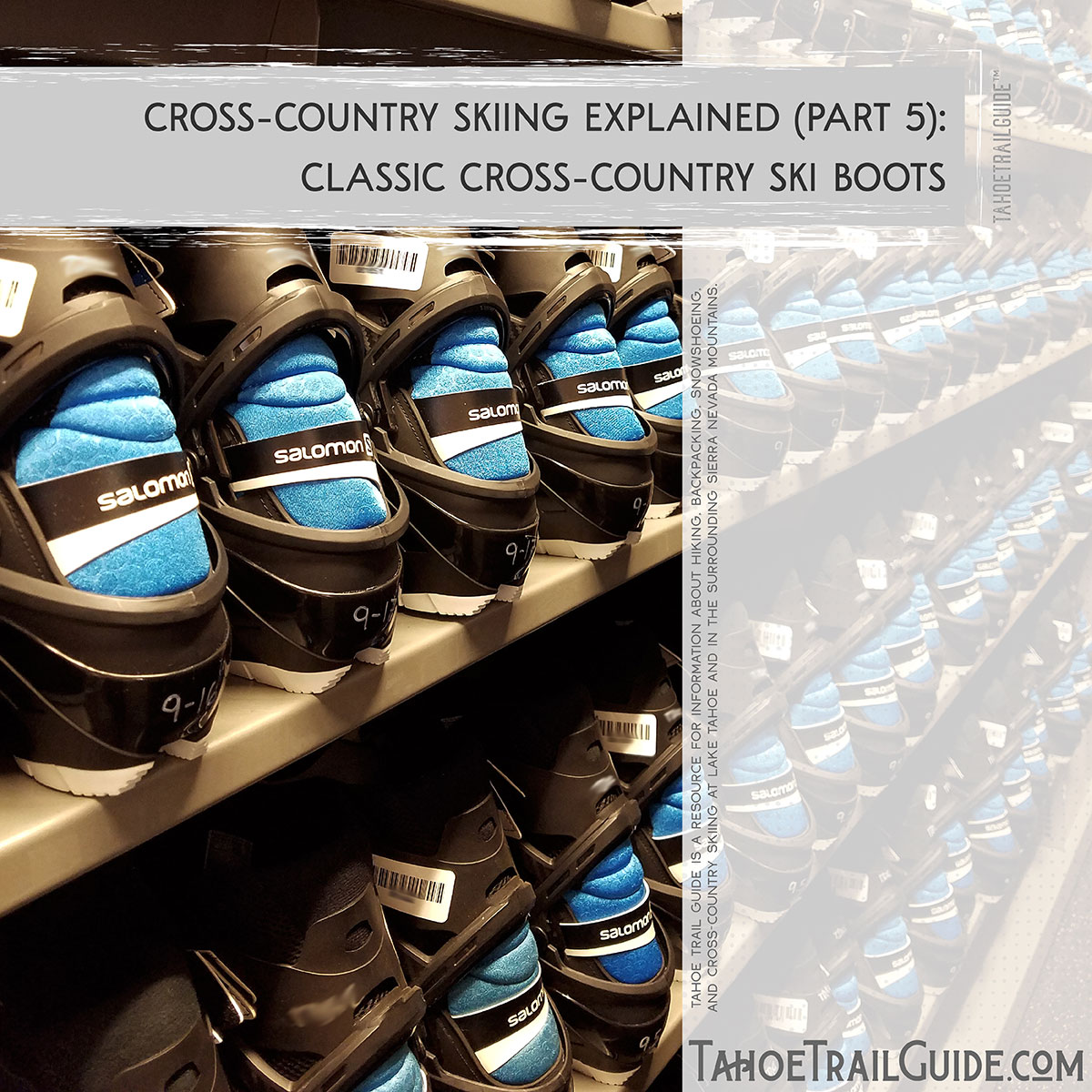 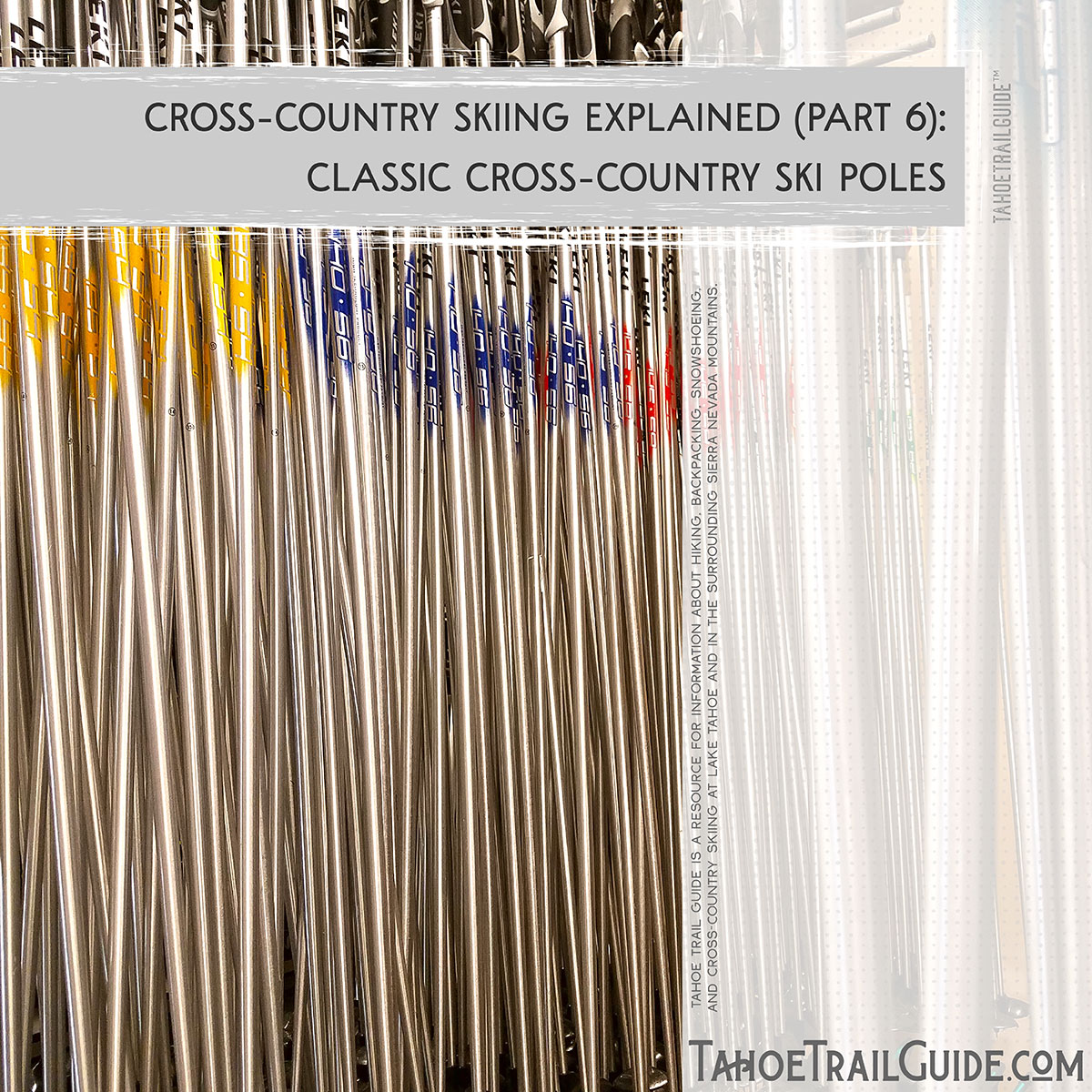