By the latter half of June it was clear that my plans and expectations for this summer were at odds with reality. Not due to any misfortune, mind you. Things have just worked out differently than planned.

But different in so subtle a way that it appears as if I’ve been carrying on with the original plan the whole time – playing outside and continuing to build Tahoe Trail Guide.

My original intent was to hike trails further from home as part of my research of new material for the site. And, of course, having fun while doing so. 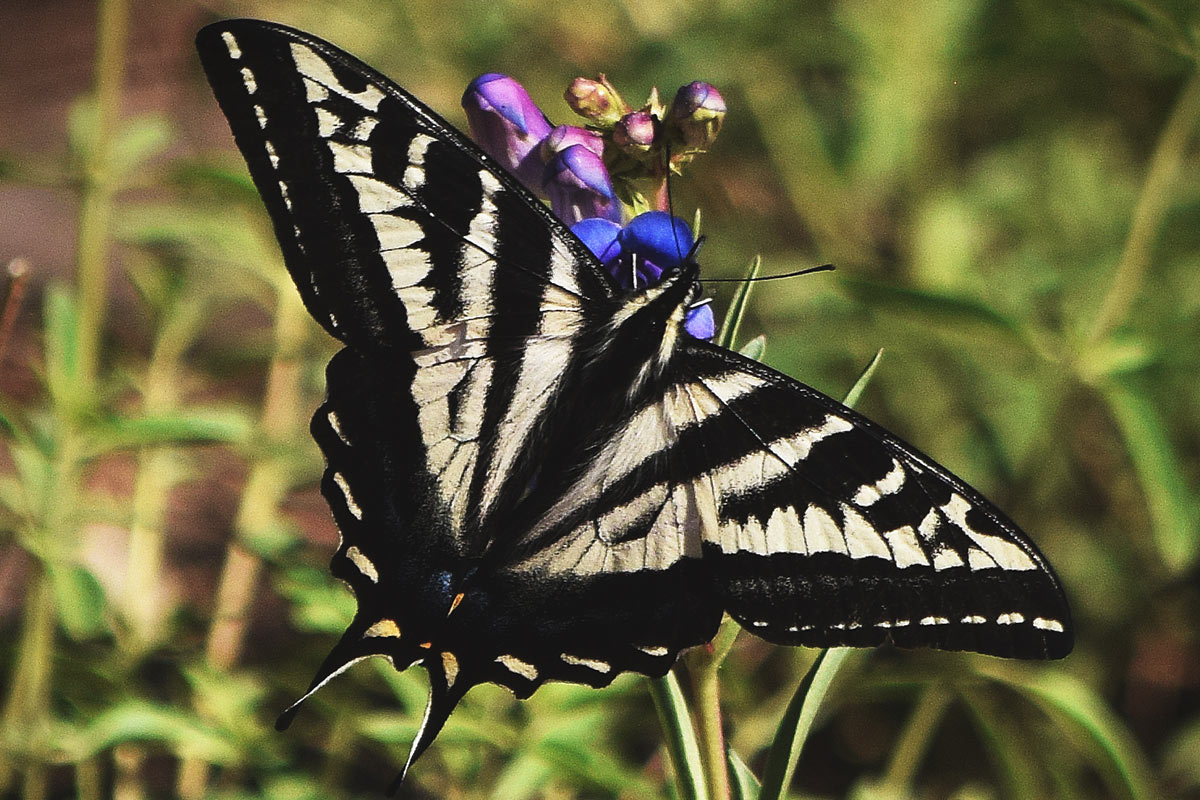 I’ve grown fond of Pale Swallowtails over the years. The intricacy of their wings and body is exquisite. © Jared Manninen

However, the persistent snowpack from last winter made for great late-season cross-country skiing but put a damper on hiking for the month of June. So instead of traveling to backcountry mountain tops or alpine lakes, I’ve been exploring much closer to home and hiking for much shorter distances. And, I’ve been covering those short miles very slowly. Nowadays, I find myself creeping through the forest at a snail’s pace logging identifications rather than maintaining a quick tempo while logging miles.

There’s nothing wrong with this. It’s just a way different experience than my winter adventures, and not what I originally had in mind for this summer. 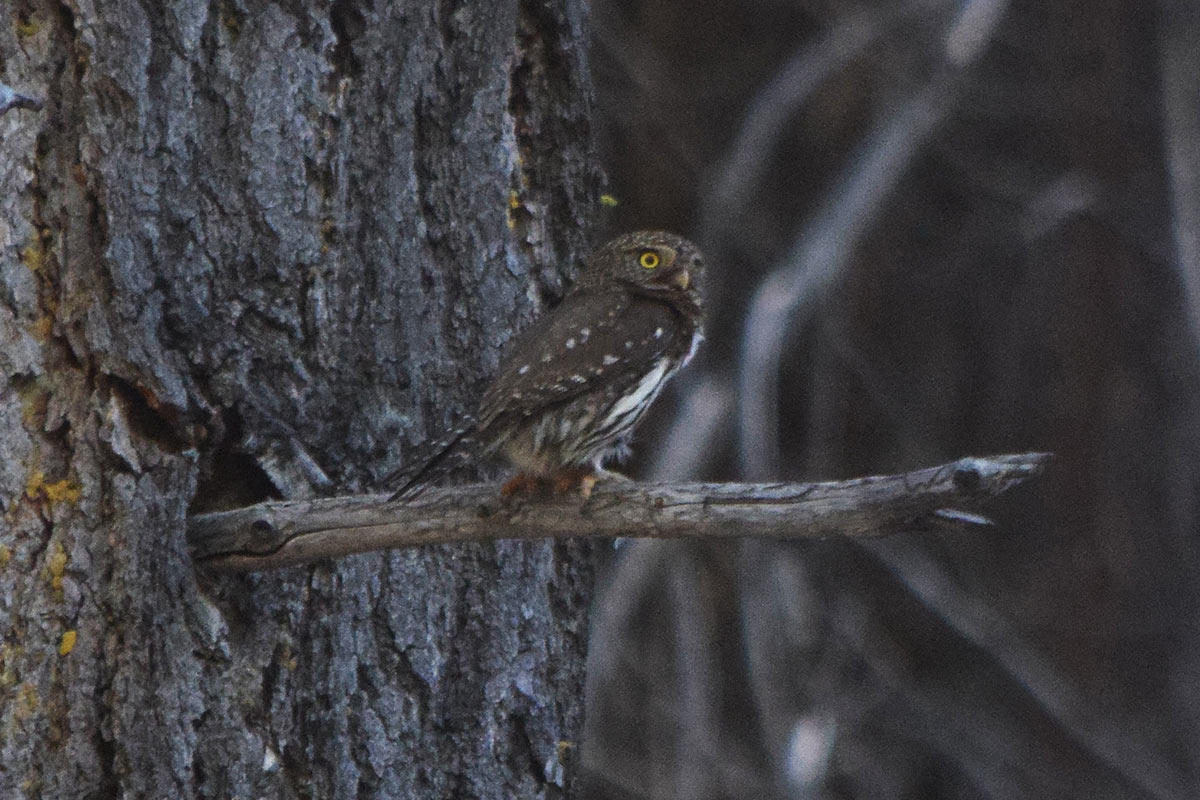 This Northern-Pygmy Owl will probably wind up being my most extraordinary observation of 2019. I saw this small owl on June 20, 2019. © Jared Manninen

In essence, my wilderness adventures have transformed into a version of mindful walking.

The practice of mindful walking (aka walking meditation) often focuses on developing an awareness of one’s body and breath while moving through space and time (i.e. walking around). People tend to maintain a relaxed yet upright posture while they walk. There’s no “goal” to this practice other than learning to clear one’s mind and developing that self-awareness I just mentioned.

This is a valuable life practice.

This is not, however, the version of mindful walking in which I engage. 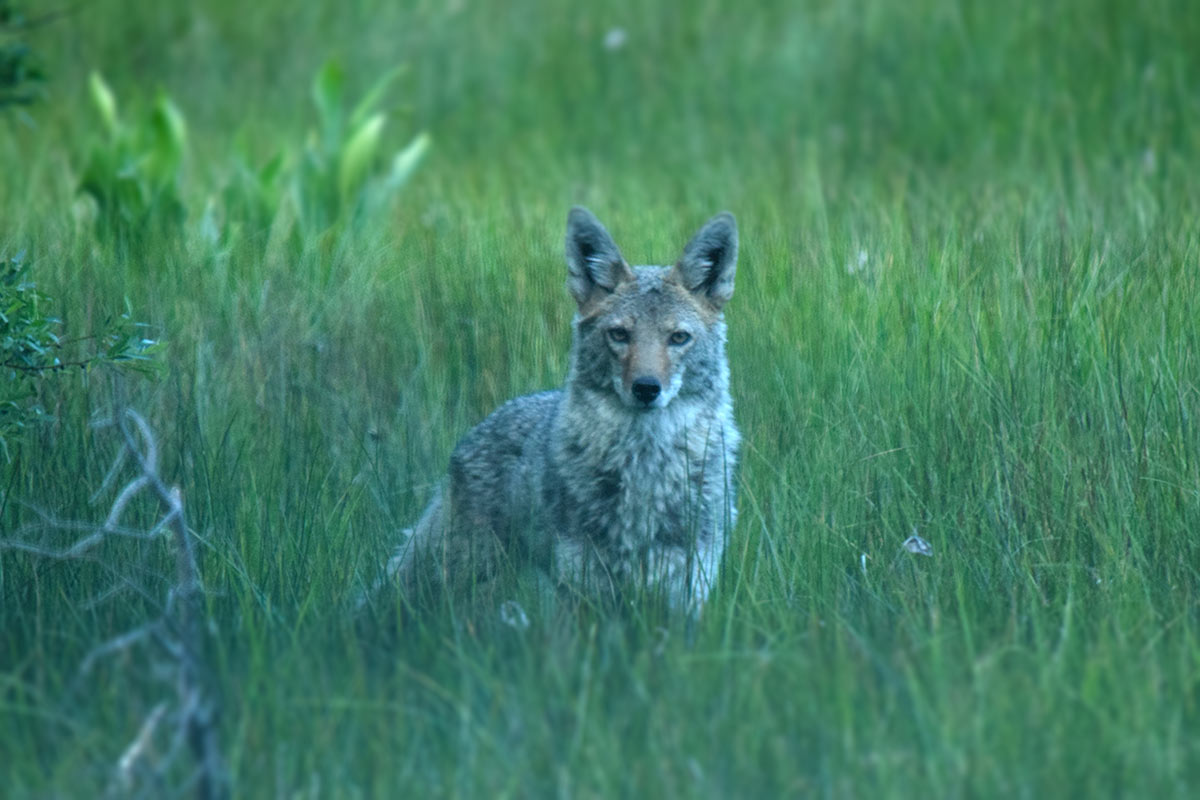 I generally only catch glimpses of coyotes crossing the road or ducking into the forest. In this case, I was able to make eye contact with one. © Jared Manninen

I don’t look inward and focus on myself. Instead, I become a giant receptor of information drawing the wilderness into me via the five senses. 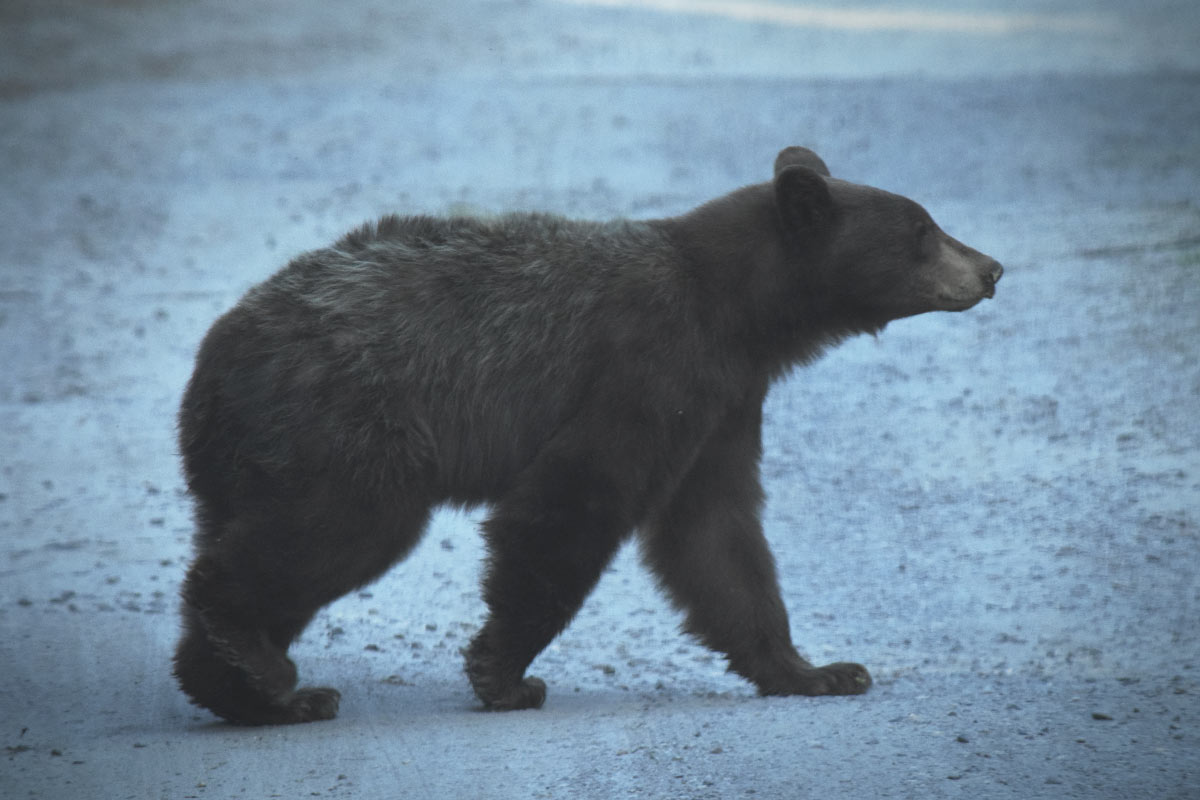 I saw three different colored Black Bears during the last week of June 2019. I seldom see Black Bears in person, so I was grateful for the opportunity to see so many in such a short amount of time. Unfortunately I was only able to capture a few decent images of them as they didn’t seem interested in me photographing their portraits. © Jared Manninen

You’re usually discouraged from getting attached to any one thought when meditating in a traditional fashion. The practice is to acknowledge the thought, but ultimately let it pass from your mind. I do practice this when it comes to typical thoughts (i.e. what am I going to have for dinner? What am I going to do on my days off?). However, when it comes to seeing an unusual profile of an animal or hearing a distinct bird call, for example, I dial in to the source as best I can. And then I begin to analyze and interpret the information with what little knowledge I possess.

Often I gravitate toward sounds of distress in one form or another. Half of the time, warning calls are a direct result of my presence in the forest. The other half, however, is due to the fact that an actual predator is in the area. And for better or worse, sounds of distress often yield dynamic situations worthy of observation.

Take for example, the macabre scene I witnessed the other day. While driving home (mindful driving?), I noticed two Brown-headed Cowbirds accosting a Raven. They’re about the size of a Robin, yet the smaller birds were relentless. At one point, the Raven even performed a mid-air barrel roll (new to me!) in an effort to evade its pursuers’ attacks. Back and forth across the sky they flew. But after a few minutes the Cowbirds ceased their pursuit. I then saw a different Raven perch atop a nearby roof. Then another. And another. And finally a fourth. 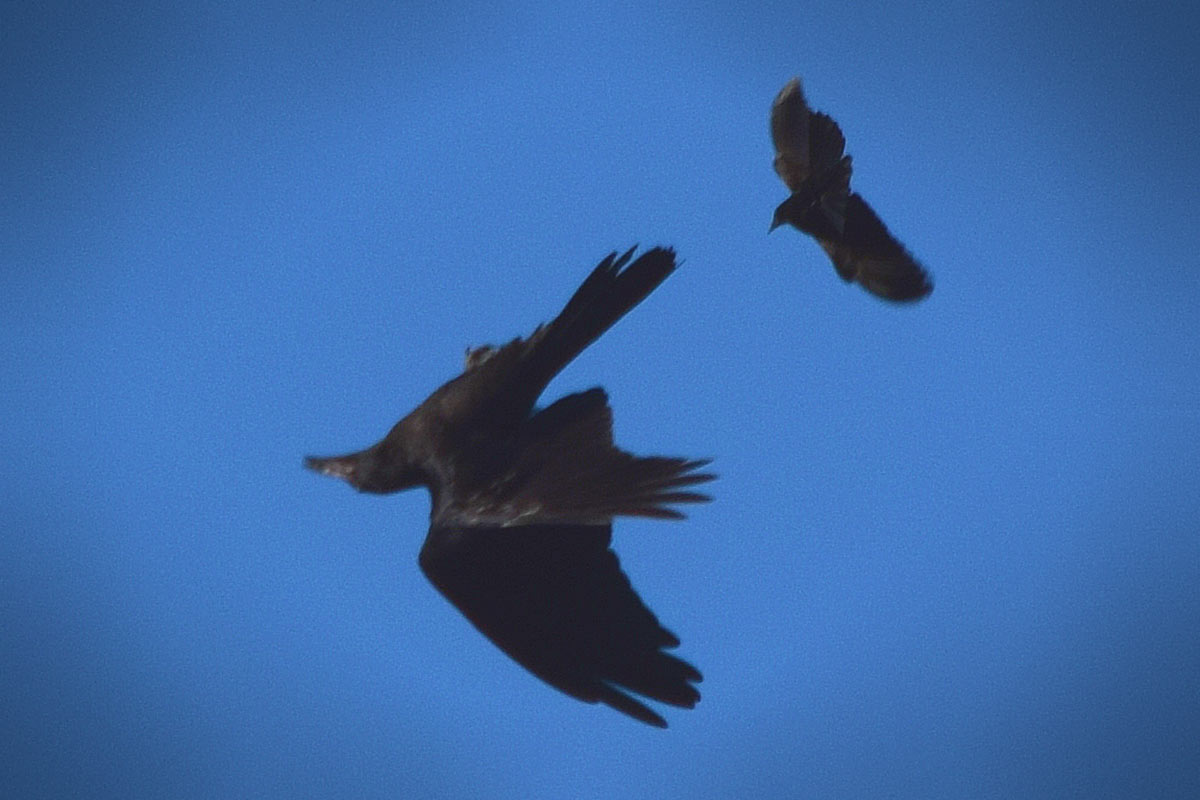 Not the cleanest of photos. However, I’m still grateful to have captured at least one image of the Raven performing a barrel-roll while being pursued. © Jared Manninen

Where did they all come from? I wondered.

Looking closer I could see that the first Raven to reach the rooftop held something in its beak – a dead bird. The Raven tried to hop away from its three brethren, but they kept demanding payment.

In hindsight, I wonder if the Raven that I initially watched was simply a decoy used to draw away the two Cowbirds while the other Raven(s) raided the nest.

Regardless of whether or not my interpretation of the crime scene is accurate, I’m glad I pulled over to watch the story unfold in real-time. I agree that this all sounds a bit morbid. However, nature is the constant fight for survival. And at the heart of any good story is conflict. 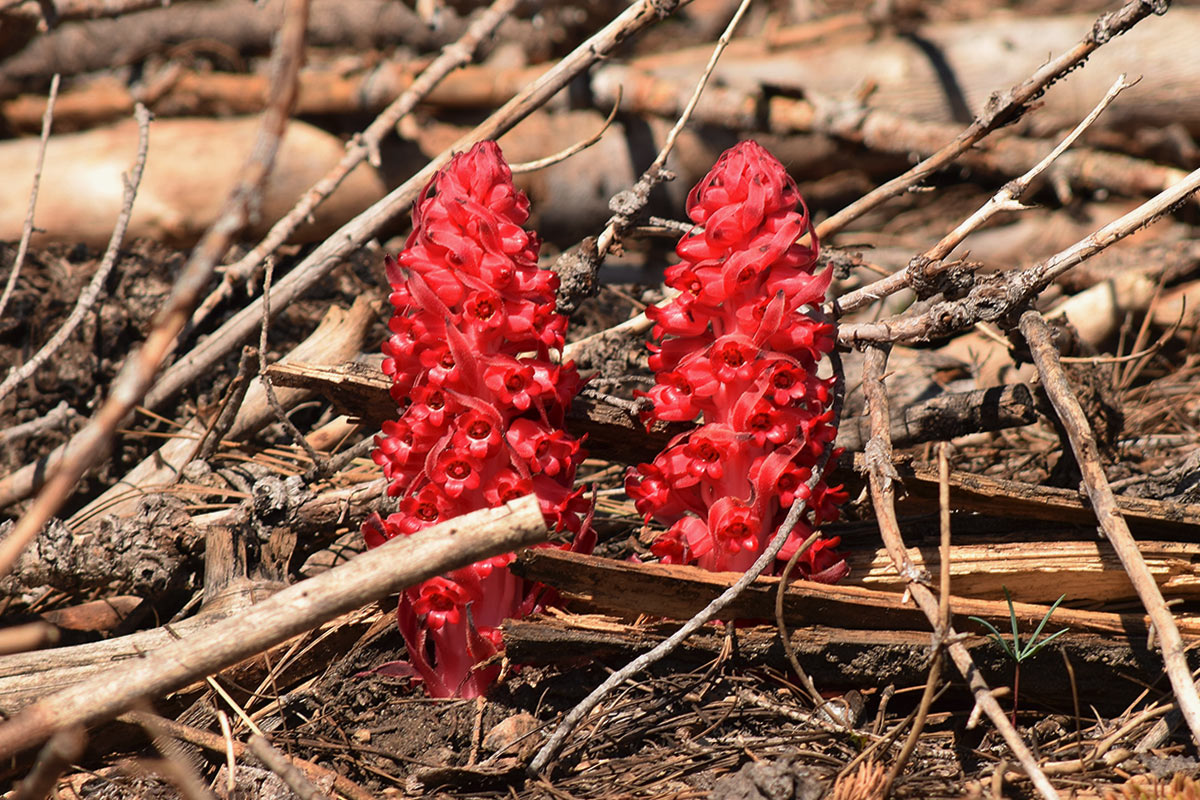 Snow Plant, a parasitic plant, was bountiful this spring at Lake Tahoe due to this past winter’s epic snowfall. © Jared Manninen

So instead of settling for the everyday snapshots of nature that occur as we walk by, I’ve begun to pull out the metaphorical microscope to have a closer look. In doing so, I’ve been able to occasionally trace one scene after another until ultimately some type of conflict is revealed. This makes for compelling images and a more rewarding outdoor experience.

I can’t say why this shift of focus toward outdoor adventure occurred. But because the experience has been so rewarding, I don’t feel compelled to deviate from the approach any time soon. 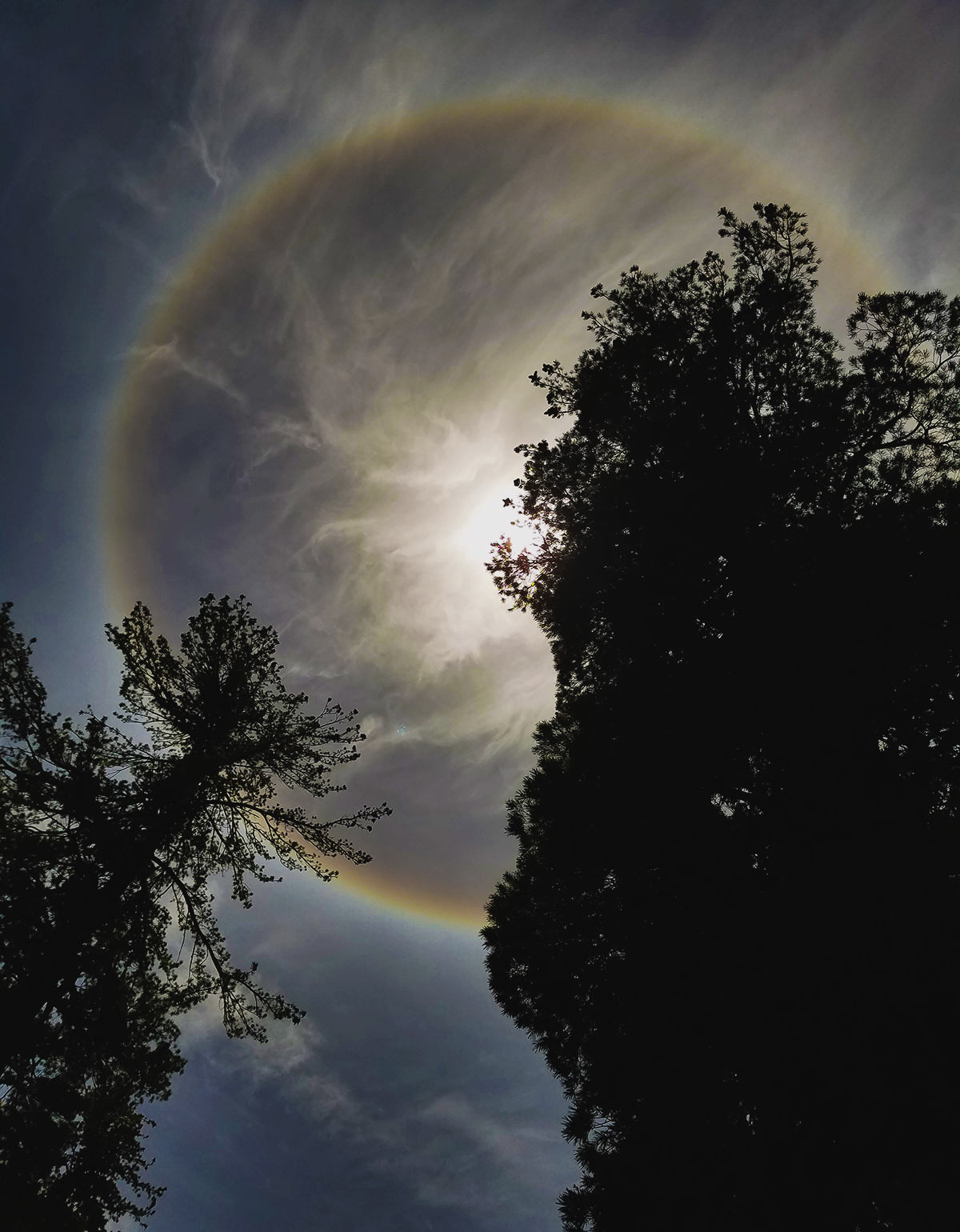 As I was eating lunch on June 29, 2019, I looked up and noticed this rainbow around the sun. Combined with the swirling clouds, the scene looked cosmic. I felt compelled to take a few photos of the phenomena. © Jared Manninen 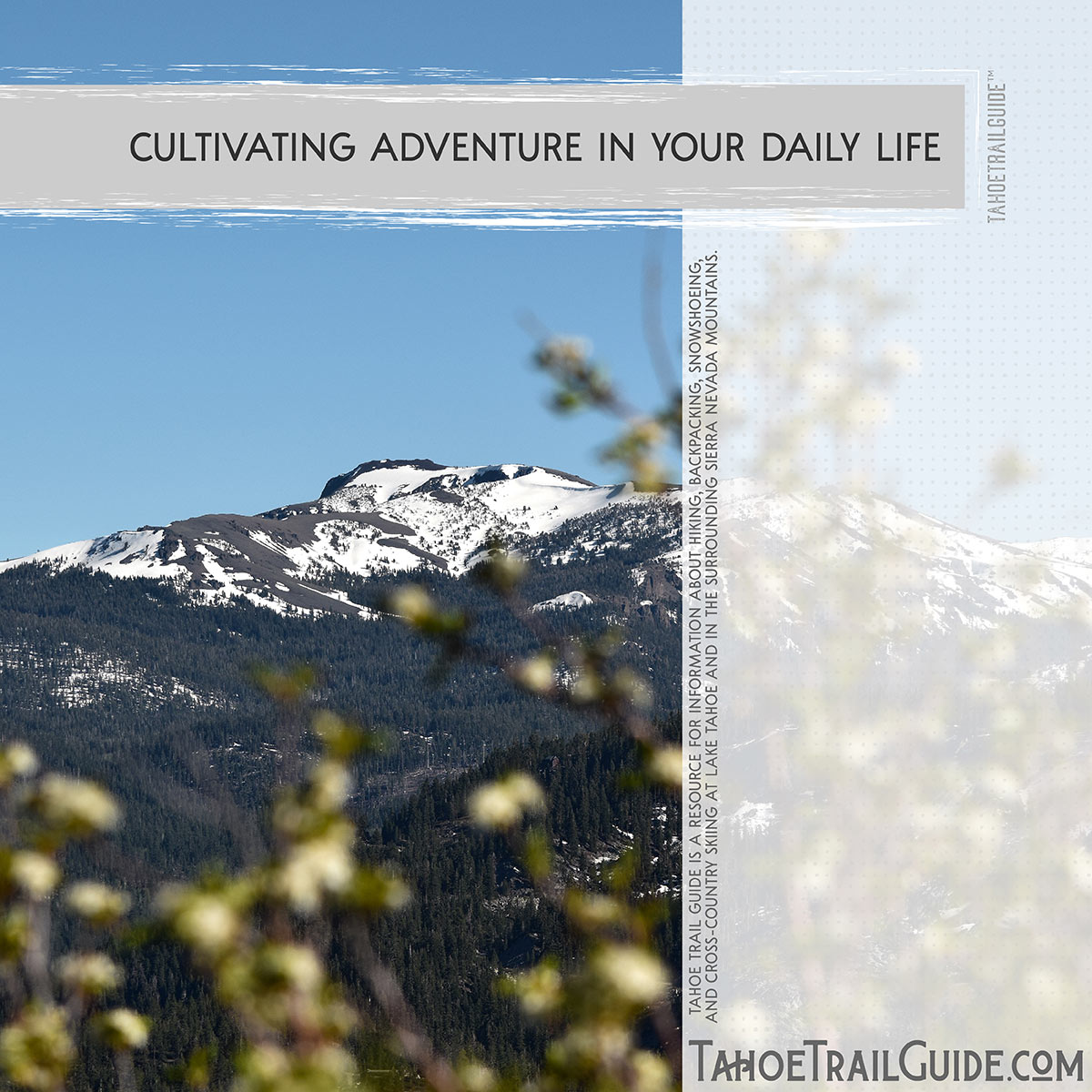 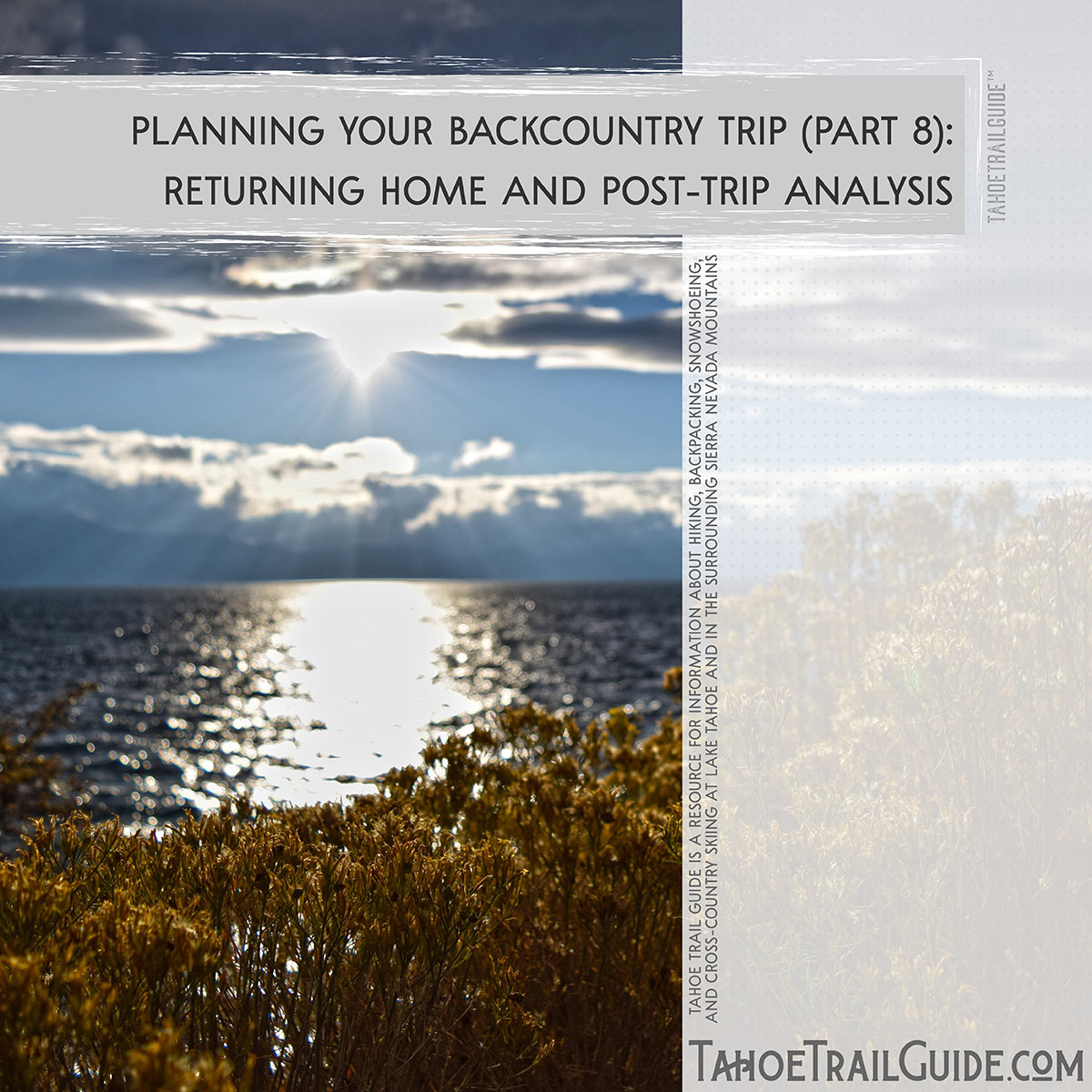 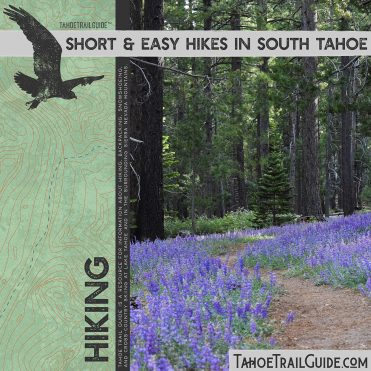 For those who recall the social advocacy that my mom has embraced for the past decade, there have been some big and exciting developments. Of the original “Monfils Six” who were wrongfully convicted back in 1995, only Keith Kutska currently remains in prison. Mike Piaskowski was exonerated in 2001. Dale Basten was released on parole in 2017 due to health complications, but ultimately died 10 months later. Michael Hirn was paroled in December 2018. Rey Moore and Michael Johnson were both released on parole in the first week of July 2019. One of the important things to note about the last three men to be released on parole is that none of them were required to admit guilt. This is huge because that’s usually one of the key elements to getting paroled (i.e. taking responsibility for your crime). None of the men have ever admitted to doing anything nefarious in the death of Tom Monfils (of which they were all convicted for).

For more information about the Tom Monfils case, visit MonfilsCase.com and JoanTreppa.com. 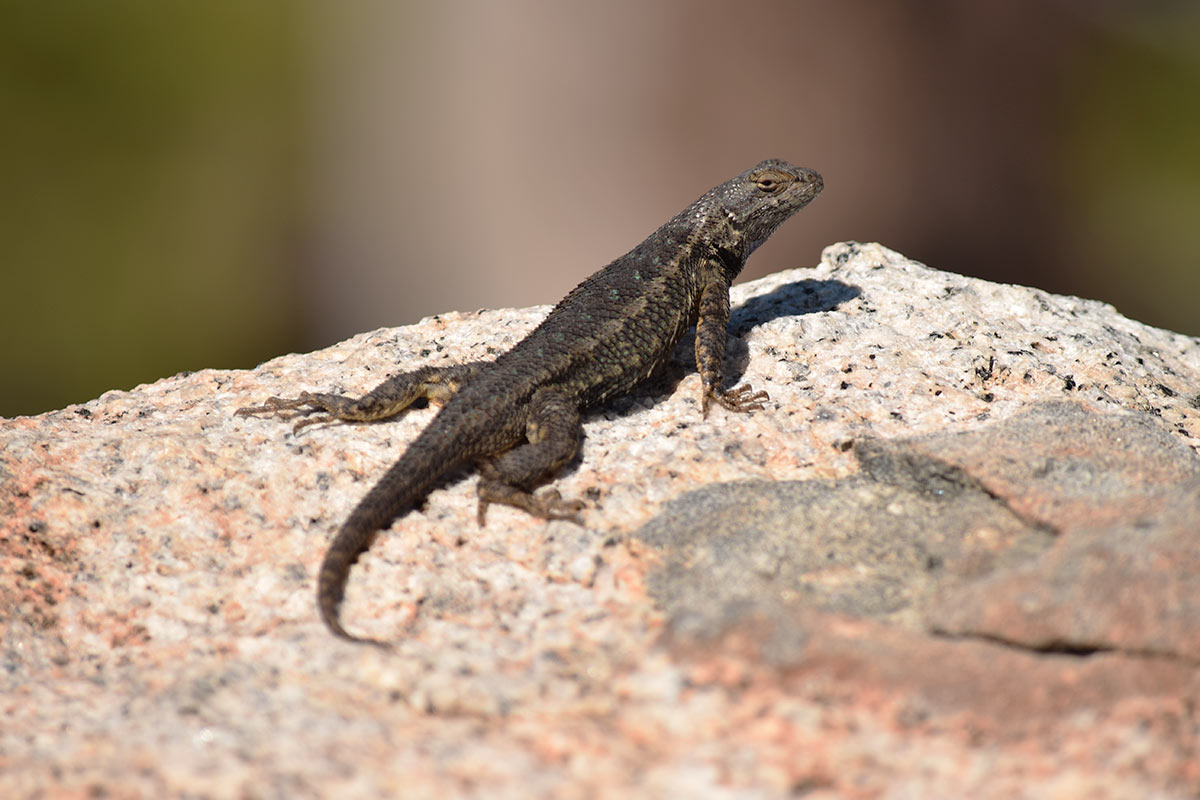 A Western Fence Lizard sun-bathing on a boulder of granite. © Jared Manninen

Lastly, my friend Lisa Gavon, who writes human interest stories for local (to Tahoe and Carson City) news outlets, composed a nice piece about me last month. If you’re interested in reading it, you can find it at the Record-Courier (Minden, Gardnerville, and Carson City).