Out of necessity I moved around a lot when I was a young child. The few times I moved during my middle and high school years it was within the same school district, so that at least provided stability. Then, after graduating high school, I spent the following 13 years perpetually on the go never living in one general region for more than a few years at a time. Whether I was running from something or running to something, I couldn’t say for sure. Probably a combination of both, actually. But September 15th marked my 12-year anniversary of living at Lake Tahoe and, although I’ve moved once since initially landing here, the dozen years I’ve now lived in Tahoe is most definitely a record for me.

I find this last bit humorous because I moved here on a lark. I won’t go into the details of that whole process, but in full disclosure (and to my embarrassment) prior to moving here the only Tahoe I knew of was the Chevy. So much for believing that I was “well-traveled.” In my defense, though, the world is a big place and we can’t know everything. 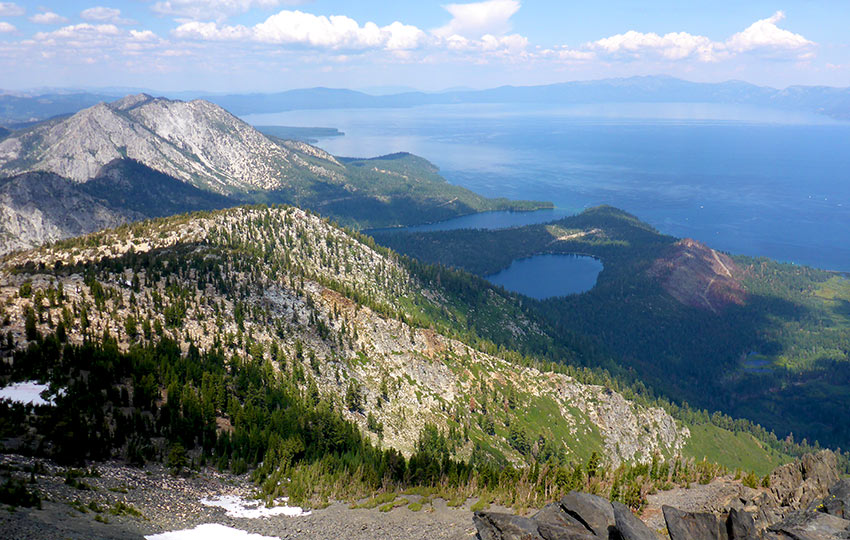 View of Lake Tahoe from the top of Mount Tallac on August 23, 2017. And yes, those are some patches of snow.

I also celebrated my 43rd birthday the other day, and as I tick off the years and take stock of my life I now see just how closely tied my well-being is to my geographical location. Although this belief didn’t manifest immediately, I can say with certainty that Tahoe has given me a new lease on life. The evidence is in my ability to rise every morning with hope in my heart and mind and an eagerness to embrace the day.

Additionally, I would like to believe that my inspired disposition comes through in my art and writing. As I mentioned in last month’s letter I have found a clear vision for, and a rhythm to, my work. The blogs, infographics, activity books, maps, posters, and other outdoor-related stuff I’ve been making these days resonates with me like nothing else I’ve ever created. In hindsight, the fact that I have a bachelor’s degree in communications and technical writing doesn’t seem so odd or unrelated anymore. As academic as it sounds, everything I now produce revolves around the transmission of information in one accessible form or another that’s both visually stimulating as well as informative.

Thanks to having found a place in which I love to live, I’m inspired to go on adventures (big and small), to break the patterns and routines of my daily life (at least every once in awhile), and to learn more about the world around me. 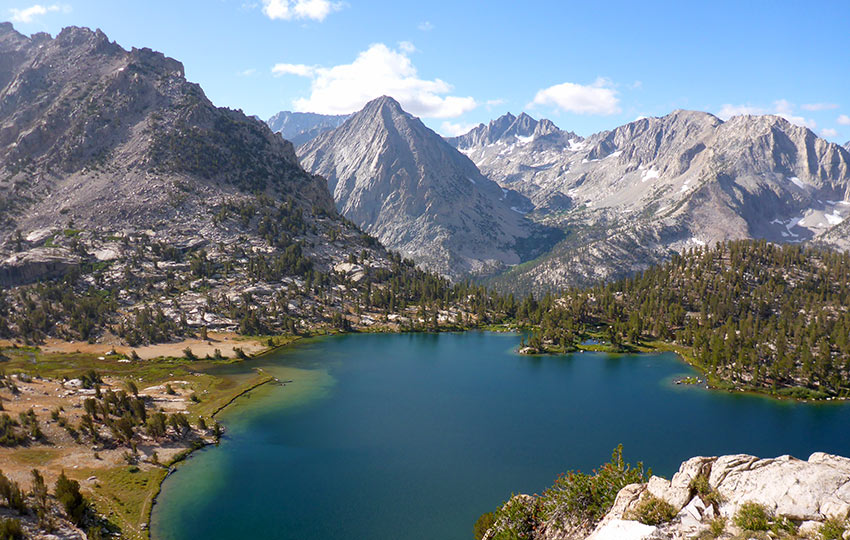 Technically not a part of the Lake Tahoe region, but this is just down the road (HWY 395) and still part of the Sierra Nevada Mountains. Pictured here is Bullfrog Lake and East Vidette Peak (center). I recently provided a food resupply (via Kearsarge Pass) for a friend who is thru-hiking the John Muir Trail.

Click the image to read the Tahoe Trail Guide blog I wrote about Northern Goshawks.

***Please note that the bird featured on this infographic is actually a juvenile Red-tailed Hawk not a Northern Goshawk. I learned this later thanks to a perceptive TahoeTrailGuide.com subscriber. However, I’m leaving the original post here so you can see it. I will update this poster eventually.

original text: The following infographic goes hand-in-hand with the blog featured above. The day my roommate’s cat died (see last month’s letter) we were all outside just before the veterinarian appointment when this beautiful Northern Goshawk flew through our backyard and onto our neighbor’s property. I was very grateful that it didn’t snatch up Etcetera (the cat who ultimately died that day) or Dotty (the younger cat still with us) because Accipiters, which is the type of hawk this is, specialize in hunting small mammals in addition to other birds. When it flew through the yard, I ran inside to retrieve my camera and was able to capture this shot of it looking back at us. I ordered the medium-sized poster for myself and the print quality is superb!

Here are some posters I designed using photographs that I digitally modified. The posters are not complex, as you can see. However, that is exactly what I like about them. Again, you can order these from my “Tahoe Swag” collection on Redbubble. 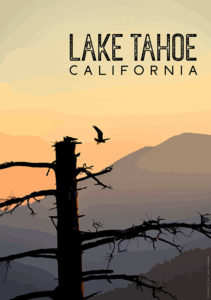 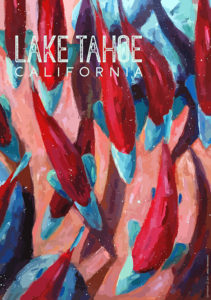 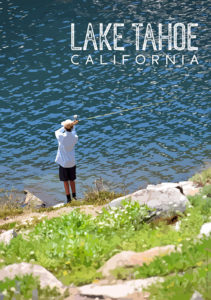 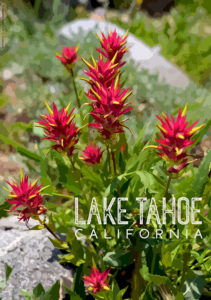 Lastly, a friend of mine who works for Tahoe Weekly, a publication on the north shore of Lake Tahoe, wrote a nice article about me and my creative process. Click to read it.