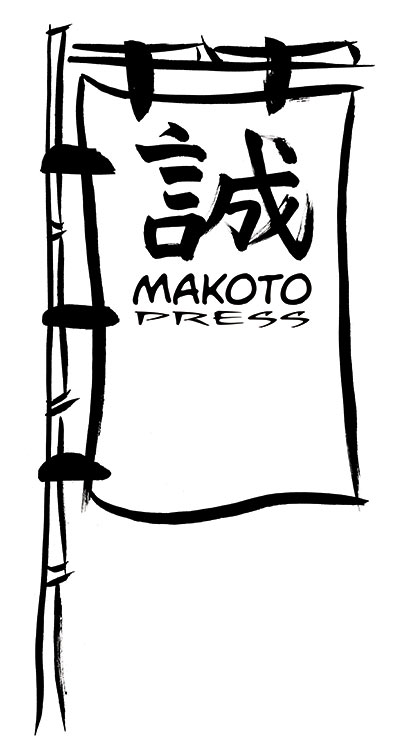 Although Makoto Press has, for all intents and purposes, disbanded here is how it all began and helped me to start forging my path as an independent creator…

The co-founders of Makoto Press, Jared Manninen and Joe Daley, met in 1995 while serving in the United States Marine Corps (Charlie Company/ 1st Battalion/ 5th Marine Regiment) and have been great friends ever since.

In the years following their service, they lead parallel lives. Each bounced from job to job and pursued individual goals, yet neither achieved the level of independence they sought.

Jared was unemployed that year, but between searching for jobs he pursued a life-long dream – to self-publish a graphic novel. Drawing upon his graphic design background and many years of fine art experience (and a bunch of how-to books and online tutorials!), he started learning sequential art.

While working on Gruesome Tales To Tickle Your Terror Bone, Jared realized he wanted to tell stories and make books for the rest of his life. In order to accomplish that dream, he’d have to treat the process not only as a creative one, but as a business venture as well. The problem was he didn’t have the time or the skills to run a business by himself.

In addition to being a good writer and an avid reader, Joe possessed a great deal of business knowledge. For years he had been self-employed, running his own business and embracing free enterprise. However, many of his endeavors boiled down to simply paying the bills rather than pursuing his passions.

Jared and Joe discussed the potential of a joint venture in mid-2010. Pool their resources? Share the duties and responsibilities? Work toward a fun, exciting, and unified goal? The choice was simple.

And so, Makoto Press was born.

Which brings us to the company name…

Both founders have been training in martial arts since 2003. Jared in Aikido, and Joe in Brazilian Jiu-Jitsu. Regardless of the external differences, both arts originally came from Japanese Jiu-Jitsu (of samurai lineage — “samurai” translates as to serve). One of the seven virtues of the samurai was “makoto.” There are many translations of the concept, but one of the most accepted is complete sincerity – a total commitment to the present moment – fulfilling one’s duty to the utmost of their ability — that which is said, is done.

Jared and Joe chose a name that would not only represent them and their work, but would also be a guide along their journey of building a successful publishing company.