Our Relationship with Time

The transition between fall and winter always reminds me of some sort of dramatic “estuary of time.” The overlapping and co-mingling of fall’s blue skies and yellow aspen leaves with an early season snowstorm that leaves the pine and fir trees snow-flocked creates within me an excitement for things to come (namely cross-country skiing!). But those feelings aren’t always positive. Occasionally they manifest as anxiety. This is usually based on me either running out of time or totally neglecting to prepare for, physically and mentally, the inbound snowstorms of the upcoming winter.

This year, my emotions have been a mix of the two. By the time fall came to a screeching halt on November 1st (with Tahoe’s first really significant snowstorm), I had checked many of the boxes on my to-do list. I was relieved that I was finished with the backyard shed, got my Jeep back from the mechanic, and stored and tarped all of the lawn furniture and firewood. But I put the finishing touches on these winter preparations, literally, the day before that storm hit. So although I completed the most critical tasks just in time, I had no breathing room left whatsoever. 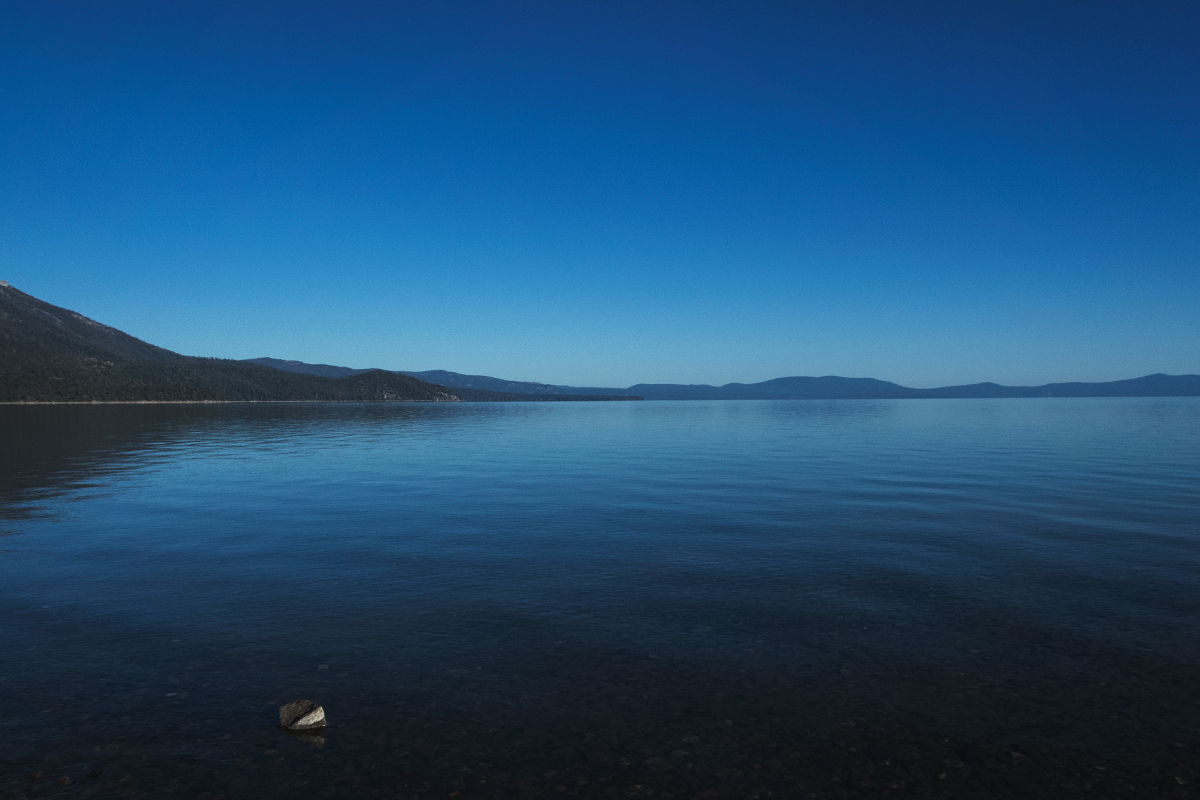 This month’s newsletter was one of the many fun projects from my to-do list that did not get checked off. It’s not a time-sensitive thing, I realize, but I do like sending it before the midpoint of any given month. For this oversight, however, I’ll blame cross-country skiing! That’s because soon after the snow started falling, I was skiing in it. And I have the YouTube videos to prove it!

Honestly, though, the real reason behind my failure to publish this newsletter earlier (and complete many other fun goals) is because my brains were fried by the time October came to a close. I was frustrated that those house projects and vehicle repairs took so long, occupied so much space in my mind, and depleted much of my savings. So I needed a break afterward from doing anything of consequence. Thankfully, that new snow provided me an opportunity to play and, therefore, relieve some stress. 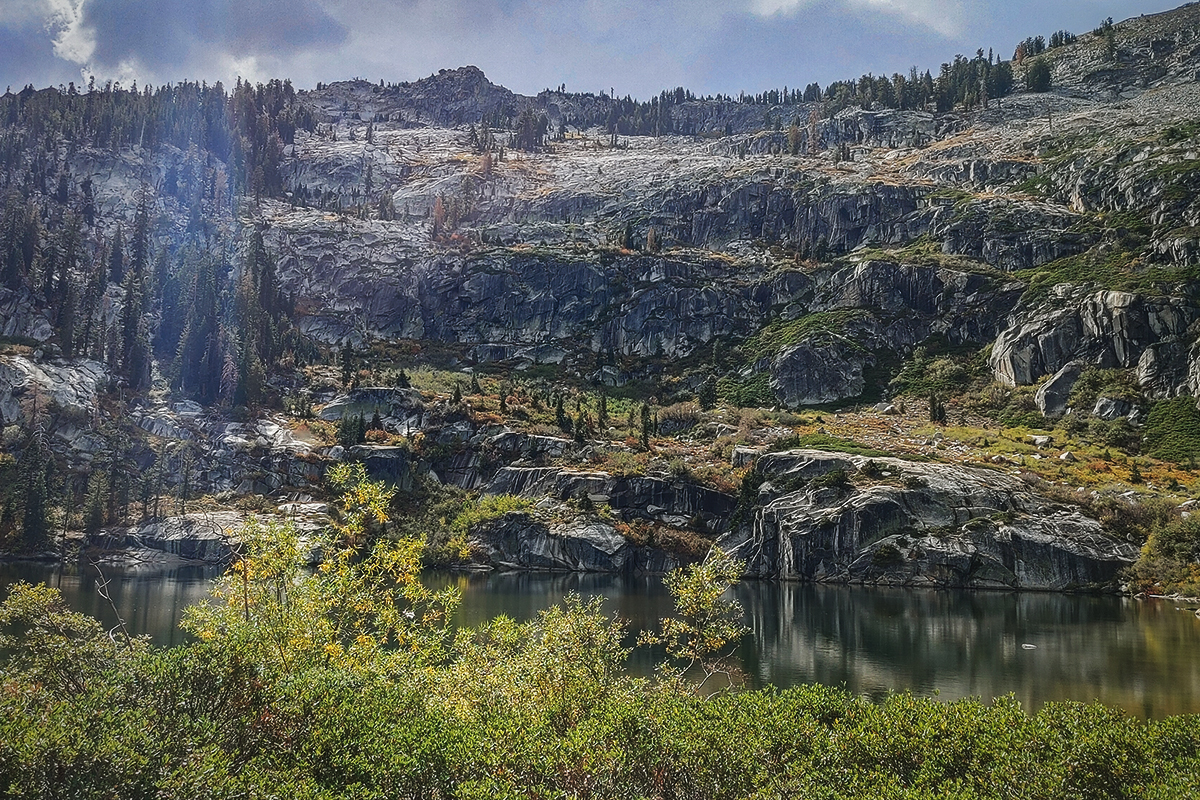 I know this sounds ridiculous, like I’m lamenting my first world problems, but I’ve never done well with many of the “normal” aspects of life to which most people never give a second thought. Stuff like holding a 9-5, Monday through Friday office job, spending my day off shopping and running errands, wrenching on a vehicle over the weekend, or even just tending to the yard in the evenings after work. It’s not that I don’t participate in those activities to one degree or another. I do, obviously. But I’ve never made them priorities in my life.

Rather, I’ve been trying to build some sort of non-traditional, creative-oriented lifestyle ever since I graduated college back in 1999. And, believe it or not, there aren’t many blueprints or career paths in which to follow in order to be successful in this particular pursuit. Often they’re passion-fueled, so the challenge to “succeed” becomes even more evident when, for years, you don’t really have a clear vision for the long-term. What is it that you want to do or say? How do you want to make your impact? 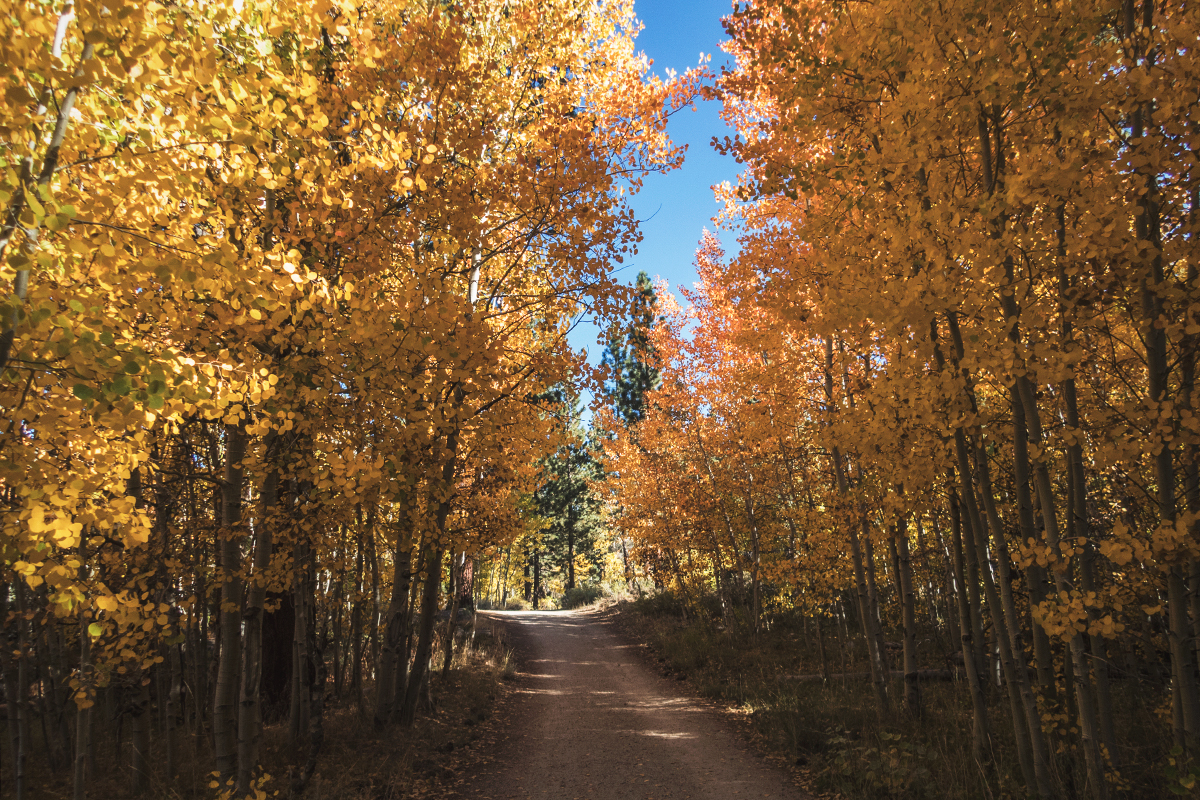 One of the many colorful Aspen groves en route to Marlette Lake on October 14, 2022. © Jared Manninen

Unfortunately, much of my life experience revolves around throwing a lot of stuff at the walls with very little of it actually sticking. Well, at least up until a few years ago when I started building Tahoe Trail Guide and my YouTube channel.

The one thing that has always stuck with me, though, is the importance of time. I would argue that time is one of the most critical factors contributing to a person’s success in any given endeavor. I’m not saying that you need all the time in the world. You just need enough because, regardless of pursuit, it takes a long time to establish healthy behaviors, find your rhythm, or to just get good at anything.

But how much time is enough? 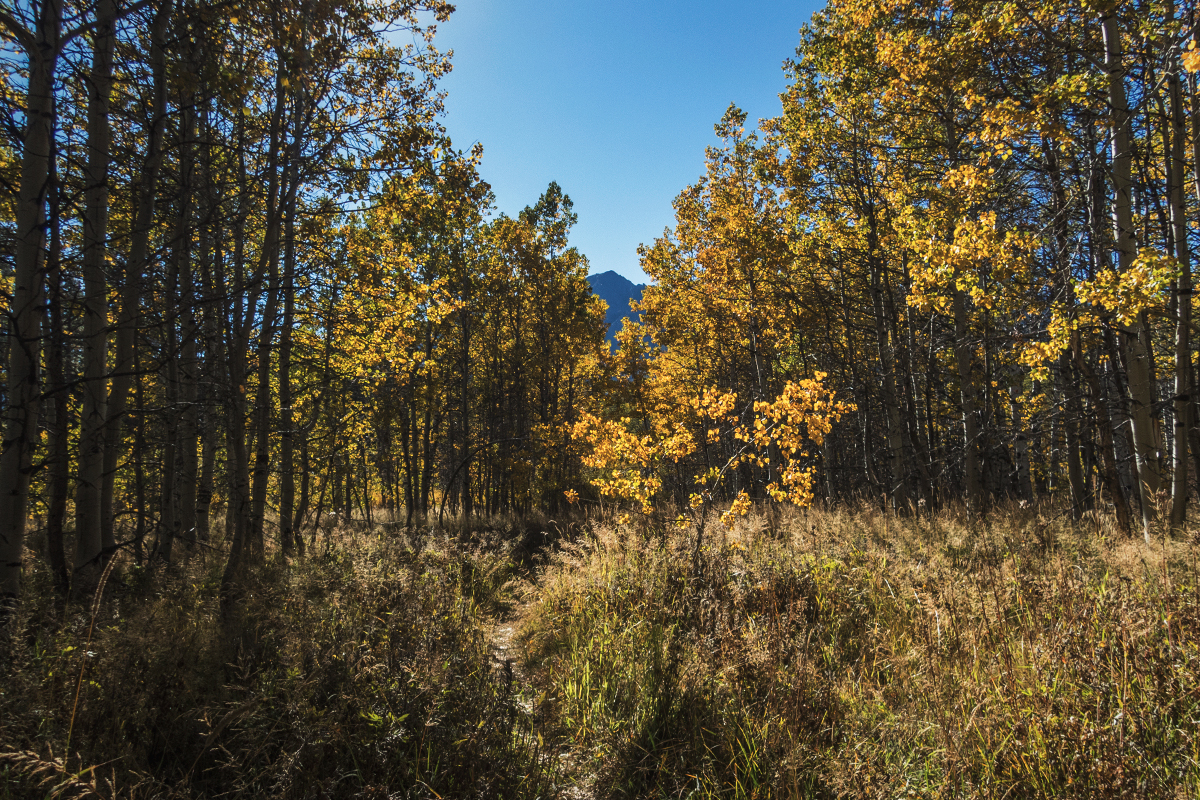 A peek-a-boo view of Mount Tallac from Cathedral Meadow on October 15, 2022. © Jared Manninen

Well, that’s the million dollar question. If we knew exactly how much time we needed to achieve a life filled with passion or a state of existence that’s fulfilling and meaningful, for example, we could just plan and prepare accordingly. We could carve out from our daily routine the exact amount of time it would take to reach that goal. Then we could just plug away at it a little every day. Or, if we didn’t have enough time within our regular schedule we could maybe raise enough money to buy us enough time to set our plan in motion and see it through to the end. The latter option is in the realm of venture capitalists and startups, right? So it’s not that far-fetched. But what’s the success rate of that equation? And how much are we willing to financially gamble on our endeavor?

So, what about that first option? The one about building into our everyday schedule a plan for achieving our goals and embracing our passions. Basically, we’re just going to work with the time we have regardless of how limited it is. Now, keep in mind that this is all based on the assumption that you’re not already living this passion-filled life through your existing job or career or lifestyle. Congrats if you’ve already achieved this! I actually know a few people who knew exactly what they wanted out of life from an early age, and they went after it. 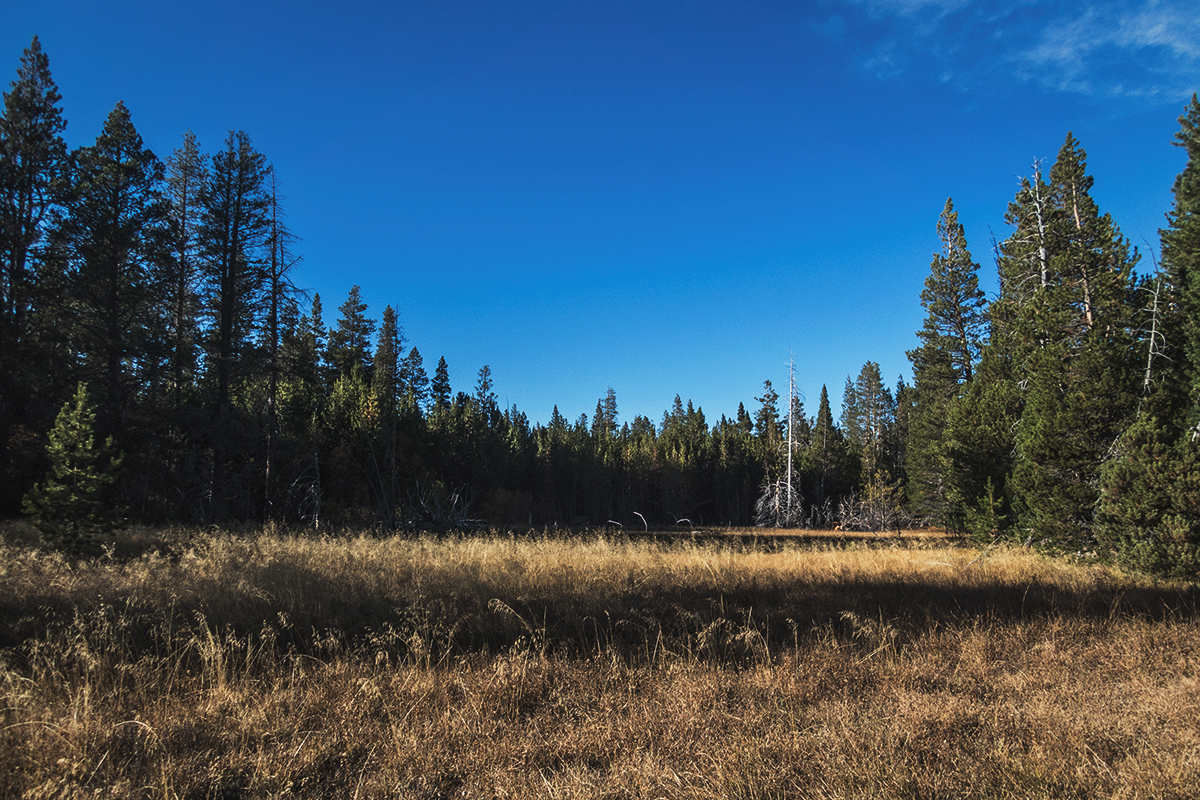 But I’m not one of those people. So for the rest of us who are just trying to figure it out, the problem with setting aside time each day to pursue your passion is often way easier said than done. Ask anyone working a full-time job and raising a family or who’s hamstrung by loads of debt and has to work multiple jobs. Then throw in an organized evening activity or two each week, and your time is up.

This brings me to a subsequent and the most important lesson that I’ve learned over the years regarding time. Except for a few brief periods in my life where I threw all caution to the wind, I have tried to incorporate into my schedule those passion-filled activities a little each day. This is not an easy thing to do, but not only for the typical reasons that I previously stated. Rather, regardless of your life circumstances everyone and everything will try to steal your time. I don’t mean to sound conspiratorial, here, but the universe simply won’t tolerate a void. The minute you create space or an environment in which to pursue your passion, stuff is going to rush into that same space and try to fill it up. This may not be an intentional act on anyone or anything’s part, but it happens. Constantly. 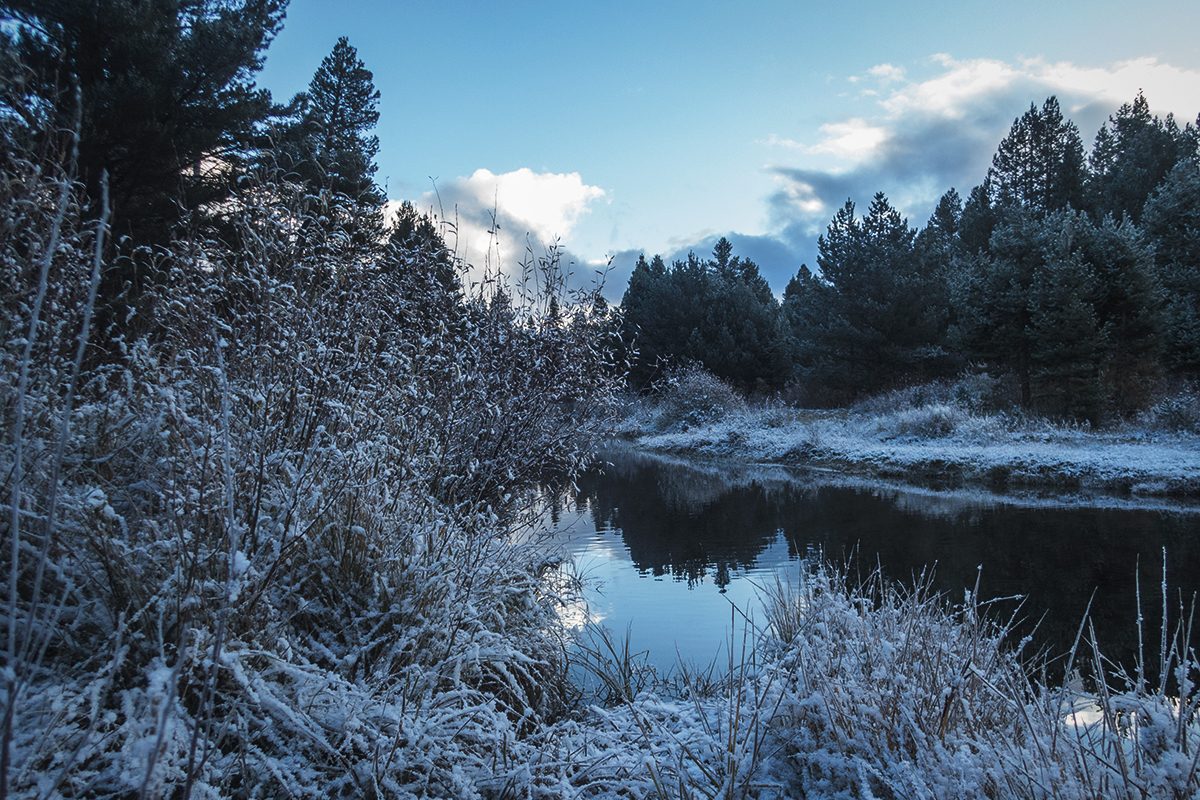 So if you want to start making a shift in your life en route to pursuing your passion, you have to fiercely protect what little time you have. You have to guard against all of those outside forces trying to encroach upon your time. On the other hand, probably the greatest time thief that you’ll have to defend against is your own thoughts and impulses.

Succumbing to those internal factors is probably my greatest regret of this whole experience because I know better than to allow frustration and despair to take hold. And, realistically, everything I addressed this fall was necessary. So it’s not like the time was actually wasted. It was just a harsh reminder that we have to actively work at protecting and preserving what little time we have on this earth. I was also reminded that, although we can’t travel back in time or recover any time that we may have lost, we can take comfort in the belief that everything happens at the right time, in the right place, and in the right sequence. 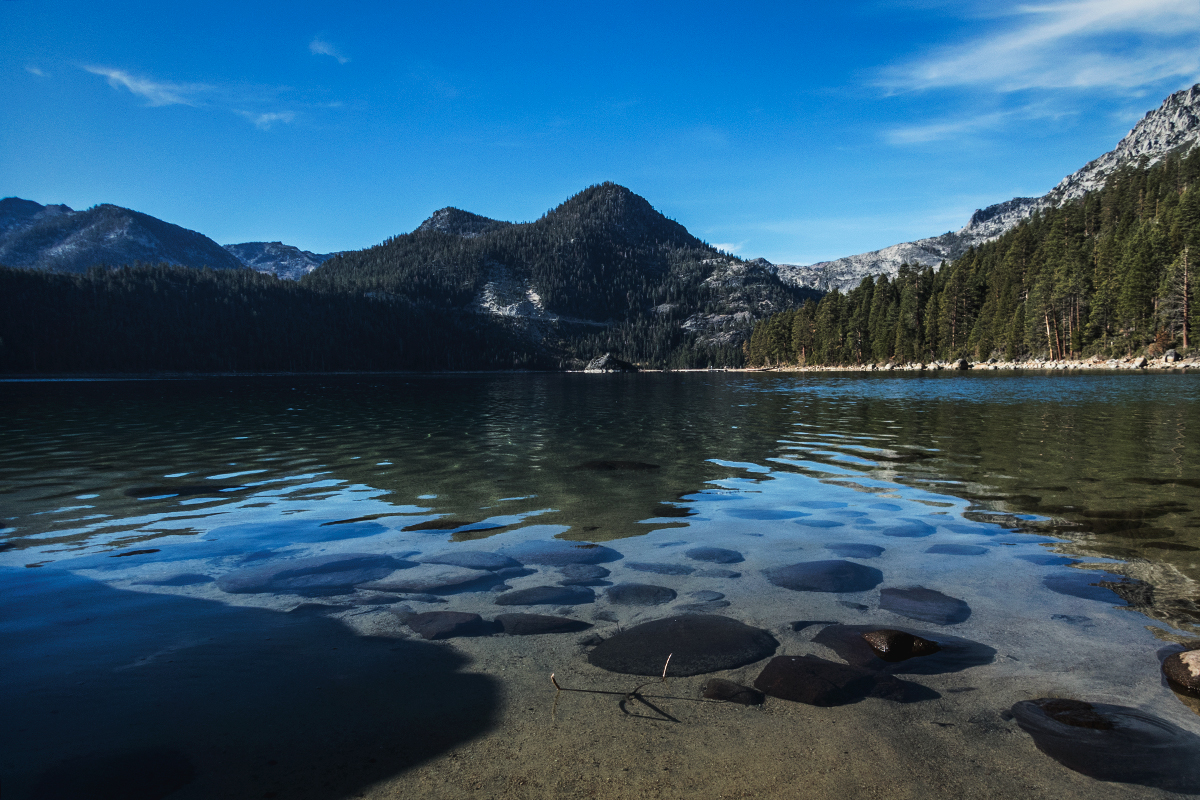 Between my backyard shed project (that’s finally finished!), dealing with Jeep maintenance for the past two months, and scrambling to find some late-season plants for the 2022 Tahoe Wildflower Big Year, I didn’t write any new Tahoe Trail Guide articles (namely another Donner Party article). However, since Tahoe has been hit by multiple snowstorms here at the beginning of November I’m back producing lots of winter-related videos. Had I been able to get this newsletter out before November first, these videos would’ve been included in next month’s newsletter. But because I’m so delinquent in publishing this, here they are now 🙂

Now that we’re entering the winter months, I’m seeing an increase in readership and viewership on Tahoe Trail Guide and my YouTube channel regarding cross-country skiing and snowshoeing. Always know that if you have any questions about either activity, you can post them in the comment section below or on the relevant articles or videos. I do my best to respond within 24 hours to all comments.

In the meantime, here are a few popular cross-country skiing articles that I’ve written to keep you occupied 🙂 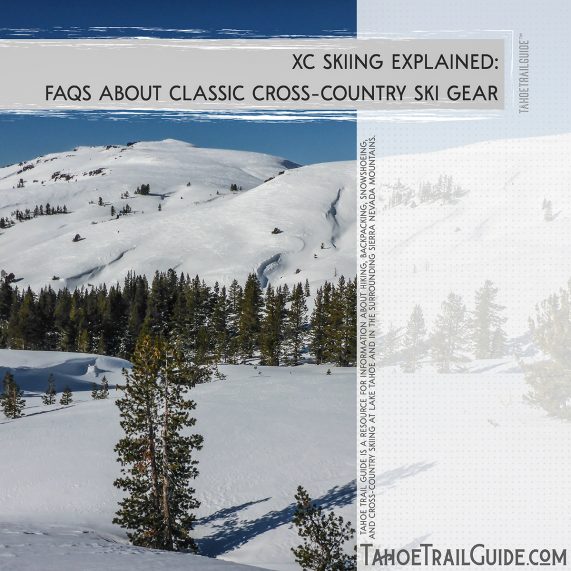 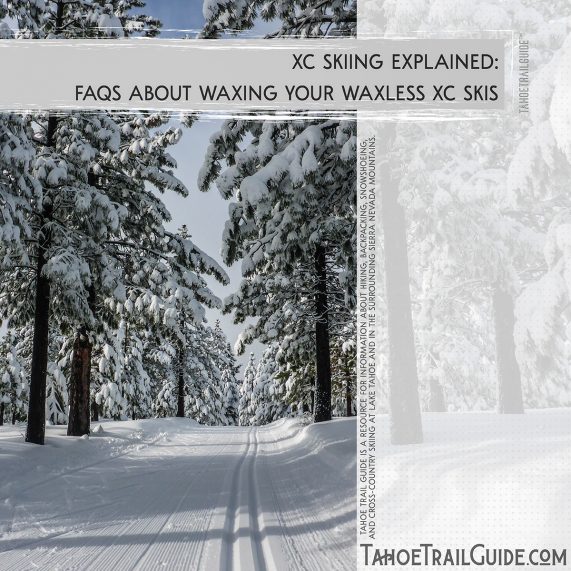 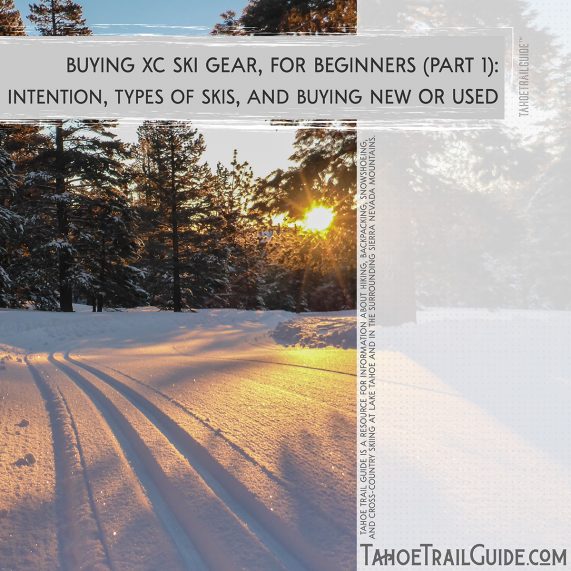 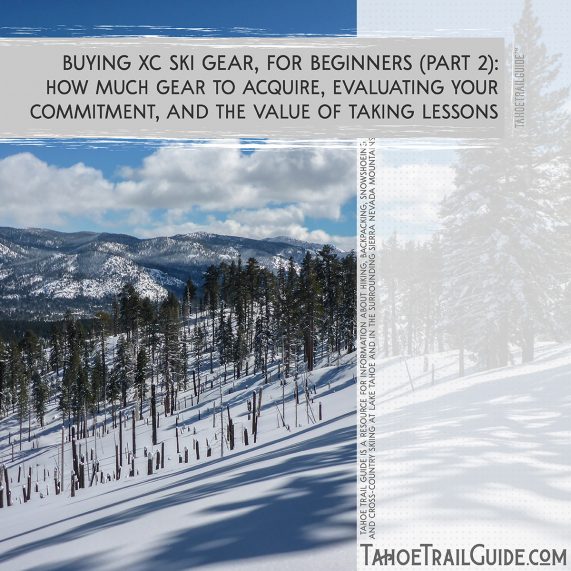 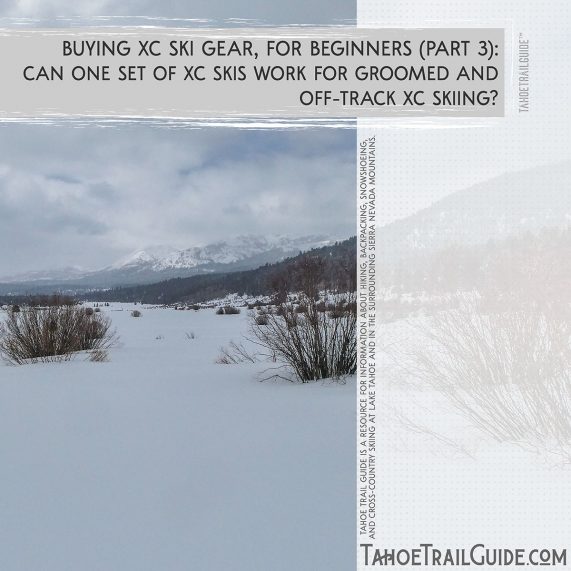 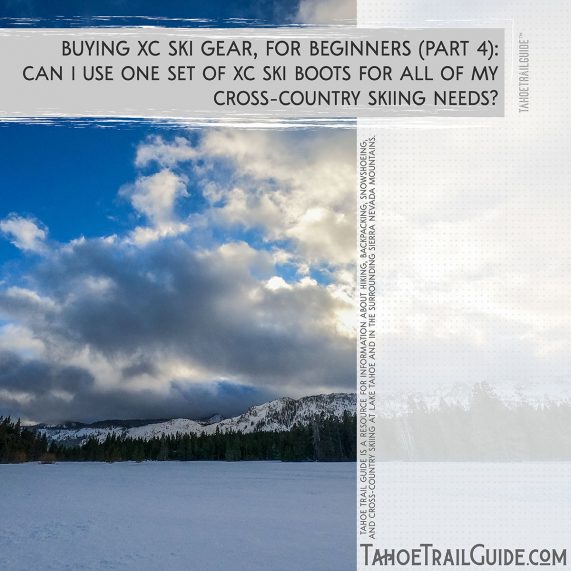 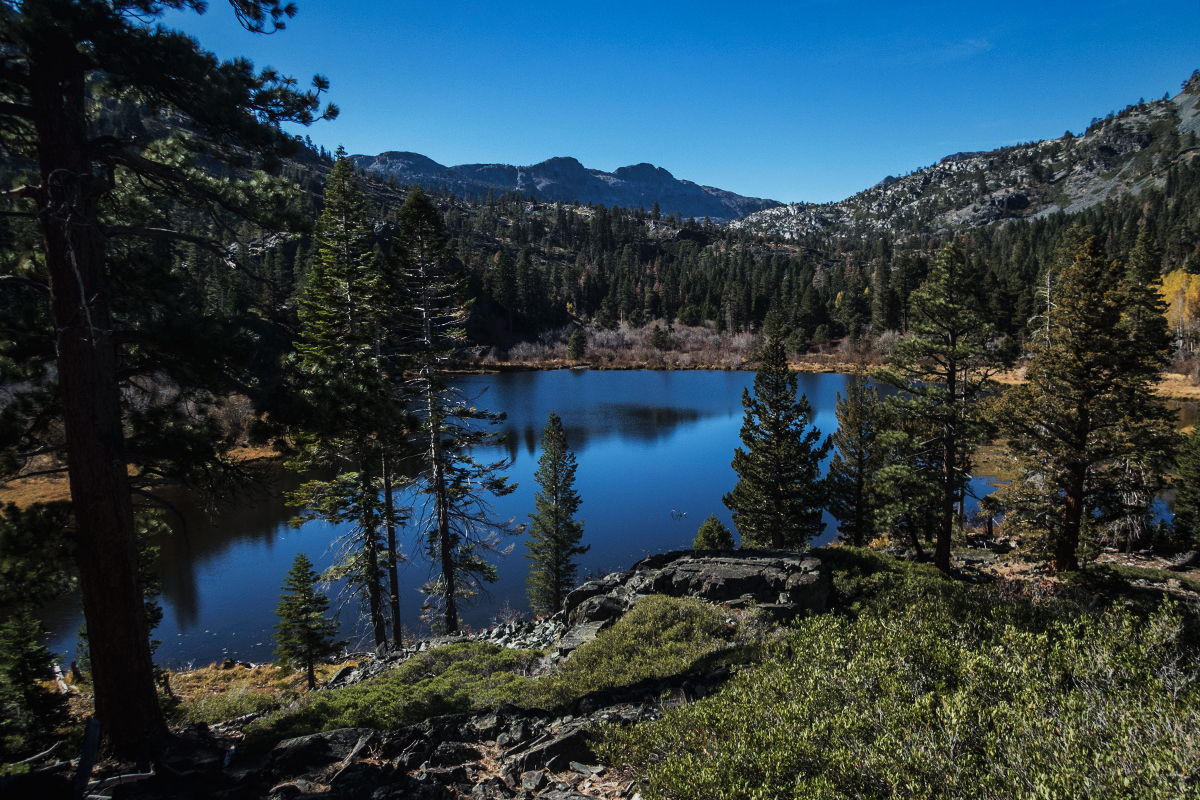 Searching Lily Lake on October 30, 2022, for some late-season plants (and before the inbounds snowstorms) for the Tahoe Wildflower Big Year. © Jared Manninen

To broaden my audience and get more mileage out of these newsletters, I’ve begun to adapt them into short videos for YouTube. I’ll incorporate short video clips into these recaps whenever possible as I do often capture nature videos when I’m outdoors (but don’t use the footage anywhere else). Essentially, I want to make two different presentations with a minimal amount of extra work rather than just creating a 1-to-1 adaptation of these text and photo versions of my newsletters.