The Law of Attraction

Between my many years of training in Aikido and working as a professional massage therapist, I’ve been exposed to various energy-based concepts and philosophies. This isn’t to say that I’m an expert in metaphysics. I just happen to have some experience exploring alternative ways in which to interpret life and the world around us.

And I always try to bring into my current passions much of what I’ve learned throughout life. So after experiencing a wonderful observation of a family of Pileated Woodpeckers last month, I couldn’t help but contemplate one of the many concepts I’ve explored in the past – the law of attraction. 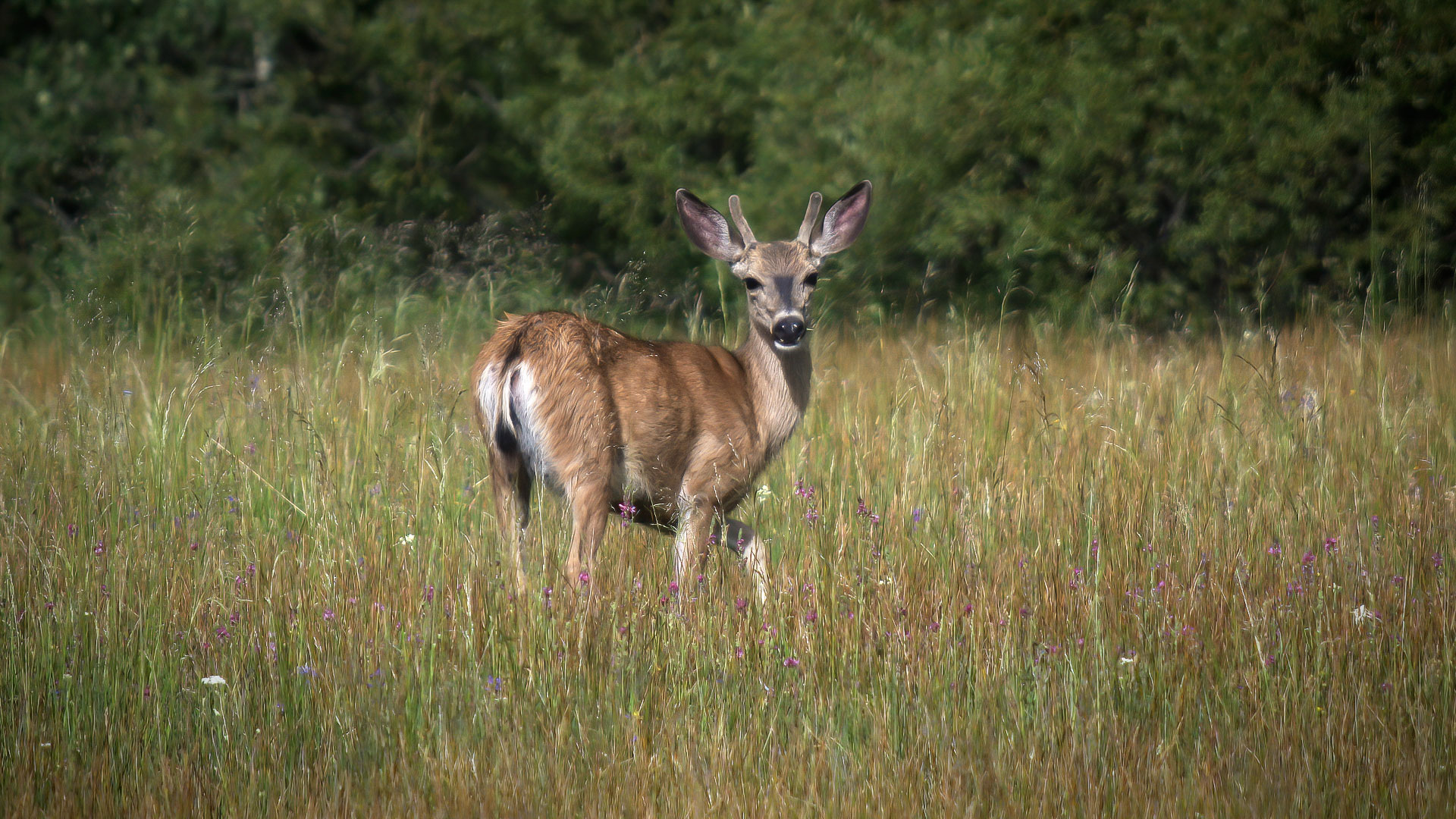 This concept was brought to the forefront of mainstream consciousness years ago due to the publication of a trendy and, in my opinion, pretentious self-help book. Then again, what self-help book isn’t pretentious?

But the only real secret to the law of attraction is simply developing your awareness of it. And then, of course, to try to use it to your advantage.

Believe it or not, everybody already knows this concept and practices it on a daily basis. Although you may not always be conscious of the law of attraction, I’m sure you’ve heard the old adage birds of a feather flock together. Well, that’s it in a nutshell.

Your friends and the people you surround yourself with are most likely a reflection of your personality, beliefs, and interests.

Seldom do they mix. 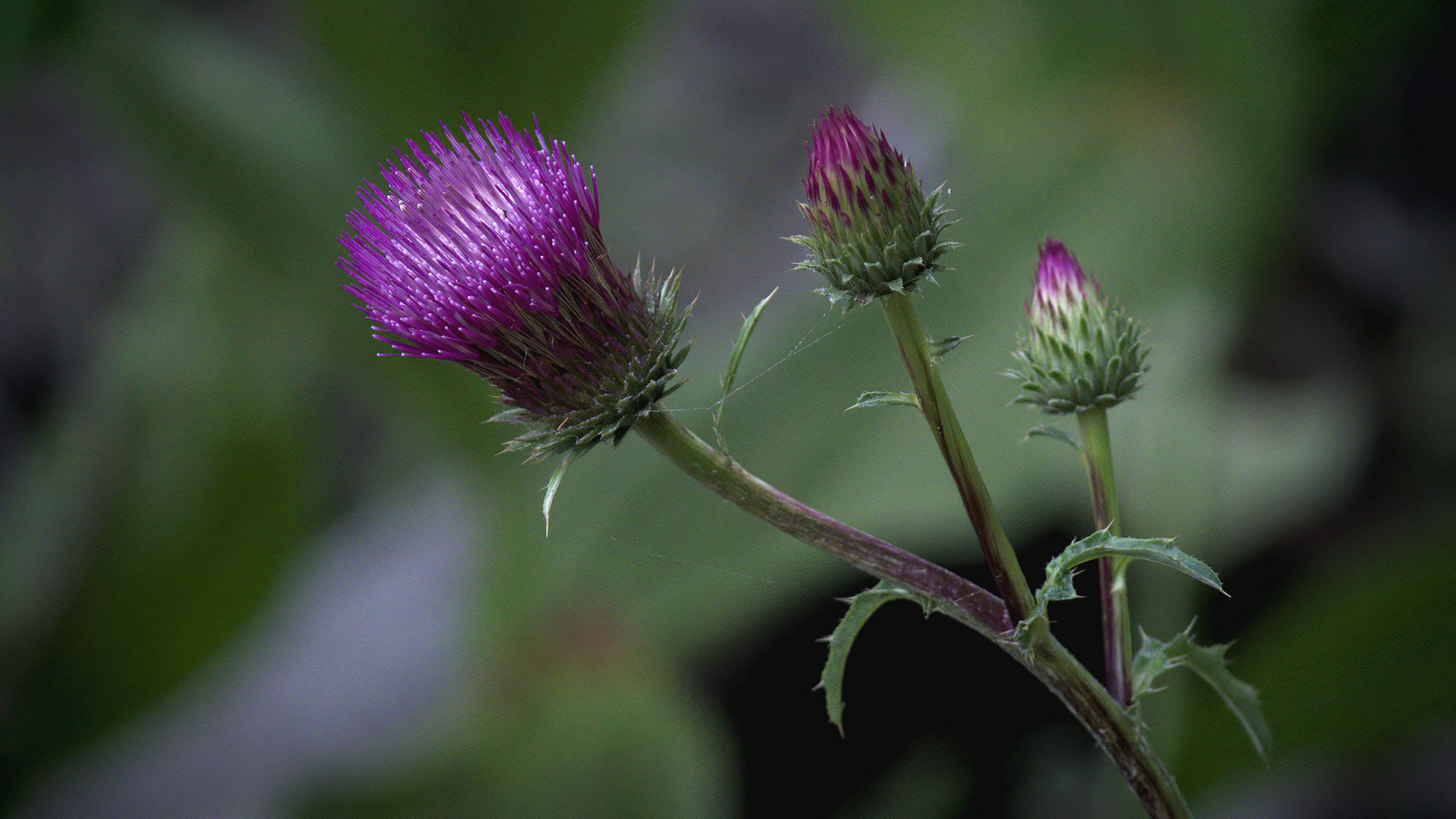 And, again, seldom do they mix.

George Orwell put it succinctly (and humorously) back in 1933 in his book Down and Out in Paris and London. In the relevant passage he states, “Dirt is a great respecter of persons; it lets you alone when you are well dressed, but as soon as your collar is gone it flies towards you from all directions.”

This shouldn’t really come as a surprise. It seems natural that people would gravitate toward the familiar which, is to say, that they prefer comfort and predictability. Even when that predictability comes in the form of suffering so long as that’s the natural state of the person in question.

People want to be part of a community, group, or movement that shares similar beliefs and traits to their own. 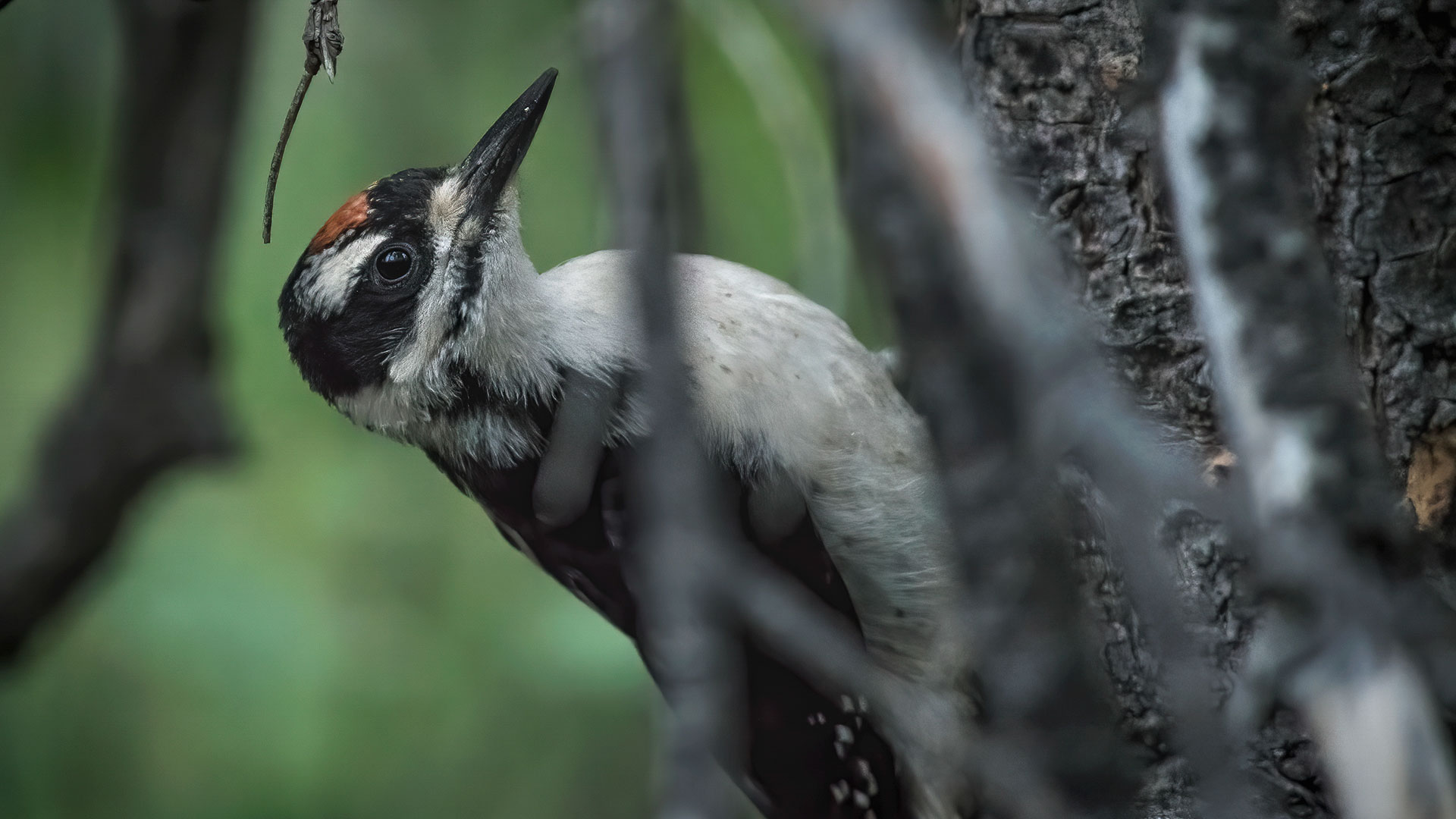 The problems stem from being associated with people, groups, or activities that do not inspire you to be a more compassionate, educated, and productive person.

When I was a coach counselor for at-risk youth we had a term for the kids who tried to exclusively hang out with other members of their race or former gang. That term was called “subgrouping,” and we actively discouraged it.

You can imagine why, right?

Because all of those fools they were still trying to associate with were the reason they were locked up in the first place.

So, being a part of a group or surrounding yourself with things that represent an idea or belief are fine. They just need to collectively help you toward finding and promoting peace and harmony. And, believe it or not, comfort and familiarity do not necessarily equal peace and harmony.

There’s a balancing factor to every equation. So, just because you believe a thing is providing you a service doesn’t mean that it’s not taking something from you in return.

All of that said, the way in which I’m embracing the law of attraction in my pursuit of naturalism is by surrounding myself (virtually during this time of pandemic) with people and things that are also in pursuit of the study of the natural world. 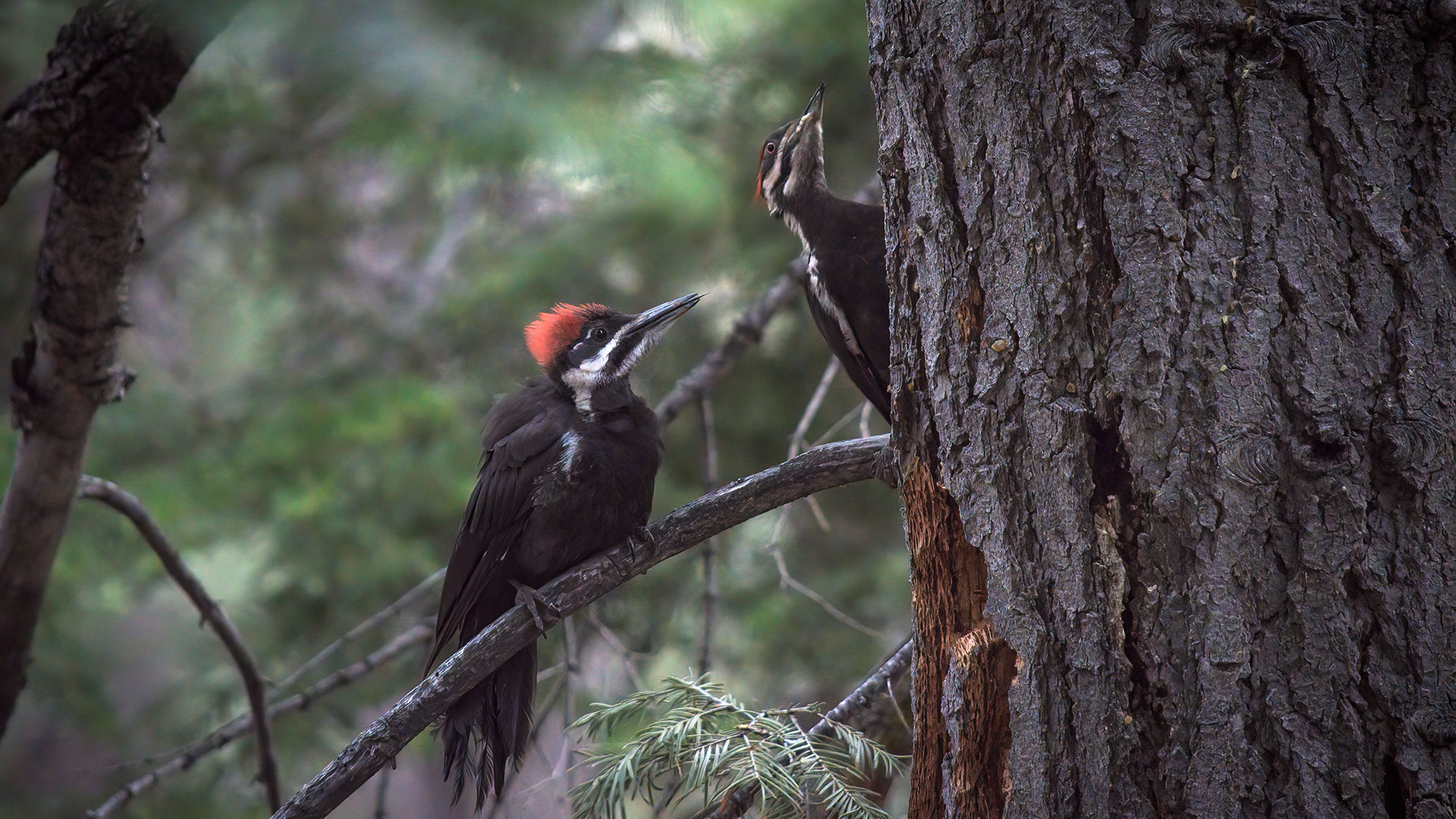 For example, just the other day I had a brief conversation via iNaturalist.org with a person who helped me with a couple of specific plant identifications. I recognized his name as an identifier from some of my other observations. But I also recognized his name from a passage in the acknowledgement section of one of my favorite bird books, “Birds of the Sierra Nevada: Their Natural History, Status, and Distribution.”

Does that make us best friends?

Of course not. But that makes us allies in pursuit of the same noble goal of gaining a better understanding of the natural world. And that’s a good relationship for me to have.

I’ve also met another extraordinary person via iNaturalist, who happens to be a botanist extraordinaire in the state of California. She’s helped me with identifying plants as well as finding quality reference material for my own research purposes. Additionally, there’s a good chance that at some point when the pandemic subsides she’ll be able to direct me toward inspiring naturalist volunteer opportunities.

These are only two of the exceptional people I’ve met within the past year who’ve helped me along my journey of becoming a naturalist. There are numerous others that I’ve failed to mention here. But they’re all inspiring people helping me to become a better and more knowledgeable person.

This is where I want to be. 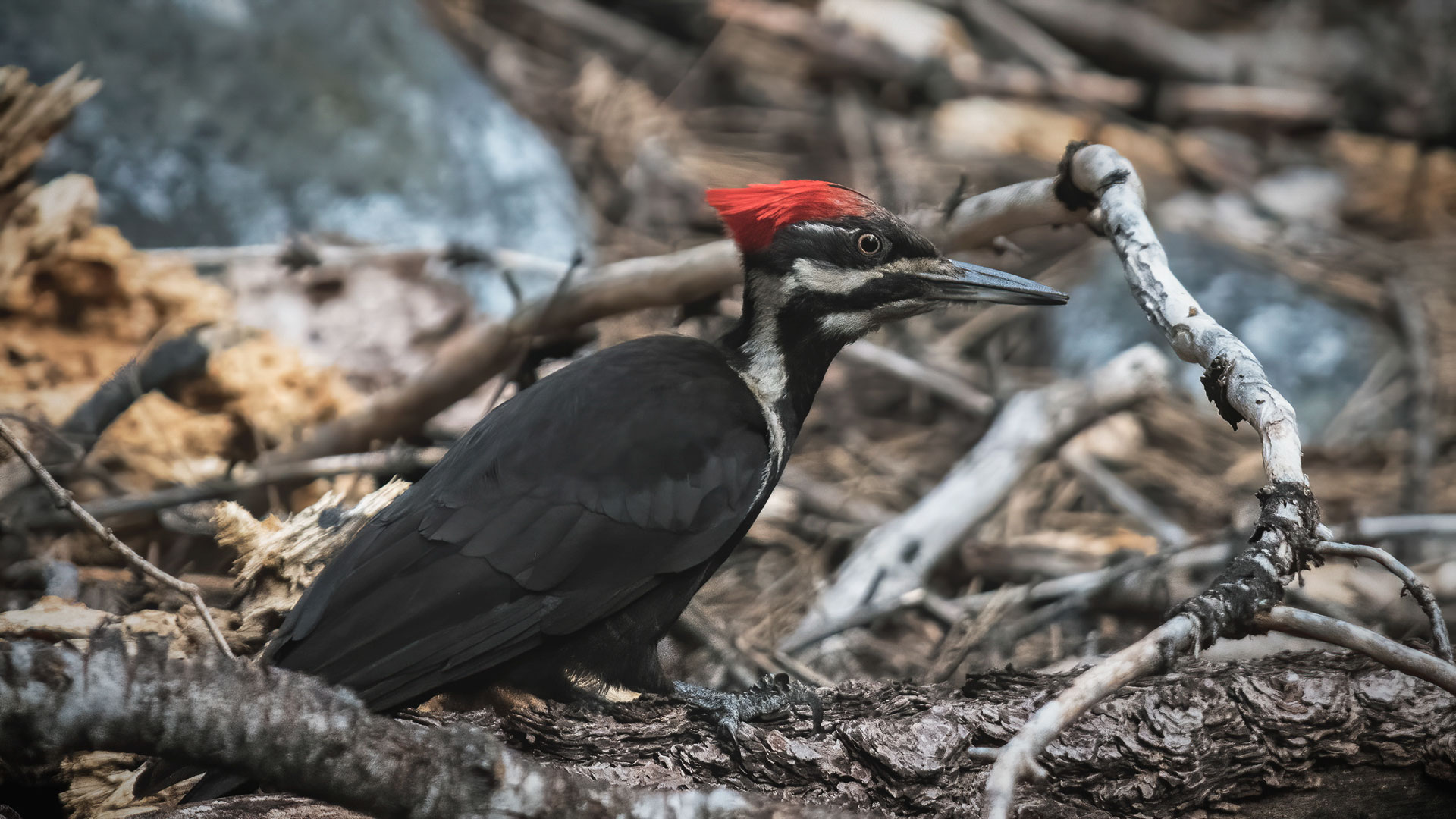 Reading between the lines, I hope that you can see that at the core of the law of attraction is simply the immersive experience inherent with “getting involved.”

If you want to be a wildlife photographer, for example, you have to get outside, have that camera at the ready, and photograph whatever wildlife that crosses your path. You should probably also learn about your camera and its various settings, as well as the subject matter in which you’re photographing. It would also be helpful to read some books, watch some videos, and ask some questions about wildlife photography. While you’re at it, find some other wildlife photographers from which you can learn and become inspired. And, you probably need to put on hold some of your other activities because photographing and then editing and processing all of those photos you take is a huge time suck.

There’s simply no way around this process. There’s no substitution for diving in and just doing it.

The bottom line is that if you want to be doing this, you probably won’t have the time to do that. You have to pick a thing and stick with it for a long time in order to get really good at it.

Obviously we all have obligations to meet and commitments to keep. However, you ultimately have to let go of many things in your life (including limiting beliefs) that pull you away or prevent you from becoming a wildlife photographer (or whatever it is that you want to be).

Surround yourself with people who are living the life you want to live. Immerse yourself in the world in which you want to inhabit. And, lastly, avoid getting good at shit jobs that nobody else wants to do. It’s a slippery slope chasing easy money or believing that this or that job will provide you the opportunity to do what you really want to do.

This is a trap and one of the many fallacies of life that you have to learn as quickly as possible. Because, after all, if you always take the path of least resistance by becoming the go-to person to perform those shit jobs that’ll become your role in life. 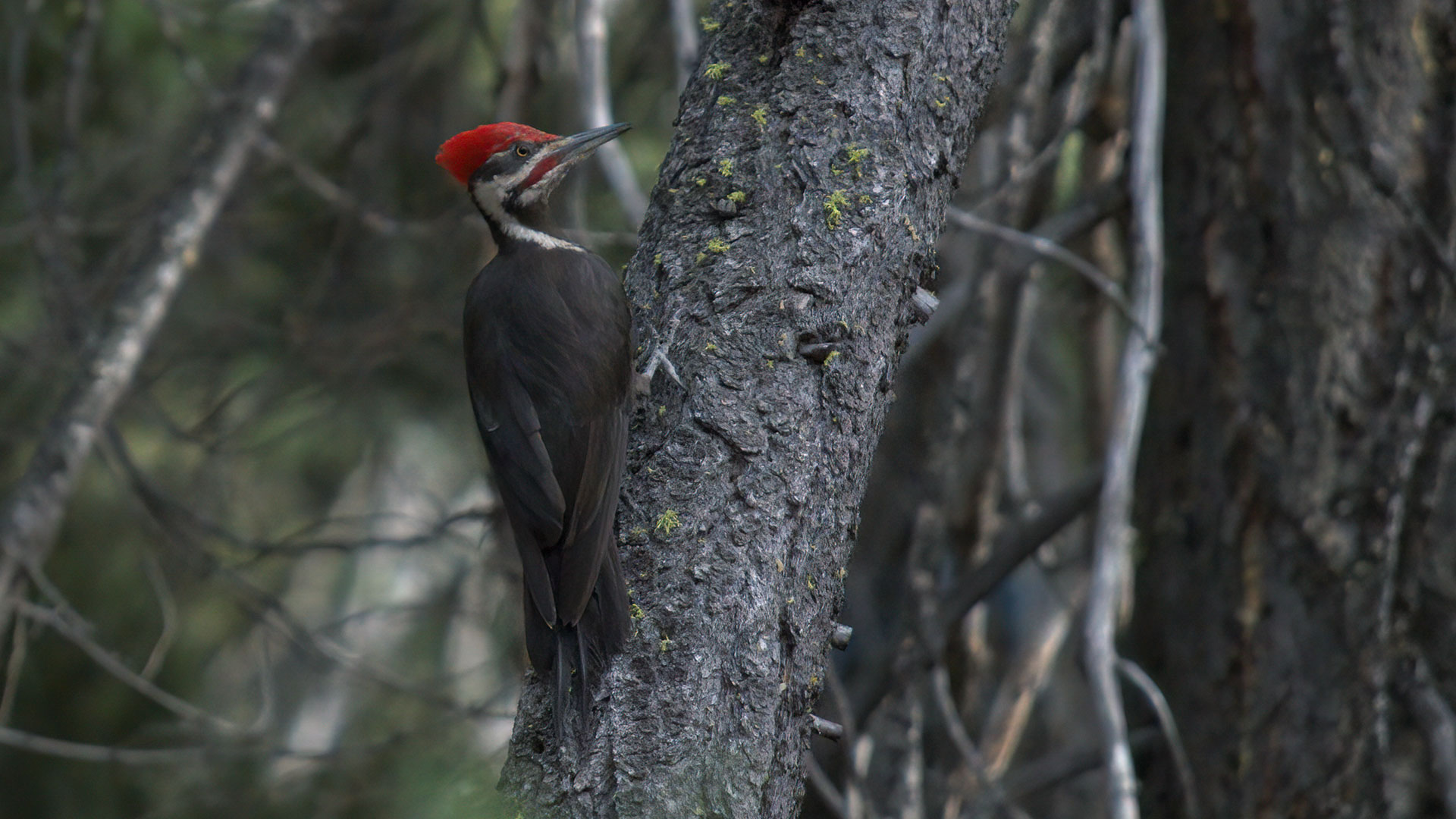 The last point I’d like to make about the law of attraction is that you need to be aware that once you do attract the type of person or group of people in which you want to belong, you’ll ultimately end up forming an exclusive club. Those who do not fit the bill will be left behind and not included. At that point you may find yourself starting to consider putting up a gated fence around you and all of your friends. And you may come dangerously close to succumbing to group-think or embracing a mob mentality.

There is a balance to every equation. And, everything that seemingly benefits you ultimately will wind up extracting something from you.

Stop talking about it, and just do it. 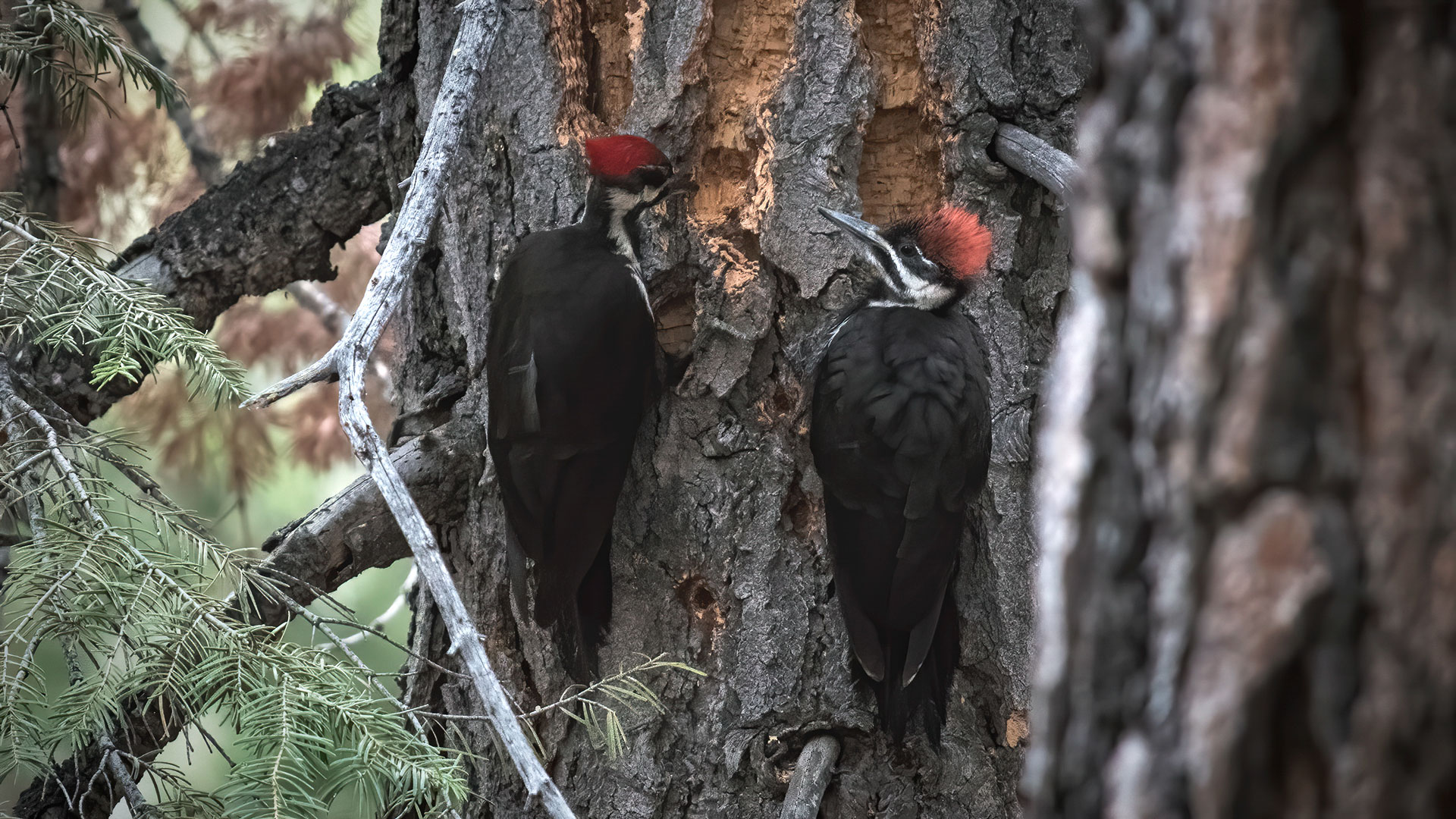 What adventure have you been putting off, and when will you fully embrace it?

The YouTube video I published last month is far longer than my others (to-date), but I’m pleased with the results. I had originally created a much shorter video about Pileated Woodpeckers during my Spring 2020 CA Naturalist Certificate course. However, not long after I created it I chanced upon the family of four Pileated Woodpeckers prominently featured in this video. Since I had so many more photos and better quality footage, I decided to completely overhaul that original project and give it the royal treatment. Anyway, I don’t blame you if you don’t watch the whole 16-17 minutes of this video. But I’d really appreciate it if you did 🙂

Below is my official certificate for completing the California Naturalist Certificate course this past spring. Although we had to submit our work and conduct our discussions online (due to COVID 19), the class was super rewarding.

Participating in the naturalist course not only generated new project ideas for me to create but, more importantly, new approaches to building and presenting those projects. The reason I say this is because at the heart of naturalism is the principle that every system is connected. Instead of studying natural processes and organisms strictly in an isolated environment or situation, you can gain a greater understanding when looking at the subject matter in question as part of a larger picture. I believe, in many ways, I’ve embraced this way of interpretation throughout my life. But, for some reason, I think that approach has been missing from much of my recent work.

So, I look forward to creating some even more interesting and engaging projects from this day forward 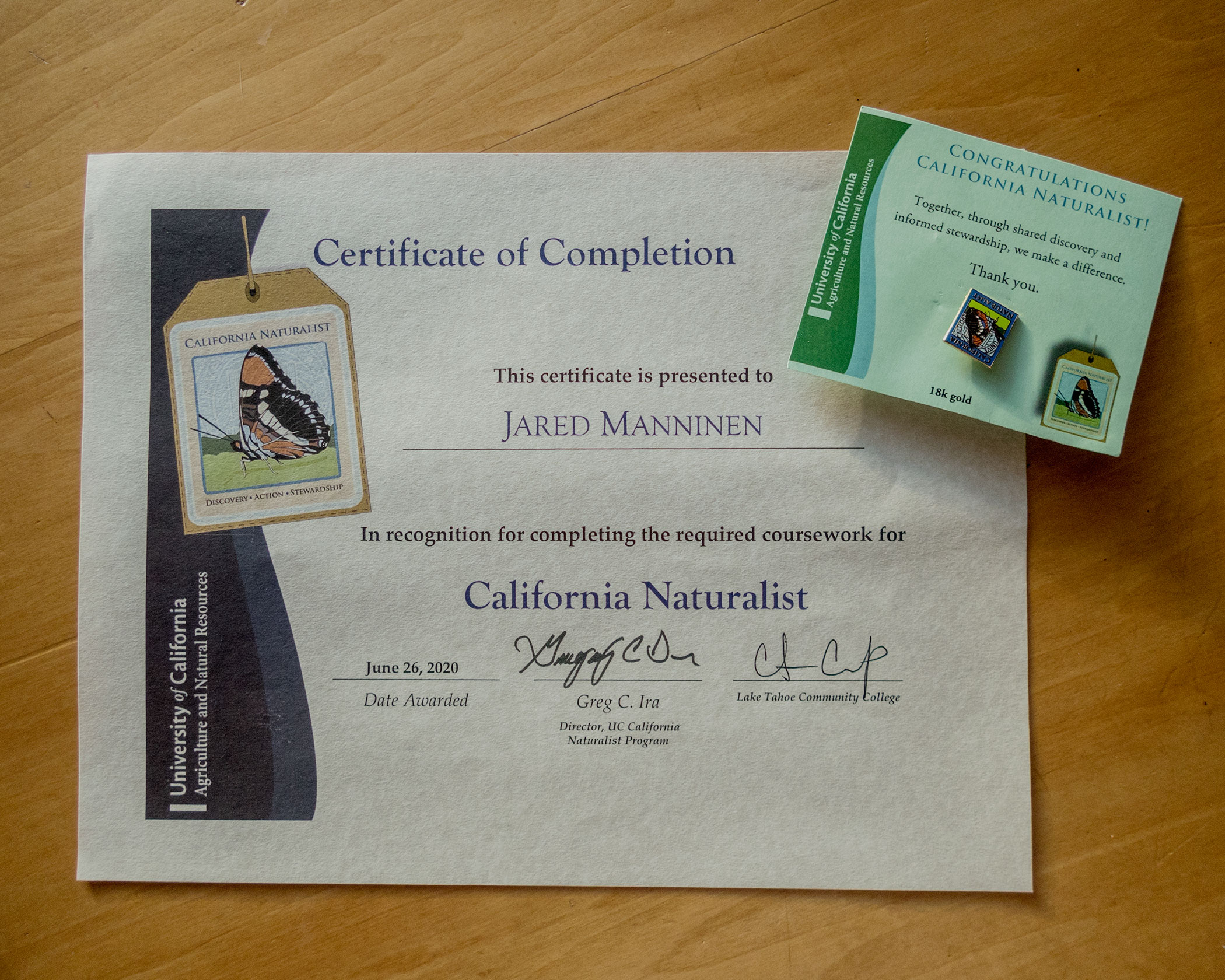 My official certificate of completion (and pin) from taking the CA Naturalist course during the Spring of 2020.

Here are three photographs I uploaded to my RedBubble account (prints and merchandise) that feature some of the cool birds that I’ve seen at Lake Tahoe: Great Blue Heron, Pileated Woodpecker, and an American Kestrel. 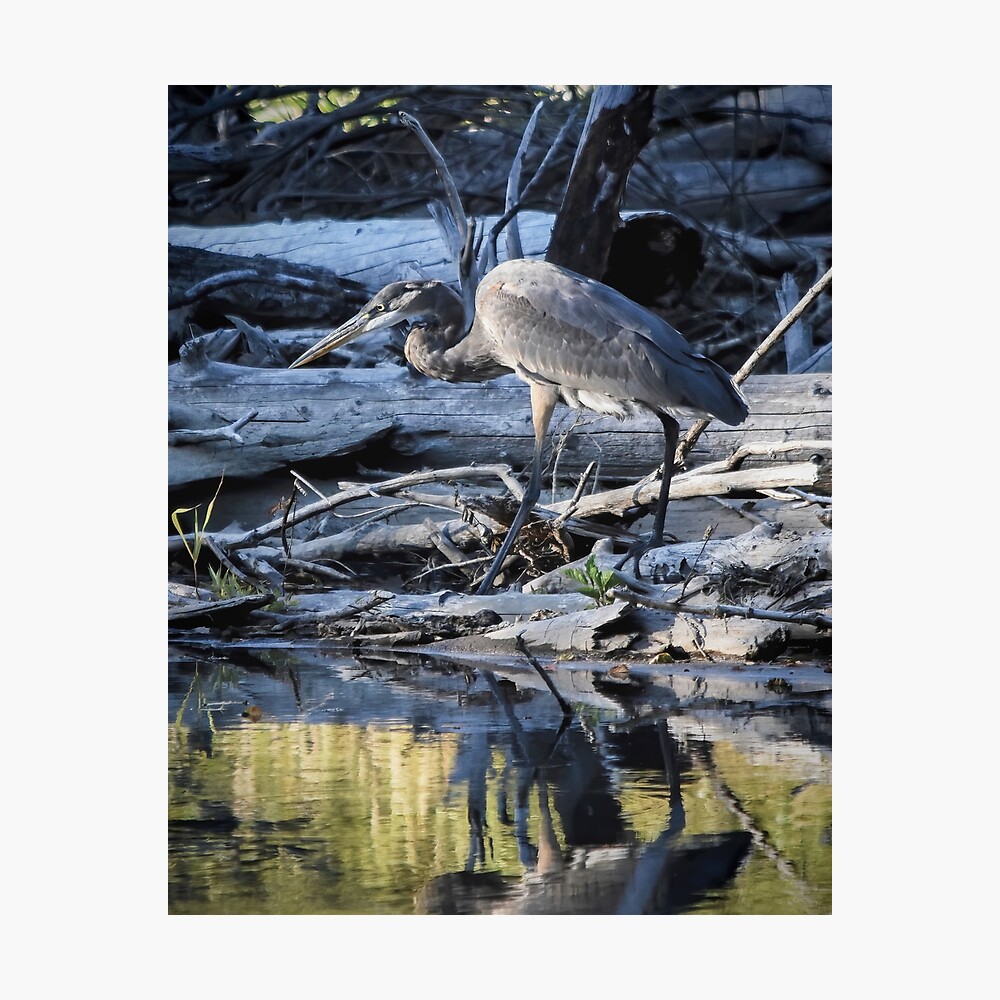 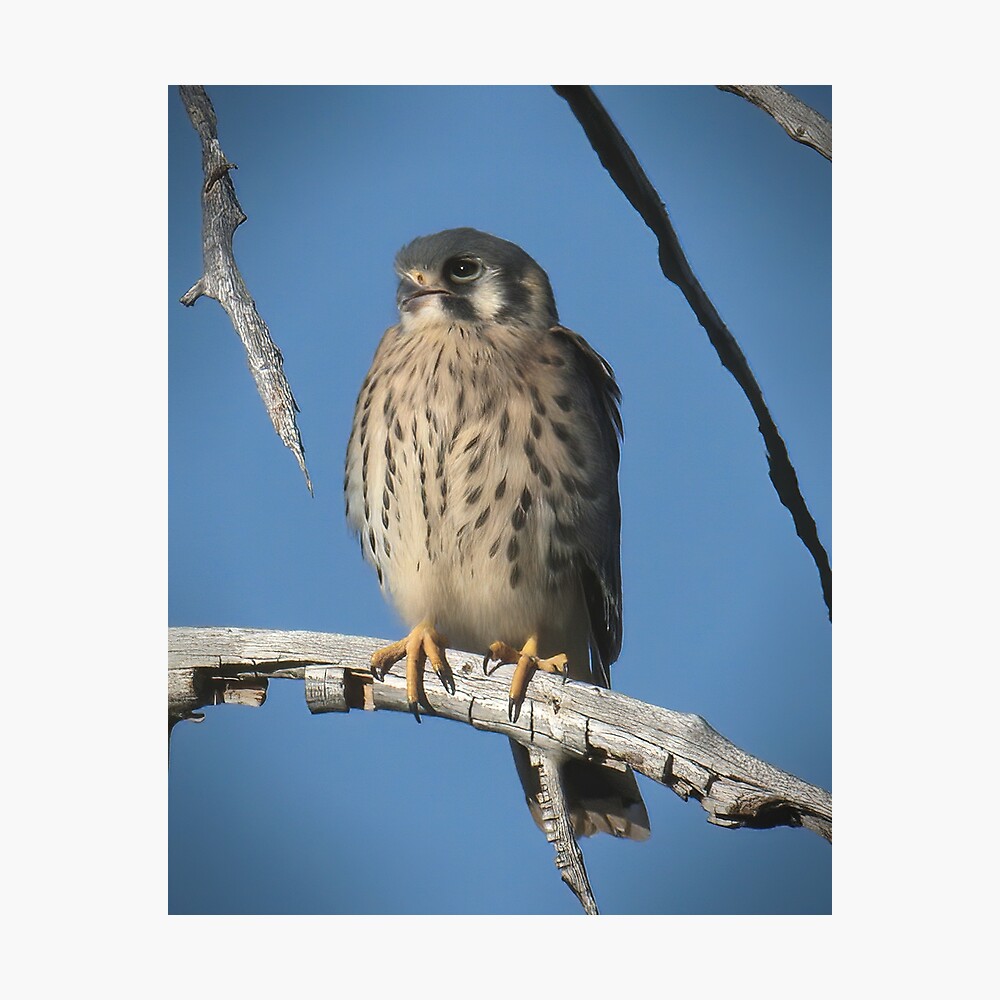