Winter is rapidly coming to a close here in Tahoe. Most ski resorts, including the one at which I work, are now either officially closed or slated to be within the next couple of weeks. This time of year always makes me feel a little sad because winter is by far my favorite season. Believe it or not, I actually prefer the struggle of winter over the convenience of summer. Maybe it’s because just going to the grocery store in the winter can be an adventure!

Although I’ll miss the snow and cross-country ski adventures, I am looking forward to the warmer months more than usual this year. I can’t quite put my finger on it, but I think it has to do with the fact that I don’t have any major commitments to address in my immediate future. I’ve also had a successful winter in that I’ve completed a number of important goals and projects. So, I’m excited about carrying that momentum with me into summer.

The cross country ski resort remained open until April 3rd, but my last day of work was actually on March 27th. Since then, I’ve been readjusting to my usual time off between jobs (aka the “shoulder season”). A large part of my experience this time around has been to take inventory of all my “stuff.” 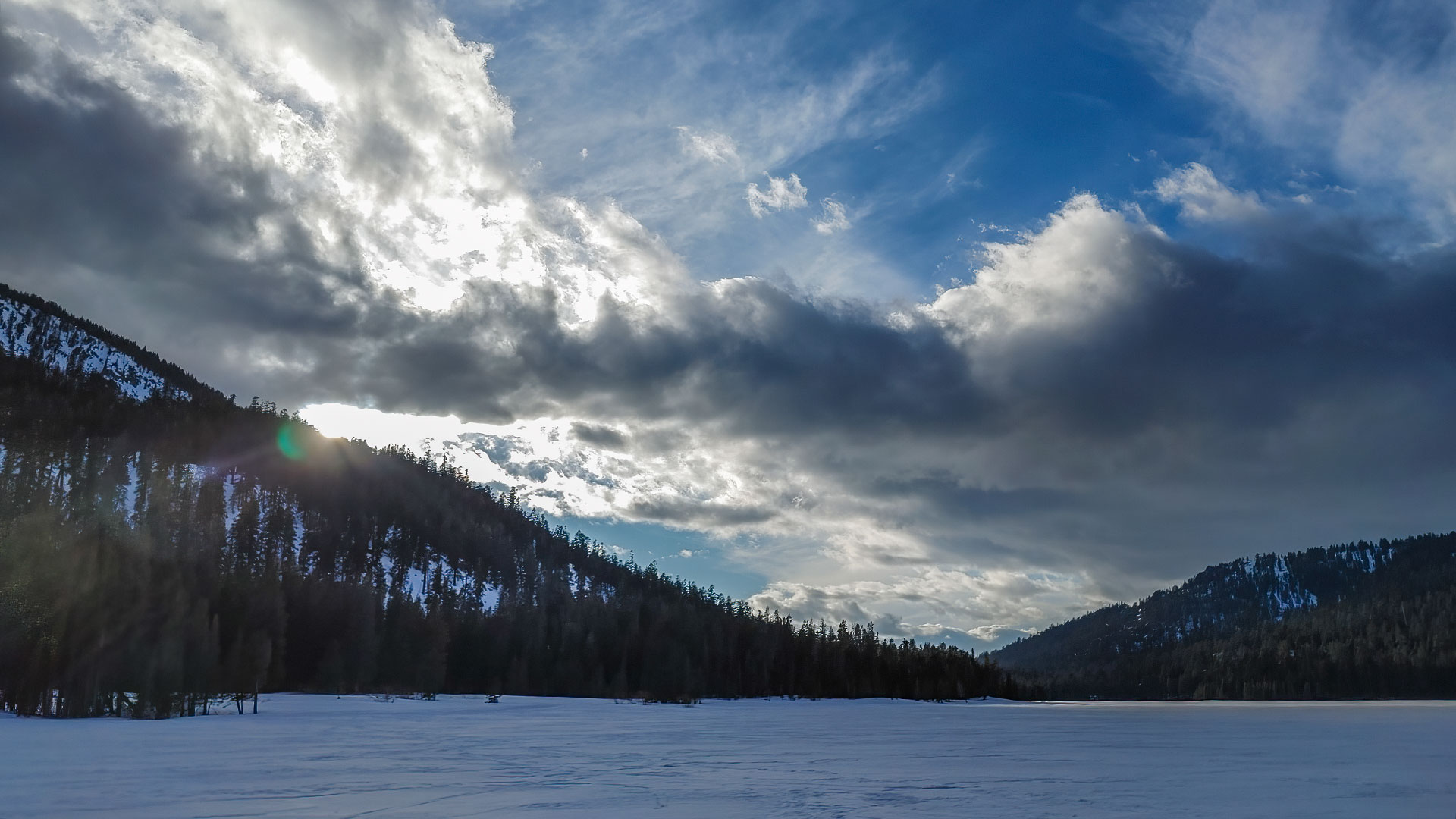 Spring is a great time to re-evaluate our “stuff.” And, when I talk about stuff, I’m not just referring to the pine needles and other natural debris that’s gathered in the yard over the winter. Nor am I only referring to the collection of junk that’s manifested in the garage, corner of the bedroom, or wherever.

The physical aspect of decluttering our lives, such as cleaning up the yard or sorting through our possessions is obviously important. However, I believe it to be more important to unpack the mental baggage that we’ve accumulated over time and then to address it in a meaningful way.

We’re just coming out of winter and, chances are, we’ve all fallen into certain habits or routines that are less than desirable. What I find for myself is that toward the end of a long-term commitment, project, or challenging season, for example, I begin to slip. I start caring less about certain things that are still important to me because all I can think about is just reaching the end.

Keep in mind that I’m not describing a marathoner running on fumes as they sprint across the finish line in a grand display of human endurance. Rather, I’m talking about the defeated person who trips, falls, stumbles, and crawls across that finish line. Even though both runners technically finished the race, their experiences are vastly different. I’ve been in both situations more than I can count and, trust me, the former feels way better than the latter. 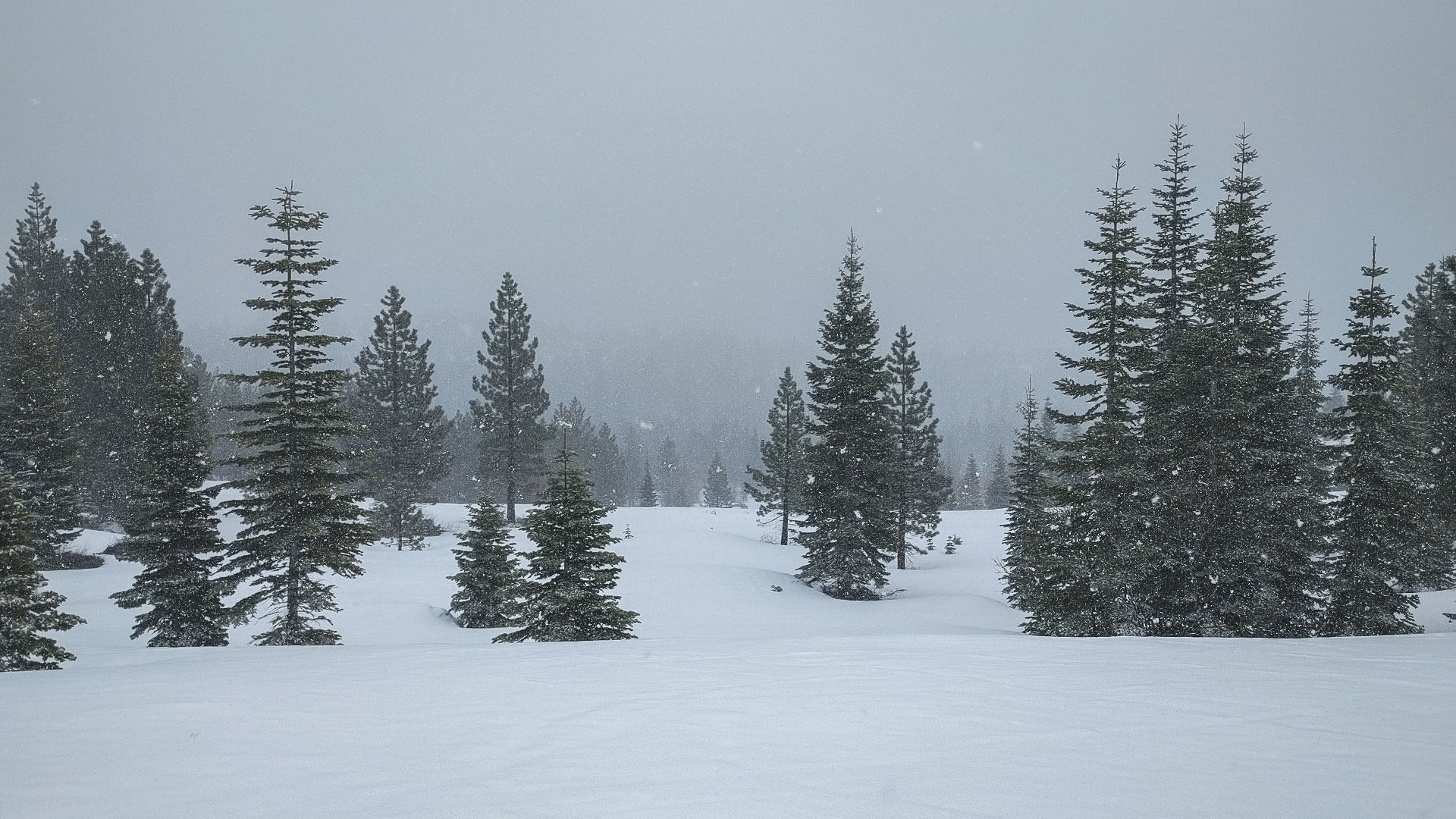 Snow day, albeit a brief one, at Tahoe Donner Cross Country on March 19, 2022. © Jared Manninen

Just like the marathon runners in the previous example, things begin to come undone the further we venture down the path. It’s the nature of the beast. Gear wears out through use. Our minds begin to stray the longer we try to maintain our focus. At some point during the journey, thriving yields to merely surviving. So, we have to periodically check in with our priorities and practices to ensure that they’re in alignment. If we don’t take the necessary time to embrace this process, moving forward in life becomes a constant battle because one thing after another (whether real or imagined) will conspire to derail us from our purpose.

Thoughts, intentions, priorities, habits, goals, and relationships, just to name a few things, are all fair game for determining what to keep and of what to let go.

My recommendation is that you don’t just pull out that old stuff for a quick peek, and then stick it back into the closet from where it came. This yields no change in our lives. In fact, all it really does is remind us that it’s still there (and probably still affecting our lives) and it won’t be going anywhere any time soon. But we already know this, right? Because, well, if we don’t deal with it nobody else will. It’s our stuff, after all!

Don’t get me wrong, thinking about it is a start. However, it’s not enough to just think about making a change in our lives. We actually have to take some action. So let’s not wait for a rainy day to clean out that closet. Let’s treat today – right now – as that rainy day.

I realize that we’re not going to rid ourselves of long-term behaviors or life-altering trauma, for example, in a week or a month. Those situations require a lot of work over a sustained period of time. But we need to start the process. 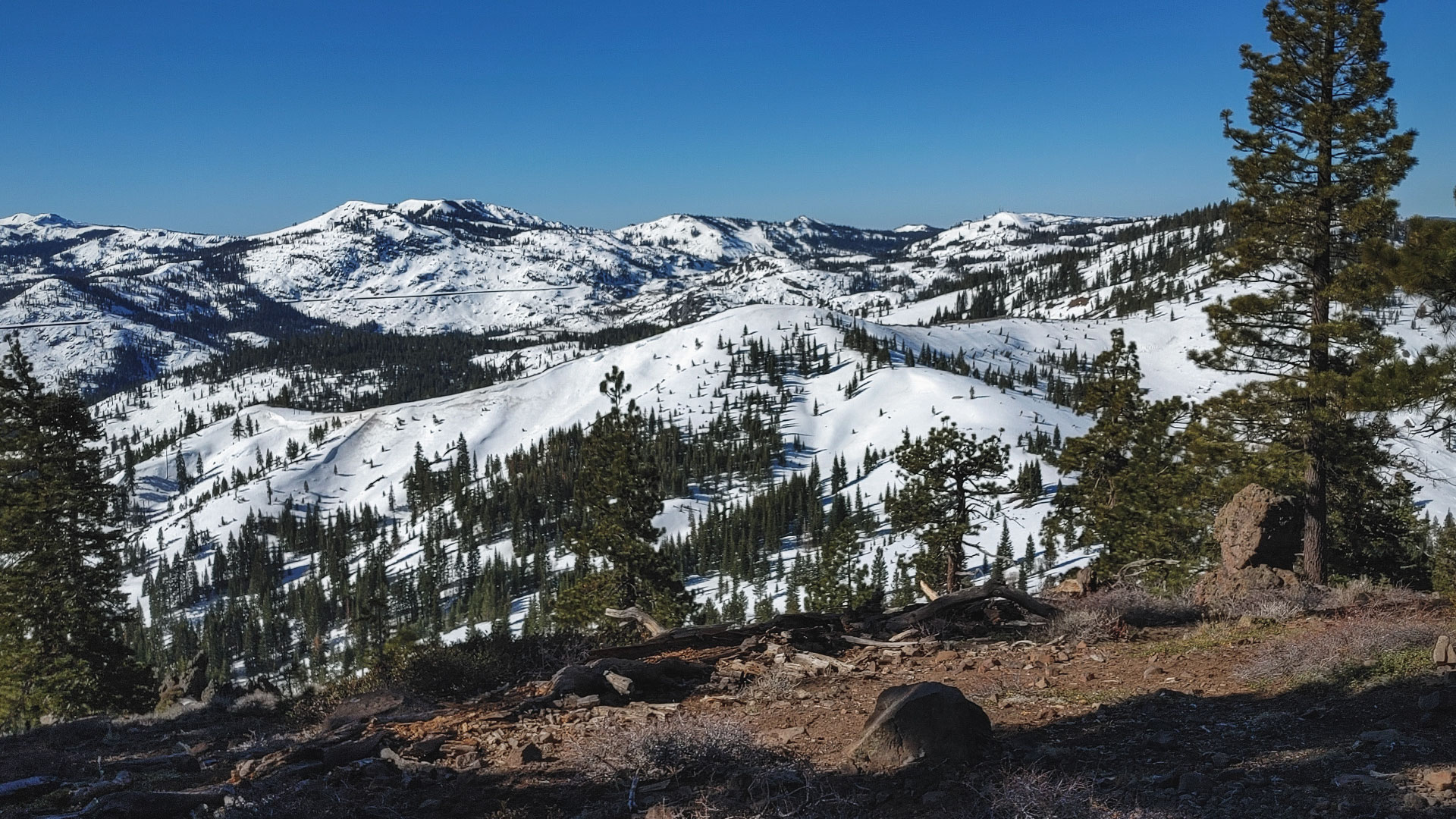 There are numerous places in which to begin this mental recalibration. You’ll have to choose where you want to start. But, for me, the benchmarks for my state of mind and clarity of purpose are the conversations that I have with people. What am I talking about? That’s not a rhetorical question, by the way. I actually consider the topics in which I routinely discuss, the words in which I use, and how I feel after each conversation.

Most often, the red flag signaling my need to begin this process of self-reflection is when I find myself complaining about everything. Or, rather, I don’t have any positive things in which to share because my mind is so wrapped up in some irrelevant situation that wouldn’t elicit a second thought when I’m on my game.

Whether we want to believe or not, that which we speak about consistently is a priority in our life. If we’re speaking about it, we’ve more than likely developed arguments for or against the subject. This means that we’ve definitely been thinking about it a lot. Probably too much, in fact. And there’s a good chance that we’ve been thinking about it in the middle of the night, for example, when we should be sleeping. 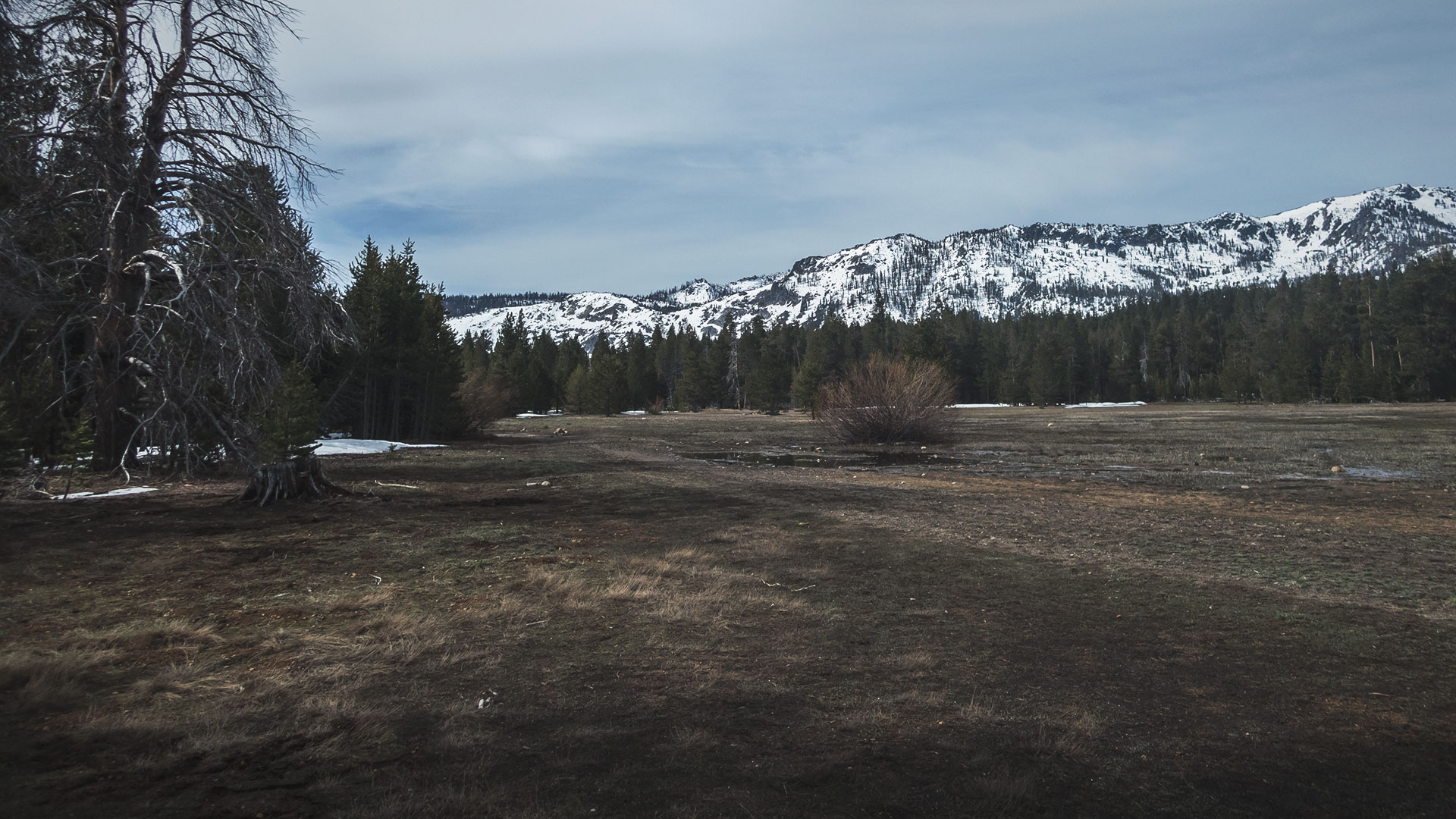 Remember, just because we feel compelled to think about or dwell on certain things doesn’t mean that they’re actually important. They’re probably something that needs to be addressed because we wouldn’t be thinking about them otherwise. However, when we’re not actively engaged in pursuit of a goal or mission it’s really easy to let any and all of life’s little challenges occupy way too much real estate in our minds. Then, these issues cause our lives to grind to halt because we just can’t let go of them. Again, if we don’t have alignment between our thoughts and actions and be working toward something positive, we’re not going anywhere.

So the best way of approaching this whole process, as far as I’m concerned, is to decide what you want out of life and go for it. This is not a new concept for those of you who’ve been reading my work for all of these years. And it seems fairly straightforward even if you haven’t, right? But asking for and then pursuing your dreams is no small task.

But if you had your way, what would you like to accomplish from this day forward?

Call this thing a goal if that’s what you prefer. But call it something. Don’t let your dream be some vague idea that dies on the vine. You have it within you to make it happen, but it’ll require sacrifice. And that sacrifice usually takes the form of letting go of old stuff, old limiting beliefs, and old relationships. 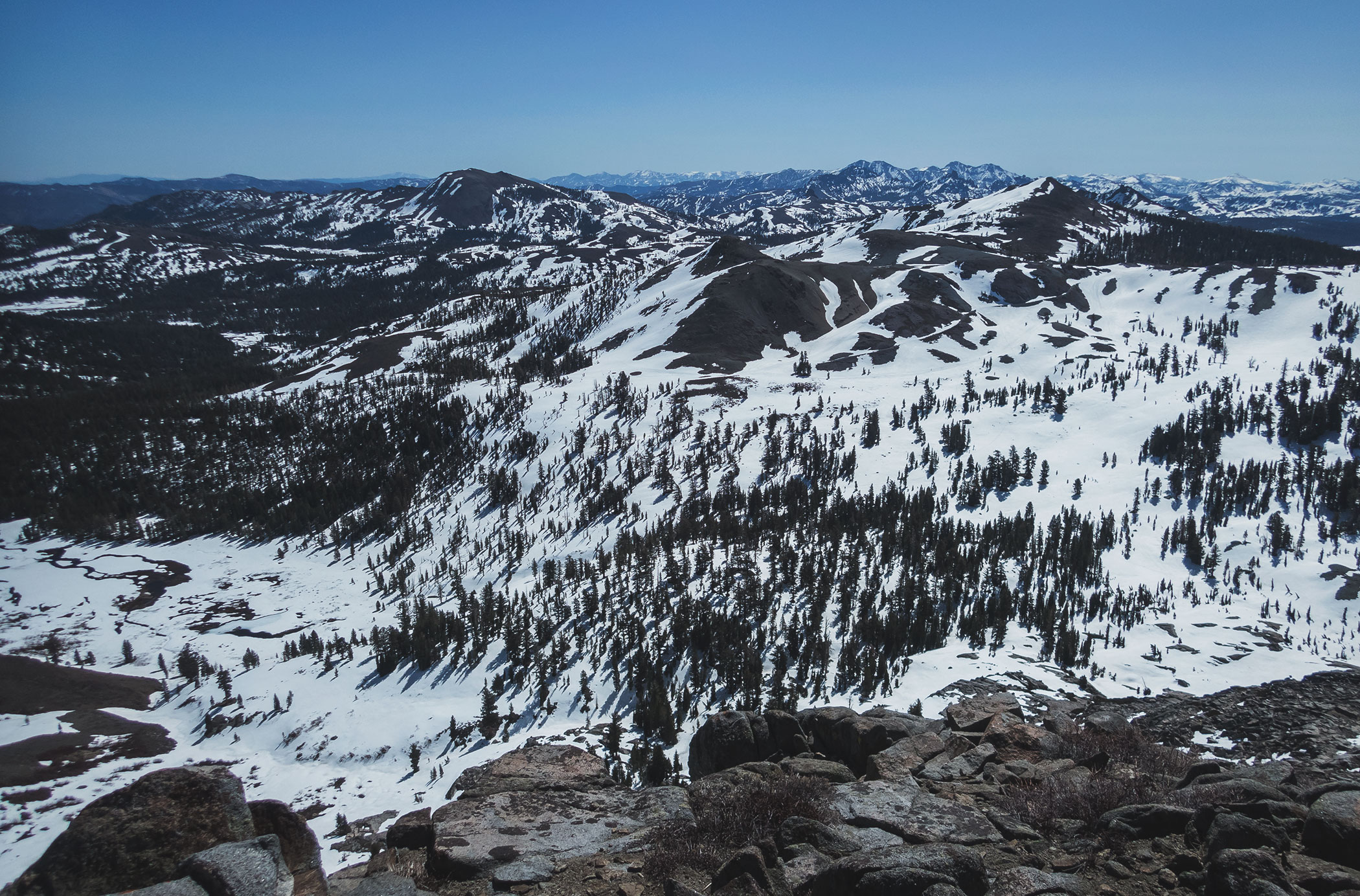 The Tahoe Institute for Natural Science (TINS) is hosting the 2022 Tahoe Wildflower Big Year. So, I’ve already started to log a bunch of plant life identifications. But I still take photos of birds when given the chance 🙂 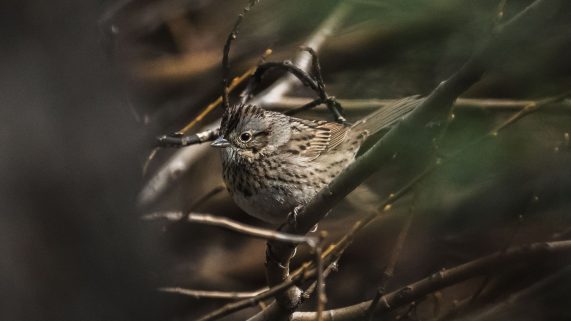 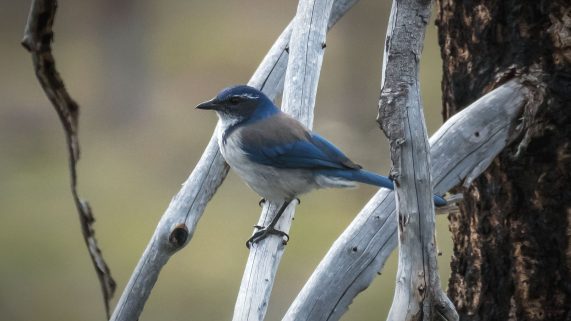 Gear will not necessarily make you a better athlete, artist, or whatever. Possessing the necessary skills to operate the gear is the true factor behind success. However, gear lust is a real thing and I succumb to it as much as the next person 😉 For me, though, gear is simply a means to an end. It’s not something to be coveted or collected simply for use as a status symbol. Please note when reading the following Tahoe Trail Guide article that, although I used cross-country skiing as the example, investing in technique more than gear is relevant to any endeavor. 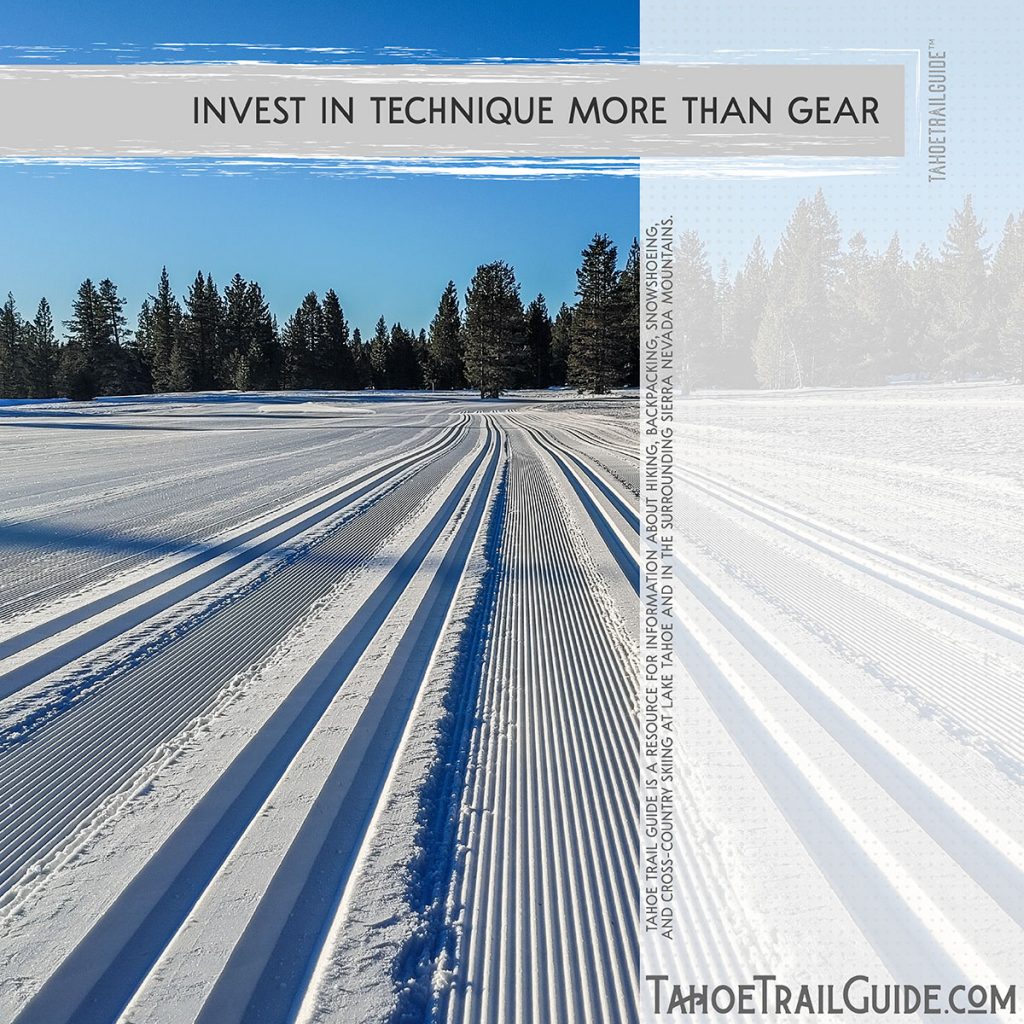 In the Outdoor VLOG #29, I discuss my winter’s cross-country ski experience of logging 100 days on xc skis and earning my PSIA Level 2 Cross Country certification. You can also watch me practice cross-country downhilling on really firm and fast snow at Carson Pass 🙂

The second video is a brief how-to lesson on applying storage wax to your cross-country skis. It’s a simple process, but everything seems a little easier to do after watching someone else perform the activity.

I probably won’t be publishing too many more (if any!) cross-country ski videos this season since winter definitely feels like it’s coming to a close. We’ll see, though. Stranger things have happened!

Lake Tahoe has something for everyone looking for outdoor adventure. In addition to the video about hiking in the spring at Lake Tahoe (toward the bottom of the page), I offer a few Tahoe Trail Guide articles that I’ve written over the years that are always relevant at this time of the year 🙂 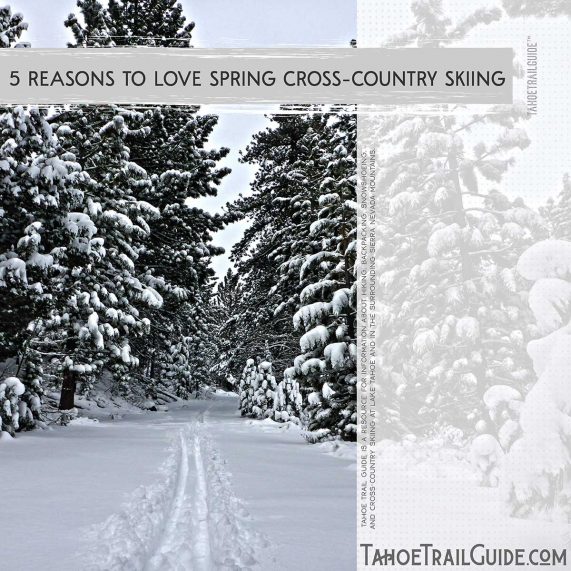 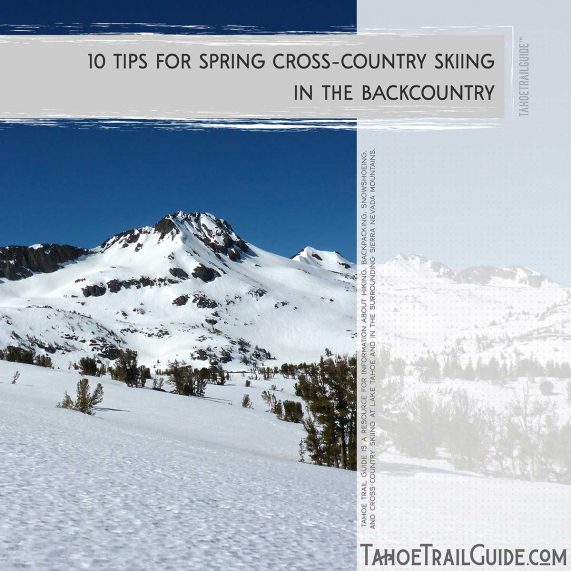 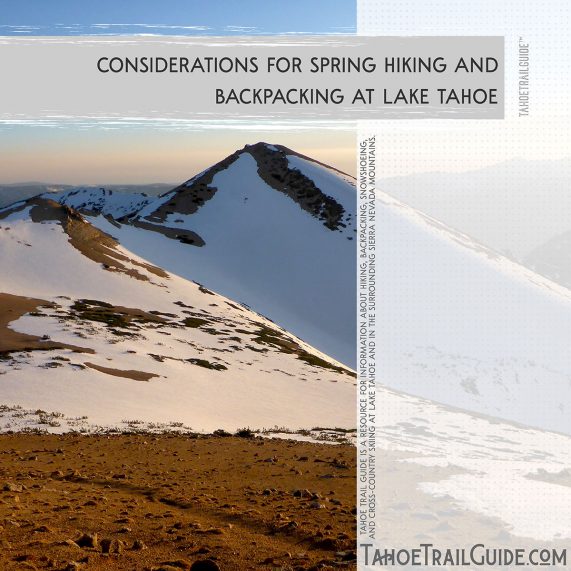 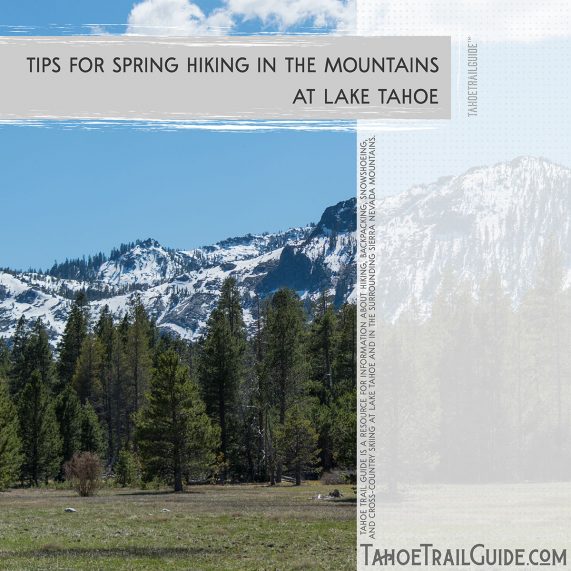 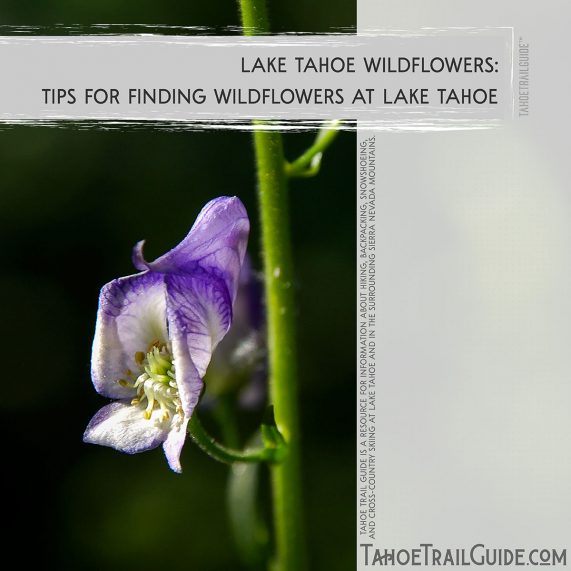 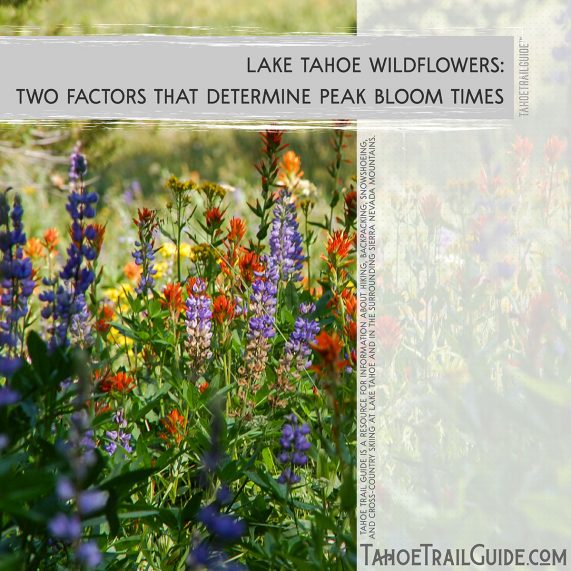 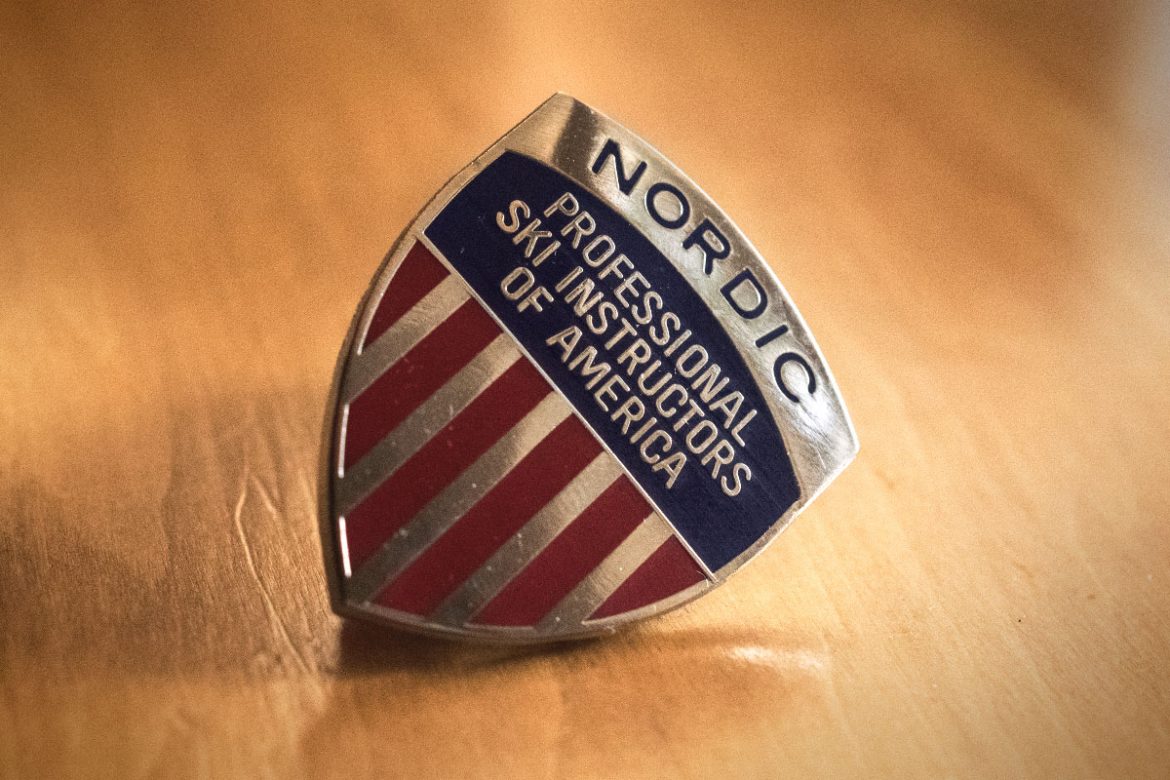